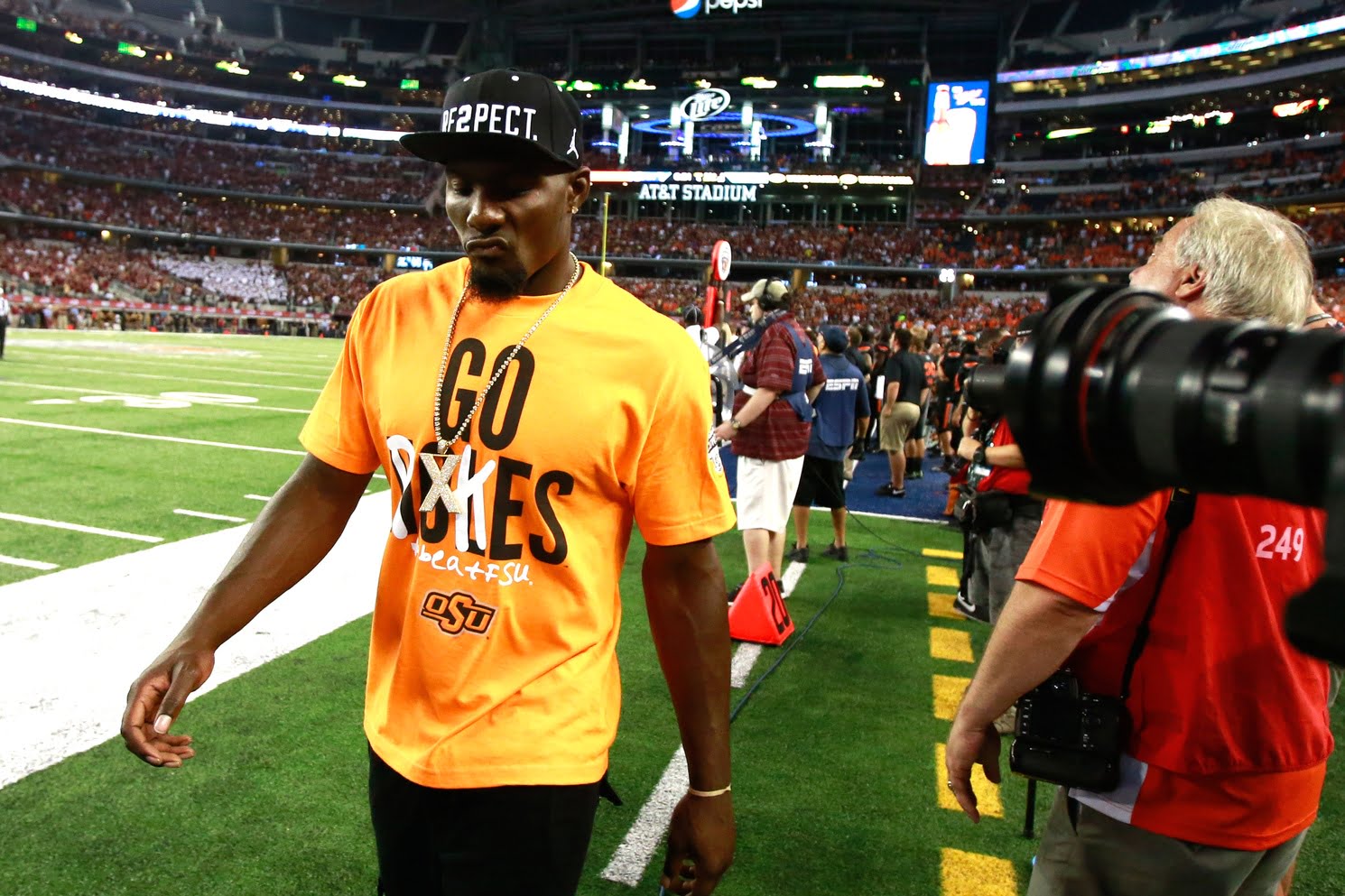 Back in 2011, the UTSA Roadrunners played their first game as an official collegiate football team. In the time it took for Brandon Weeden to win the Fiesta Bowl, get drafted to the NFL, be mercifully booted out of Cleveland, and land in Dallas, this program has gone from starting existence as an FCS independent to being a competitive member of Conference USA in the FBS.

That’s quite an achievement.

Granted, it seems like a lot longer if you go by Justin Blackmon’s timeline. He managed to pack a lot more living into the past three years.

I actually remember when UTSA started their program because I made the easy joke about how the SEC was already trying to schedule them even before they held their first practice. The truth is, however, that plenty of teams were ready to schedule the team that’s only been in existence for during the administration of one US President. But those same teams aren’t quite as excited about games against the Roadrunners now.

Larry Coker, who has ties to seemingly every college football program, has turned UTSA into a bonafide Cinderella. And here you thought turning Ken Dorsey into college football royalty was the biggest miracle anyone could pull off.

Speaking of miracles, Willis McGahee is able to walk after a horrendous knee injury that Coker had front row seats for. That means, however, that he wasn’t able to hear in real time the reactions of Dan Fouts and Keith Jackson. If you’re not familiar with one of the greatest calls in football history, do yourself a favor and check it out on YouTube. I’ll just wait here.[1. Ed. note: Do not check this out on YouTube. Please, I beg you.]

To kill time, how about Kyle’s latest scandal: Headlinepocalypse? Crazy how his headline about JW Walsh generated so much hate while other sites ran similar headlines with no blow back. For example:

Daily Oklahoman: Here’s Why JW Walsh Being Out For The Season Isn’t As Interesting As Anything OU Is Doing’

ESPN: Why We’re Glad JW Walsh Got Hurt Instead Of An SEC Quaterback

Upworthy: JW Walsh Is Out For The Season And A Blogger Kid Is Happy, The Reason Why Will Put You In Tears

Oh hey. Did you watch that clip? Jackson’s simply adding “Yup” is why he’s a Hall of Famer.

Tucker Carter, senior QB. Coming into this season, 100 percent of Carter’s touchdown passes in D1 football had come against OSU. Clearly, he gets up for games against the Cowboys. Both of his names could also be either first or last names, which seems to suggest that he’s indecisive. Should be a big day for the O-State secondary.

David Glasco II, senior RB. He led the team in rushing last season but tallied less than 500 yards. This season he’s in a similar predicament leading the team with 116 yards rushing through 2 contests at a robust 3.1 yards per carry. He’s also managed only 15 receptions in his 3+ years as the starting tailback. Well, maybe you didn’t really need to know David.

Nic Johnston, senior safety. Leads the team in tackles and isn’t the combo guard who played for Arizona last season. His name was Nick Johnson. The more you know.

So why should this team make the opposition nervous? For one, they have the one thing that OSU is lacking: experience. Well, football experience. The boys in orange may have some life experiences that have really taught them some valuable lessons. How should I know?

Combine that experience with Larry Coker’s tutelage and you get a team that generally doesn’t beat itself. Mainly because that’s practically impossible by the rules of football. I guess you could rack up a bunch of safeties.

But UTSA will almost certainly not do that. They also likely won’t turn the ball over or commit costly penalties. That means they could be hanging around late in the ball game when one big play here or there could be decisive.

Because they possess the potential to be spectacular where UTSA is decidedly unspectacular. Regardless of who is taking snaps for OSU, it’s going to be next to impossible to hold the offense under 30 points, as evidenced by the long string of opponents who have failed to do just that. I’m not as convinced that the Roadrunner offense can keep pace.

I’m excited to see how Daxx Garman is improved in his second game action in the last five years. Uh, not that I wanted to see JW get hurt. Long live JW! Please no hateful tweets.

As poorly as everyone thought the Cowboys played last week, they did improve in two big areas from the opener against the champs. They didn’t turn the ball over and they didn’t commit crushing penalties.