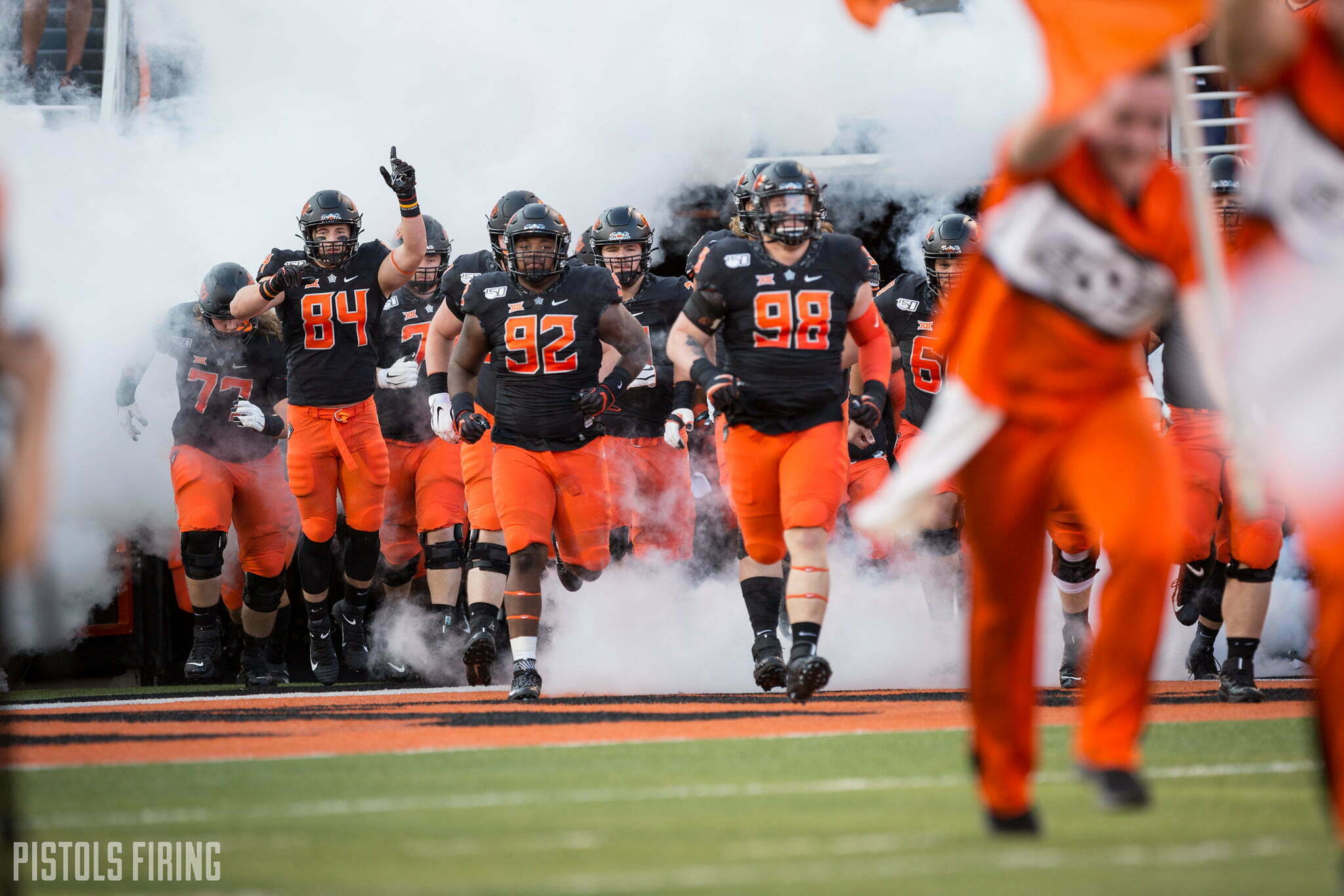 It’s been an eventful couple of weeks on the recruiting trail for Mike Gundy & Co. Let’s get caught up on several offers and announcements to come about in the early goings of 2021.

OSU on the Hunt for RB

Regardless of who returns to OSU’s backfield in 2021, there will be a lot to back filling to heading into 2022 and the coaching staff has been actively looking for its next RB1.

A cycle after taking in a running back commitment from high-schooler Jaden Nixon and from Utah State transfer Jaylen Warren, it’s possible both could be takes for OSU this cycle. The Pokes lost Chuba Hubbard to the NFL, Deondrick Glass to the transfer portal and, potentially, LD Brown should he opt to decline his final year of eligibility afforded to him by the NCAA. Either way, this upcoming cycle looks to be important for the RB position and OSU is showing it is a high priority.

The Cowboys were in on the touted DB long before he was quite so touted, and it might pay off. OSU was the fourth of now nearly 30 schools to come calling, and did so over a year ago.

Now the Cowboys are among the Top 10 contenders for his talents along with Nebraska, Auburn, Oregon, Mississippi State, Cal, Baylor, TCU, Texas and Notre Dame.

Some In-State Competition for an In-State Baller

Bixby tight end Luke Hasz picked up a pair of offers in the last week with coaches from Kansas State and OU throwing their purple and crimson hats in the ring.

You hate to see it.

OSU was the first to offer Hasz back in December. But with his measurables (6-4 and 218 pounds) and his versatility, expect many more suitors to follow.

Cowboy coaches extended an offer to three-star (and surely rising) gunslinger Tayven Jackson earlier this week, but they weren’t alone. Since Jackson tweeted out the OSU offer last Friday, Arkansas, Florida State and Georgia Tech have all joined the party.

Jackson is more than an intriguing prospect at 6-foot-5, 185 pounds and with another year-plus to go. He’s got a cannon for an arm and some wheels to boot.

It’s been a busy week for the unranked (but not for long) defensive end from Texas High School (Texarkana, Texas). Kansas was Brown’s first offer on Christmas Day, with a handful more following over the next couple of weeks.

Then starting last Thursday, his offer sheet has grown exponentially with the likes of Baylor, OSU, Oklahoma and Arkansas following suit. Brown comes in at 6-foot-4 and 200 pounds, and still has another year to develop before joining the college ranks, but he was plenty disruptive this past season.

Brown was a junior college All-American before walking on for one season with the Runnin’ Rebels. At UNLV, Brown handled kickoff duties in six games and punting duties in three. He averaged 45.5 yards per punt.

OSU Adds PWO Running Back ahead of Spring

As we touched on earlier, you can never have too many productive rushers in the room.

The Cowboys added 2021 running back Asa Osbourn as a preferred walk-on for 2021. Osbourn rushed for nearly 1,200 yards and scored 13 rushing TDs for Denison High School in Texas, where he also ran track.

Maybe Osbourn can work his way up running back depth chart that’s promising but still has plenty to prove and earn reps, a la Micah Cooper in 2019.

Oklahoma State is one of several schools (including Oklahoma and Texas Tech) to offer a preferred walk-on spot to Ralph Rucker. The Lovejoy High School (Lucas, Texas) quarterback led his team to a 13-1 finish last season helping him earn District 7-5A MVP honors.

The Cowboys add another specialist in punter/kicker Mason Shipley as a preferred walk-on. Can’t have too many dependable boots in the locker room, as we saw last season.

The Cowboys have had plenty of luck securing preferred walk-ons that turned in meaningful production, especially along its offensive line. Several of those have later been put on scholarship. This week, Cowboy coaches fired off a ton of those PWO offers.

Robert Keller (OT, Frisco, Texas): Keller might be the next success story to see his face land on OSU’s Wall of Walk-ons. He’s big, self reporting at 6 foot 6 and 305 pounds, and is a Class of 2021 prospect that could get right to work with Coaches Glass and Dickey.

Peyton Kramer (WR, Ft. Worth, Texas): OSU is always looking for the next diamond in the rough wideout. Could it be Kramer, the All Saints receiver who listed a 4.4 40-second time in his Twitter bio?

Bert Auburn (K, Flower Mound, Texas): OSU extended a PWO opportunity to a kicker with a serious leg in Bert Auburn. He may be kicking with the wind, but 65 yards is 65 yards.