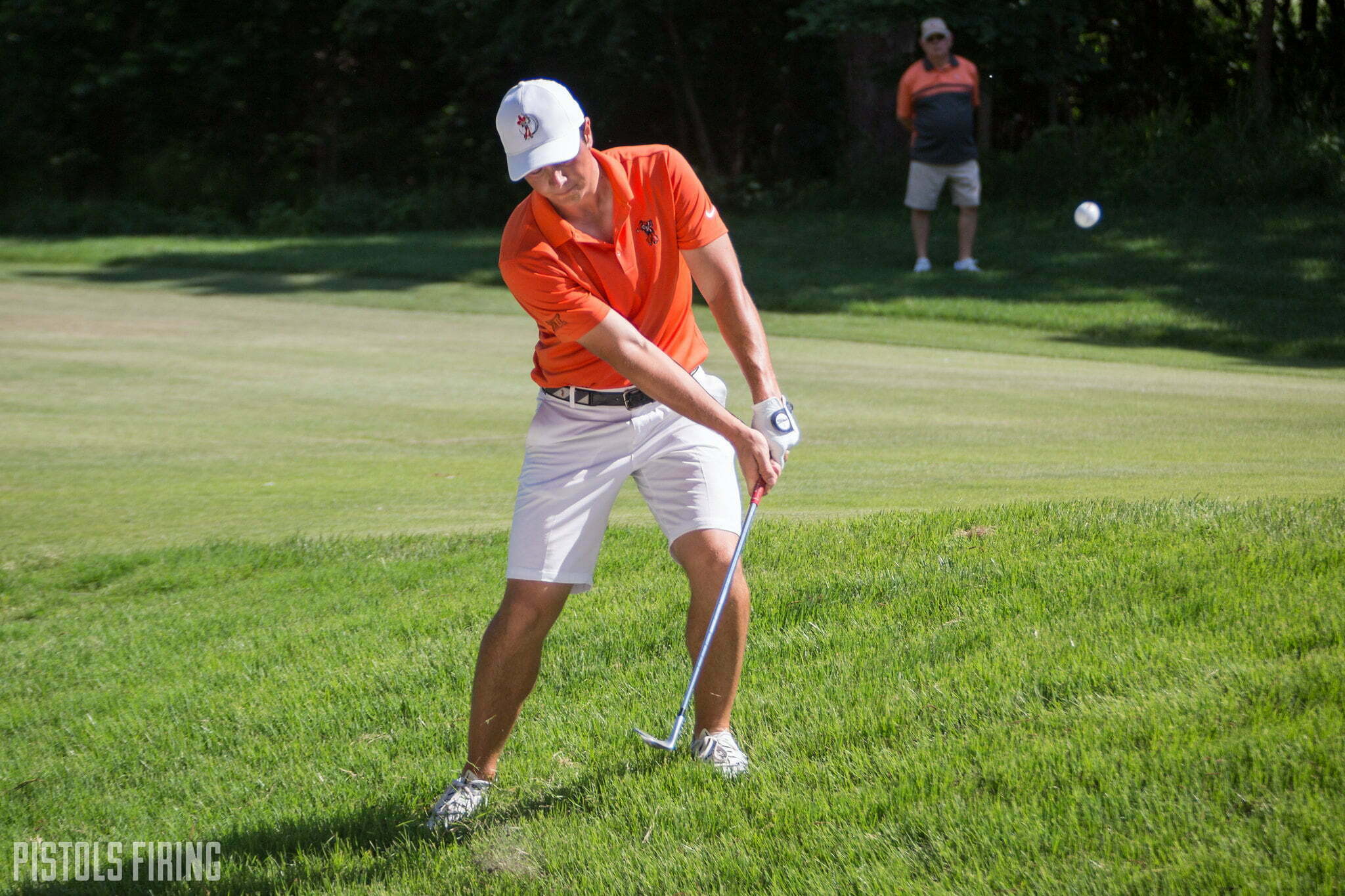 Oklahoma State, where college sports activism is a way of life.

Following the foundation its football program laid for the College Football Playoff to take place — you’re welcome, coaches who make seven figures a year or more because of all that TV money — and other smaller issues like the Daton Fix Rule, there is now a Viktor Hovland Rule.

I mentioned on Sunday that Viktor Hovland missed out on his PGA Tour card, in part because he was unable to count FedEx Cup points he earned at the Masters and U.S. Open because he was still an amateur. That rule isn’t changing. The PGA Tour still won’t allow you to count points while playing as an amateur.

Howevah! The USGA has implemented a rule that now allows golfers to turn pro and still play in the U.S. Open, even if they qualified as an amateur (as Hovland did). So let’s say Hovland would have turned pro after the Masters this year, despite being the U.S. Am champ, he would have forfeited his entry into the U.S. Open at Pebble Beach because he initially qualified as an amateur. Who wants that?! Not the USGA.

Now, golfers like him will be able to turn pro and still play the U.S. Open. That’s a big deal and it has several implications. The first and most obvious is that it allows you to count your FedEx Cup points from the U.S. Open toward your total. It also allows you to have more starts on the PGA Tour after turning pro. Hovland, because of the condensed PGA Tour schedule, only got to use five of his seven sponsor exemptions after turning pro. In this scenario, he would have more easily been able to use all seven because he could have turned pro earlier in the year. That’s a good thing.

“We believe this change gives our champions an important option as they choose whether and when to embark on their professional careers,” said USGA Senior Manging Director, John Bodenhamer in a statement. “Given the significant purses awarded at the U.S. Open and U.S. Women’s Open, we realize how important it is for players to make the most appropriate decision for his or her career, and the positive impact it could have at the outset of their professional careers.”

Hovland a casualty of the new schedule. Before a US Am Champ could play the Masters & US Am and get his 7 allotted sponsor exemptions. Now there are only 5 full field events between the US Open and the FedEx Cup Playoffs. Shame he will have to go to the KFT Finals.

The bad part is that it might incentivize players to turn pro earlier and forfeit some portion of their college career. Imagine if the Masters follows suit. You could have had a scenario in which Hovland turned pro at the end of the first semester, still played in the Masters and U.S. Open and gotten all seven of his sponsor exemptions on the PGA Tour. Good for him but potentially bad for OSU.

Ultimately this is probably a good thing because it doesn’t apply to very many players. There’s only one U.S. Amateur winner every year, and not all of them are ready to turn pro like Hovland was. Even fewer are even close enough to getting a Tour card for any of this to be meaningful. It’s a pretty rare situation. But just like in the actual sport itself, giving great golfers myriad options makes the entire process more interesting to watch and follow both on and off the course.