I’ve been saying it for too long without delivering but we finally have the Pistols Firing store up and running. Michael Lane did the legwork and I provided random, vauge ideas like “we should have guns in the graphic.”

But yes, the store is up and cranking and we have a few shirts in there for now with more to come later.

The shirt I’m most excited about — and the one you would have gotten for a $5 discount yesterday if you’d been on the PFB Newsletter list — hey, I tried to tell you — is this one (don’t mind the gun show): 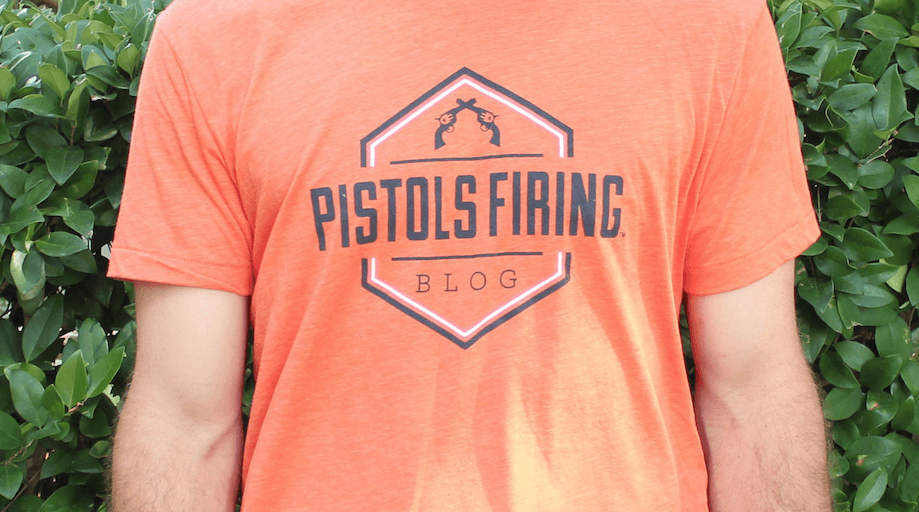 It’s an American Apparel shirt and, as I joked on Thursday, it’s softer than a early 2000s Baylor defense. I love it.

We only have a few left for right now (most got scooped up yesterday) but I’ll order more in the next few days. Go get one while they’re still available (free shipping!)

The store is actually a great way to support Pistols Firing. I’ll almost certainly never charge for content so it’s a good way for you to spread the word about the site through your orange (and black and white) gear and contribute a little to the fund that convinces Mrs. Pistols to let me keep running this place.

I hope you enjoy it.