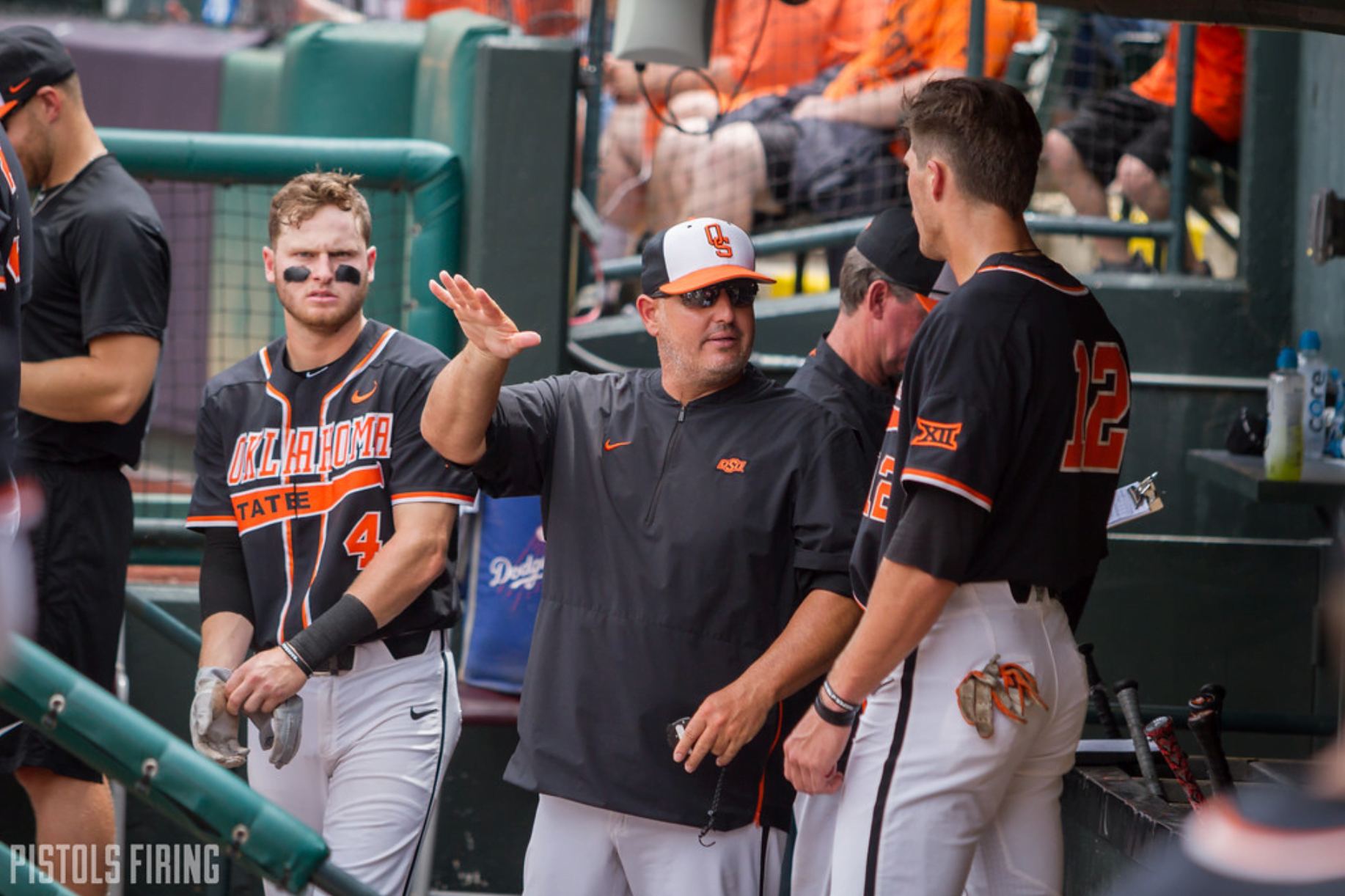 The last month of covering Oklahoma State sports has been a mind-bending, often exhausting (especially for our beat writer Marshall Scott) stretch in which OSU’s men’s golf team, softball team and baseball team all got within a handful of games or matches of a national championship.

Normally in the spring, you’ll get one program or maybe two that make big runs at bigger trophies, but to get all three — often simultaneously — was something we had not experienced or had the pleasure of covering before.

All of that ended on Sunday with OSU’s super regional loss to Texas Tech in Lubbock, but it’s time to look back on the last few weeks and filter the winners and losers of the recent festivities.

Winner: The Boone Brand — Kyle Boone has been chirping about how “his people” are going global for the past four weeks, and he’s kind of right. Between Trevor’s bat-flip winner against Nebraska, Pickens’ 91st birthday and Keylan and Kalib arriving to their new playground in Stillwater, USA, it’s been a big stretch for the Boones.

Loser: Bat-flip haters — It’s been a tough month for everyone out there who thinks flipping a stick of metal is Disrespectful and Not The Right Way To Play. Samantha Show made it cool — with Kenny Gajewski’s blessing — and the aforementioned Boone walked in her footsteps. And guess what?! No animals were harmed in the making of these films. No souls were damned in the aftermath of these choices. We all lived. Some more than others.

Samantha Show is LITERALLY ON ANOTHER PLANET 🤯#WCWS | @CowgirlSB pic.twitter.com/7dtJ54Gzag

Winner: Baker Mayfield — I’ll say it. If you’re going to ride for admittedly outrageous bat flips that we saw, then you have to be prepared to ride for flag plants in the middle of stadiums that hold 110,000 human beings. I don’t make the rules people, I just abide by them.

Loser: Baker Mayfield — Had to re-balance the universe there.

Winner: Matthew Wolff — There are no superlatives left. There is nothing that can be said. He lapped the field in the climactic tournament of the college golf season. He made it not climactic at all. He marked a 1-foot putt to win it all because that’s what you do when you’re a professional. Then he erased the (a) next to his name in the most Matthew Wolff way possible. He cemented himself as the best ever in OSU history with his play at the NCAAs. Now he gets to go prove it on the PGA Tour.

Loser: Viktor Hovland — To be clear here, I’m not calling Viktor Hovland a loser. He is very much the opposite of a loser. But his three-win season in which he broke both the single-season and career scoring record at one of the two or three best college golf programs ever got buried under an avalanche of Matthew Wolff. That’s the unfortunate collateral damage of playing with an all-time great who might also be a top-10 player in the world someday.

Still, I want to shine a light on what Hovland did — he tossed a U.S. Am win, Masters low am finish and Ben Hogan Award on top of those numbers — and what lies ahead of him. He’ll play the 119th U.S. Open this week as an amateur before turning pro next week at the Travelers Championship on an exemption alongside Wolff, Justin Suh and Collin Morikawa. His long-term ceiling is lower than Wolff’s, but honestly, his floor might be higher. Regardless, he’s one of the very best to ever peg it in Stillwater, and I hope that doesn’t get lost on the way up Wolff Mountain.

Winner: Kenny Gajewski — We made a faux swag power ranking list, and let’s just say Kenny G. ranked multiple spots ahead of The Mullet. He’s as thoughtful as they come — stunning that Mike Holder would hire somebody thoughtful and contemplative — and his postgame speech following the 1-0 loss to Washington was an all-timer. The kind of thing you can show your kids with no context and tell them to soak up a little life in the process.

Winner: Josh Holliday — Could listen to him talk baseball and life for hours. This from the Tech-OSU postgame on Sunday was a jewel.

“Proud of the kids. They played great baseball. They’ve found the true meaning of team. They honored each other in the way that they went about their business and I’m forever grateful to them. This is one heck of a good team. I’m very proud of this group.”

I’m not totally sure what Holliday could do to fall on the wrong side of this ledger — he’s almost an auto-lock for the “winner” column every spring, and this one in which OSU stepped right up to the precipice of Omaha and a second CWS in four years is no different.