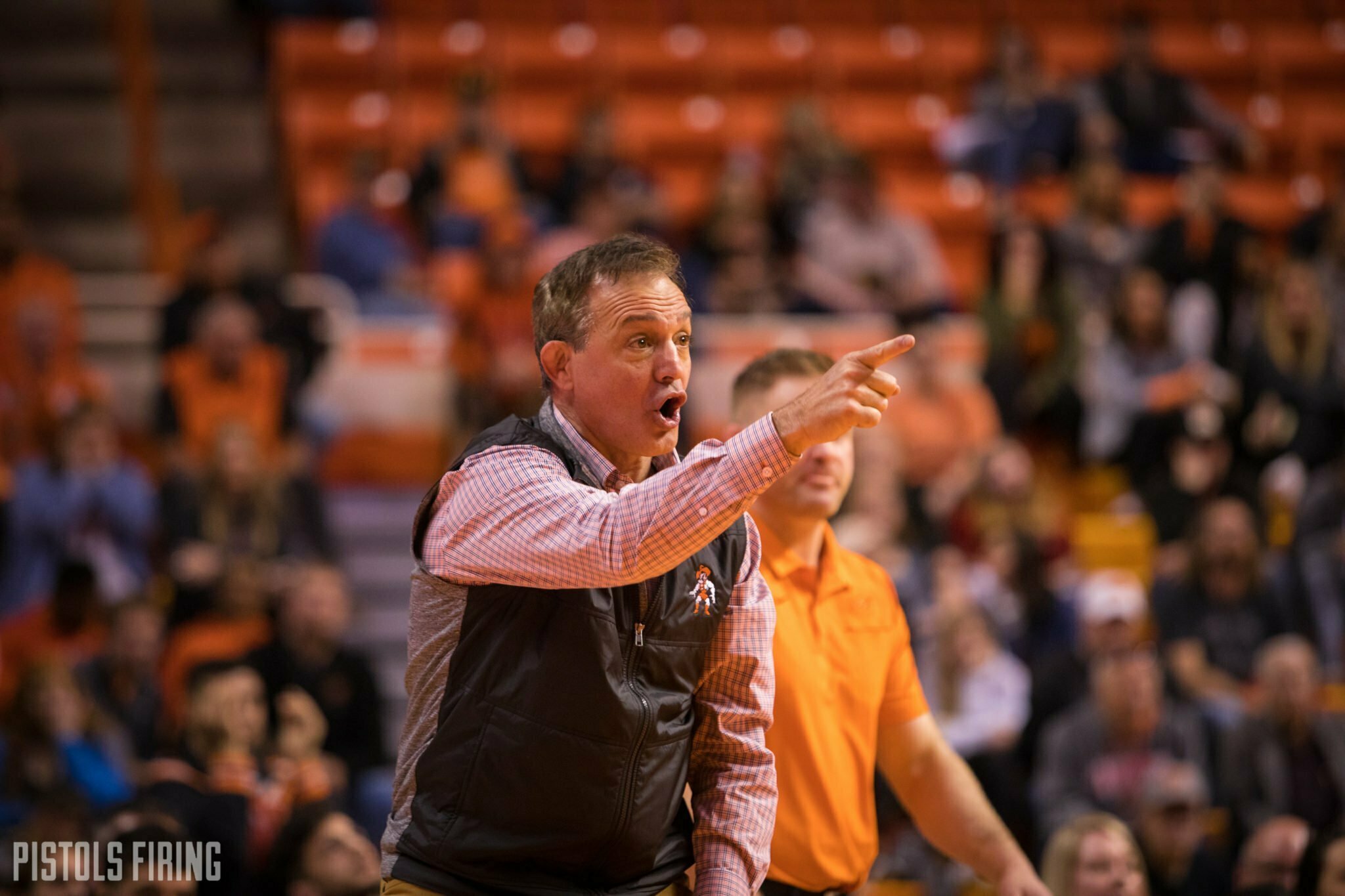 I decided to do a mailbag, something I really need to do more often, but here are all of your questions I could get to. I apologize for any I missed.
Let’s kick it off with the question with the longest answer.

Any word on the next ’21 commitment? Also, what do you think the lineup will look like next year (and the year after) — @Stilly_Vanilly

Most that follow Oklahoma State wrestling are well aware of just how incredibly stacked the 2020 recruiting class is for the Cowboys. It’s arguably the best in John Smith’s tenure and the first No. 1 class for the Cowboys in years.

They’ve already picked up commits from two elite recruits in the 2021 class with Travis Mastrogiovanni and Kyle Haas, along with one other very highly touted prospect in Teague Travis.

At this point, you have to think scholarship money will be tight, but the two main remaining targets that make the most sense are Victor Voinovich and Carter Young. Voinovich has long been tied to some of the OSU staff, he’s a perfect size fit, and made his official visit at homecoming alongside Daniel Jezik, Travis Mastrogiovanni, Kyle Haas, Dustin Plott, Luke Surber, and Konner Doucet, who was already committed at the time or have since committed.

Young is a Stillwater product who was coached as a youth by Daton Fix’ dad Derek so naturally there are signs that point to him ending up in orange. He’s a smart kid who’s also being targeted by some of the Ivy League schools and other top schools like Northwestern.

• 125-Fix-I don’t believe he cuts as much as people think, and with the possibility of Kaid Brock coming back, to me this makes the most sense, with Brock moving back to 133.

• 133-Kaid Brock-Pending Brock getting a medical redshirt and deciding to return, my gut says he would come back down to 33. If he does it would make sense for Reece Witcraft to redshirt and Brock to slot in here. If he doesn’t we could see Witcraft back here.

• 174-Christian Bahl or Gavin Stika-Here’s how I see this scenario. OSU starts one of these two early in the season, Bahl has been hurt, so I lean toward Stika. They evaluate as the season goes and ultimately make a decision on whether or not to continue here or possibly pull Dustin Plott’s redshirt and wrestle him early(If Plott ends up at 174) You could also see scenario’s where Wittlake moves up to 174 next season.

• 285-Shawn Streck-No idea if he’ll be eligible next year but he is taking classes at NOC, so it’s possible.

• 141-Reece Witcraft-With Fix back at 33 he would have to go up, right? Also possibly Brevin Balmeceda, but I’m not sure he’ll stay down at 141. He’s wrestled here some, but also has been at 49 this season.

For the Mailbag, any update on G and that whole situation? — @TheCoryWilliams

Big 12 Champion Kaden Gfeller is done for the season. I actually don’t know any of the specifics on why. I know he dealt with some injuries early on, and that could be it, and I’ve heard a few other rumors, but nothing I could substantiate. I do know that he is done for the season and you should expect Dusty Hone to continue to hold down the starting spot at 141 pounds for the rest of this year. I’m hoping whatever it is, Gfeller can bounce back from and eventually return to the lineup in future seasons.

I’m going to guess 6th. The parity in teams from No. 3 in the country to probably around No. 9 is pretty remarkable and you could see OSU finding a way to wind up anywhere in that group. The positive for OSU is they actually have a pretty deep team this year. The Cowboys should qualify nine, which most other programs won’t, and if everyone makes the tournament and wins a few matches, that tallies a lot of points. The negative is they don’t have the surefire NCAA finalist type guys that other programs seem to have and that’s where a lot of team points are scored.

So if they get hot in March and Nick Piccinnini, Boo Lewallen, Travis Wittlake and Dakota Geer all finish top five, and Montalvo, Hone, Sheets, Smith, etc… make decent runs, you could see the Cowboys winding up as high as No. 4 and going home with a team trophy, but it’ll have to be a big team effort for the Cowboys to do that.

With the history of success we have in Stillwater, do you think there’s ever a chance they add a women’s wrestling program? Also, let’s get something trending about building the state of the art wrestling facility our program deserves. — @d_parker84

I actually wrote on this a while back and here is the article. I think if it continues to grow, you could definitely see women’s wrestling added at Oklahoma State. I personally think the facility upgrades are the biggest factor in that happening. John Smith clearly supports women’s wrestling, Mike Holder clearly is aware of it. Once OSU has the space to do it, it makes perfect sense for them to add it.

I read the article but in your opinion what is the % chance Brock Martin gets the nod for the big 12 championship. — @JordanOdam145

85%. I think he’ll be the guy eventually. Just not sure when.

If Oklahoma State Wrestling gets to spend on their program, what should they focus on/upgrade? Recruiting? Travel? Facilities? What makes the most impact? — @JBilgey

In the current wrestling world it is the Regional Training Center. That’s unique with OSU, because these have sparked a lot of controversy in the sport. Most believe there are some shady recruiting tactics that coaches have utilized with them and many other issues with how they’re run.

Casual fans may not follow as closely as others, but one prominent example is Olympic Gold Medalist Kyle Snyder’s transfer from the Ohio RTC to the Nittany Lion Wrestling Club. On the surface there’s nothing wrong with a post graduate athlete moving to another college to train. But shortly after Ohio State true freshman and superstar heavyweight Daniel Kerkvliet followed behind Snyder with a transfer to Penn State and will compete for them in the future.

If football or basketball had a model that allowed that, it would be shut down instantly. Ex. If Texas Tech had some pseudo-professional football team in Lubbock that Patrick Mahomes played for, and the top QB in the country came to Lubbock because he wanted to play around Mahomes, then the Texas football version of their RTC stepped in with all their money and bought Mahomes away, and said recruit followed Mahomes to Texas, the NCAA would be all over it.

At this point John Smith seems to sort of be carrying the flag for the coaches that see these issues and want the RTC model changed.

I say all that to say that OSU will not likely be looking for investments in their RTC any time soon because they truly don’t feel that they are what is right for the sport. But clearly, programs like Penn State have found a way to utilize them to their advantage, albeit in a controversial way, and help them win NCAA titles.

So accounting for all of that I would say OSU needs to get a new practice facility built soon and that’s where their priorities should lie, but quick bang for your buck seems to be with RTC’s.

That’s it for this one. I’m sorry for anyone I didn’t get to. I’ll try and do more of these as I can.