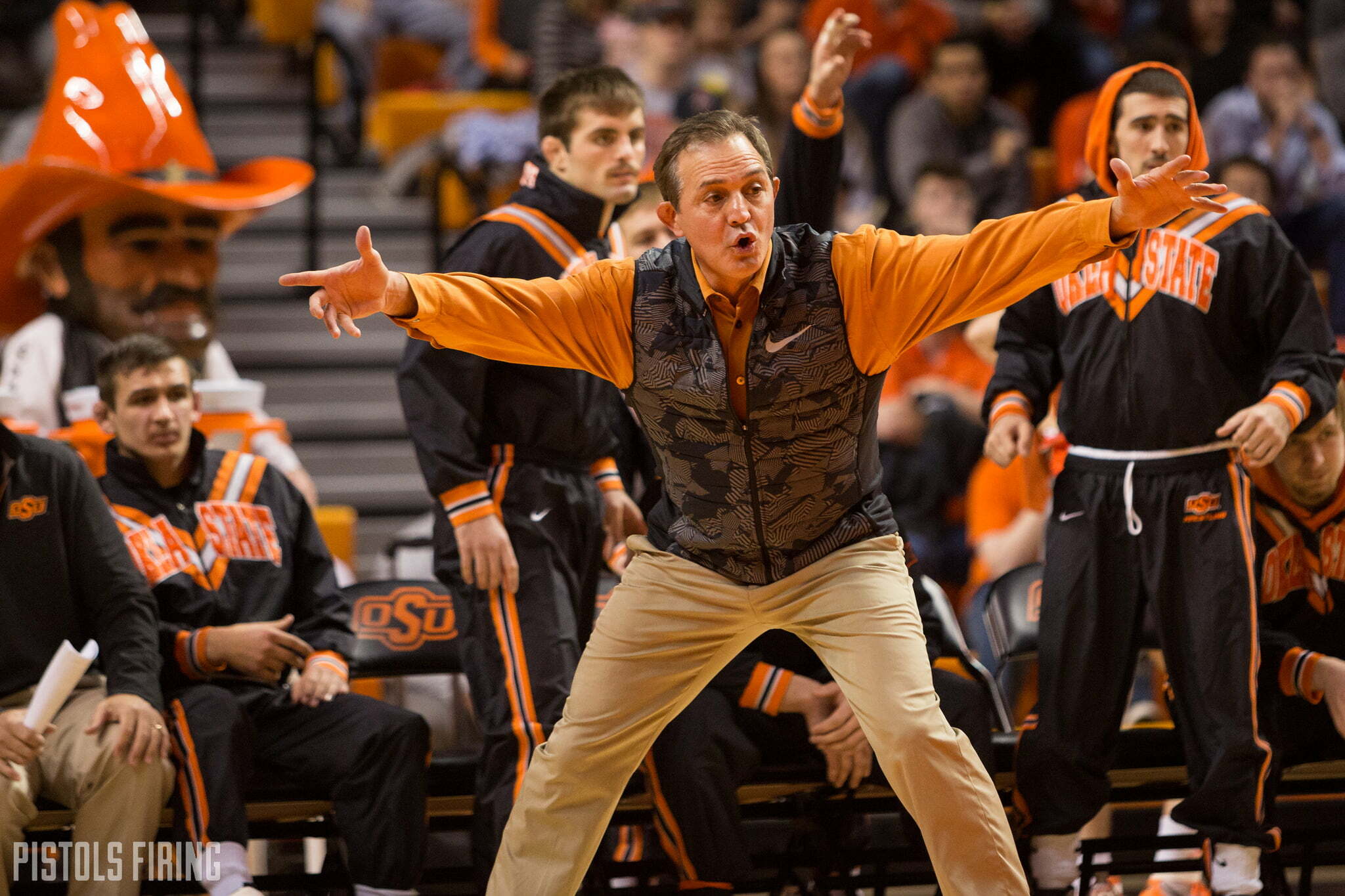 Our new beat writer Luke Garza has been covering wrestling matches and our government has been shut down recently, which has allowed me some time away from my normal job. So I was able to spend some time this weekend, not only watching and reading up on OSU, but getting to take a look at some wrestling from other schools across the country too.

That gave me the idea to do some looking at next year’s team. I know that sounds somewhat crazy with the Big 12 and NCAA Tournament still to come, but when you really dig into it there is a lot of intrigue there.

In my five end-of-year thoughts I advised everyone to be “forward thinking” with the wrestling team. Penn State and Ohio State are loaded up this year, and two seniors with those programs are two of the best college wrestlers ever. The staff at OSU knows that and are redshirting three really good wrestlers to set up a run into upcoming years with that group and the other underclassmen on this current team. When you ask John Smith about possibly pulling redshirts there is absolutely no hesitation in his response that he will not be pulling them.

The three Cowboys currently redshirting are Daton Fix, Joe Smith, and Kaden Gfeller. Fix was an all-world recruit. He was the No. 1 pound-for-pound recruit in the entire country, a world champ, and he’s beaten pretty much all of the current top 125-pounders at least once. Gfeller turned a lot of heads with his Southern Scuffle title.  Gfeller really has no bad losses on the season and some really good wins. The Open Mat listed him as the No. 1 redshirt freshman in the country. Smith is a two-time All-American and finished fourth at 157 at the NCAA tournament last year.

The only starter that graduates from this team is Dean Heil. Heil is a two-time NCAA champ and, though he’s dropped a few matches this year, has a chance to repeat in March. With that said he doesn’t score a lot of bonus points. Dean has a habit of wrestling everyone close, so even with his tremendous legacy he’ll leave at OSU he doesn’t pick up team points at the NCAA tournament like you’d prefer.

That sets up the question of who will be where at the lower weights and some of the upper weights for OSU next year. If I had to guess I would say the staff probably isn’t 100-percent sure yet. There is a ton of talent across the board with this team, but it’s really unclear who will be where. We have some indications in a couple areas, though.

There’s still always the possibility that those two duke it out to start at 125 and Kaid Brock stays down at 133, leaving OSU with NCAA champ-caliber wrestlers at each weight. But, again, that’s not the indication from the OSU staff. The NCWA senior director thinks Fix may currently be the best wrestler at 125. The big advantage for these two, and pretty much OSU across the board at the lower weights, is the depth in the room. Nick Suriano at Rutgers, Spencer Lee at Iowa, Seth Gross at South Dakota state and any of the other top contenders at the lower weights just don’t have the workout partners that OSU does.

What is really crazy about 125 this year, is the guy who I think could be the best of all them, is Daton Fix who is redshirting.

The next weight is 141, which could potentially be Brock if he bumps up, but could also be Gfeller. It’s tough to know how Brock would adjust up a weight, but he’s a very talented wrestler on his feet. What he can do there would give him a chance to do big things at either weight. He’d probably be at worst a top 3-4 guy here.

Interestingly, Nick Lee from PSU, who Gfeller beat in the Scuffle final is currently ranked No. 7 at this weight with three seniors in front of him. So in theory if Gfeller is not in a redshirt year he’s probably No. 7 right now and would come in next year with the three seniors out of the way as around No. 4 preseason! Either way you’re easily looking at a top 5 wrestler here.

Then at 149 you have the starting battle we’ve already pretty heavily covered still going and insert the possibility of Gfeller coming up a weight over the summer. Boo Lewallen had a rough few first starts after being inserted in the lineup mid-year but ultimately you’ll wind up with an All-American caliber wrestler here as the starter after quite a few seniors clear out. Wrestling is a very “what have you done for me lately” sport, but I should note that Boo has wins over the guy who is currently ranked No. 3 in the country at 149 and the No. 1 guy at 141. He definitely has the tools to be a top 5 guy at this weight.

Another weight Flo has said they’ve received some insight from OSU staff on is 157. Flo on their podcast has said that OSU staff told them Joe Smith “plans” to wrestle at this weight next year even though he’s been at 165 and 174 the few times we’ve seen him this year. Joe at 157, as long as the weight cut isn’t too tough on him is a threat to be an NCAA tournament finalist.

Jason Nolf is borderline unstoppable as far as keeping him from winning this weight, but Smith and the No. 2 guy, Iowa’s Michael Kemerer, were pretty even last year, even though Joe dropped a few matches to him. If Smith makes the move up to 165 you’re probably looking at either Blaylock coming back as the starter here again or a possibility that Geo Martinez tries to bump up to 157. They’d both be serviceable here. But NCAA qualifier and scoring a few points at the NCAA tournament might be about what you should expect. You’re probably looking at a top 8 placement as a ceiling from them.

More to come on the upper half of the lineup tomorrow.