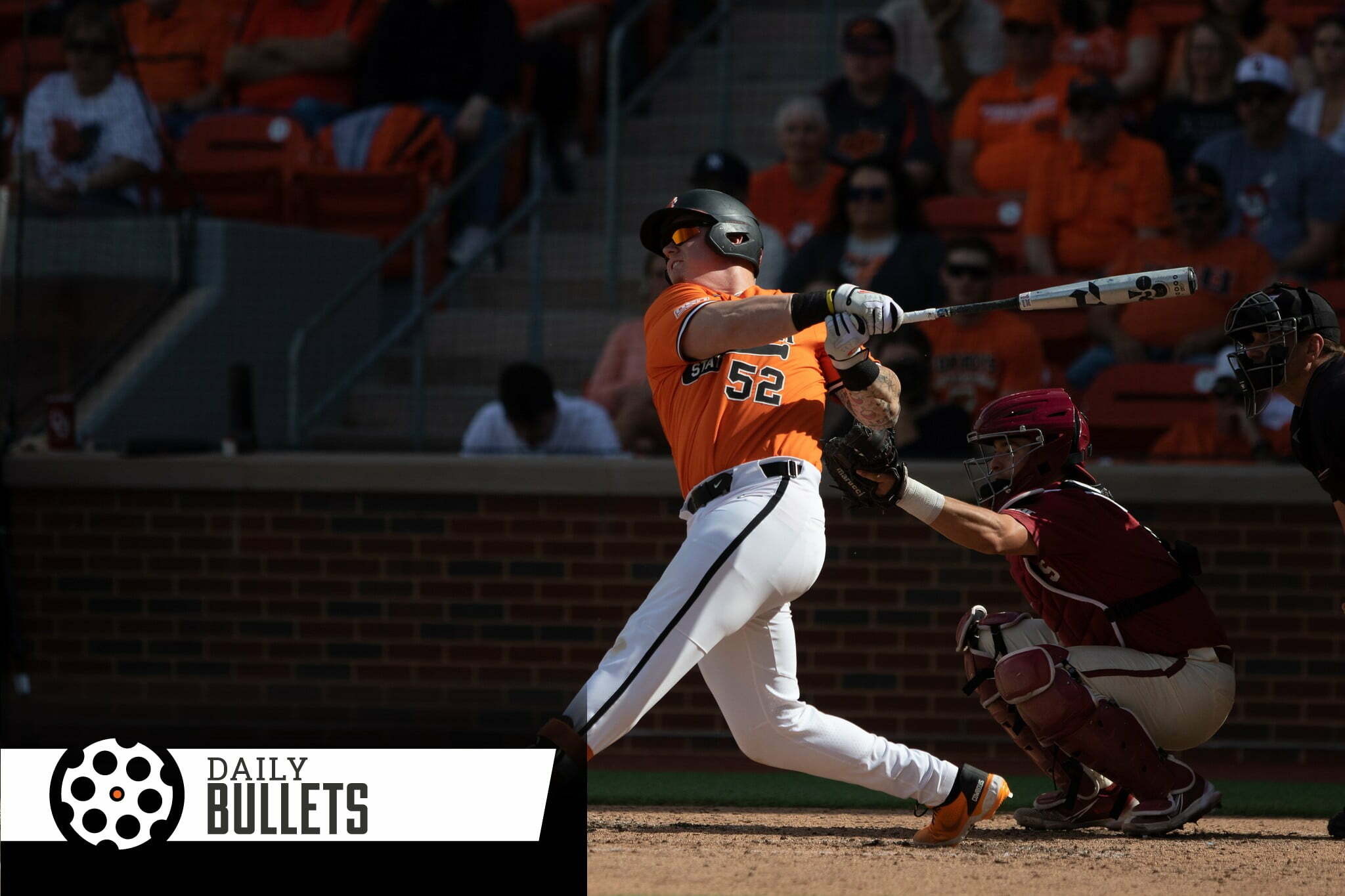 • Probably the biggest news from yesterday – Mike Gundy and Co. landed the quarterback for the 2023 football class

Don’t be surprised if things start to pick up on the football recruiting front – this was written prior to Flores’ Sunday commitment:

Oklahoma State has not picked up a new commitment in the 2023 class since late January, but momentum is starting to build once again with the Cowboys in the midst of a big stretch of recruiting visits. This is the time of year when the Pokes usually get hot on the trail with new pledges coming in waves.

• Griffin Doersching just beats the cover off the ball once a weekend – it’s insane:

• Missed it late last week but Feels Like 45 dropped another pod talking lots of OSU Football:

• If you make money every day, you’re not maximizing
• The “story of us all” (faith-based)

Sign me up for this – no way was I paying for cable to watch bad Thunder teams:

In the coming weeks, Sinclair plans to unveil a new streaming service by June that will let fans watch professional baseball, basketball and hockey teams in their local market without paying for cable.