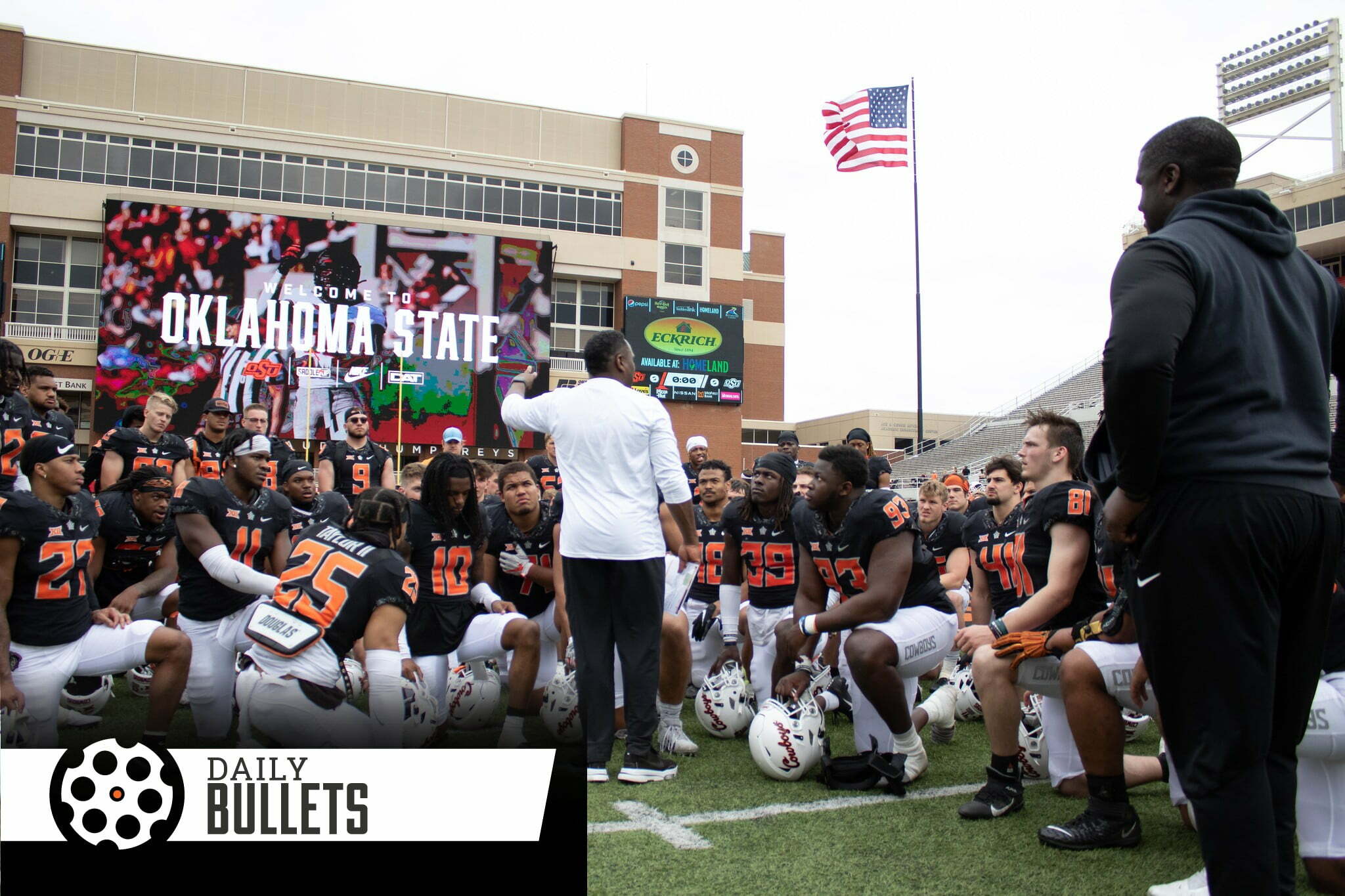 • Three-star edge player Bill Walton out of south Dallas is announcing his commitment at noon today after making the trip to Stillwater over the weekend – he’s down to OSU, Texas, and SMU

This quote from Walton recapping his trip was pretty good:

“It exceeded my expectations,” Walton told GoPokes247. “I didn’t think it was going to be as interesting as it was. Everybody was like, ‘There’s nothing to do in Oklahoma.’ So, I thought it was going to be kind of lame. But, actually, it was very fun. It was nice, I’m not going to lie.”

• A couple of Pokes landed elsewhere in the portal: Keylan Boone is headed west to play at Pacific while Matthew-Alexander Moncrieffe is headed to Georgia

• Cowboy defensive coordinator Derek Mason shouldn’t be as surprised by Big 12 offenses as Jim Knowles was coming from the ACC:

• Marshall came on the PFB podcast to wrap up spring football

• Seven running backs ahead of the Thurminator!