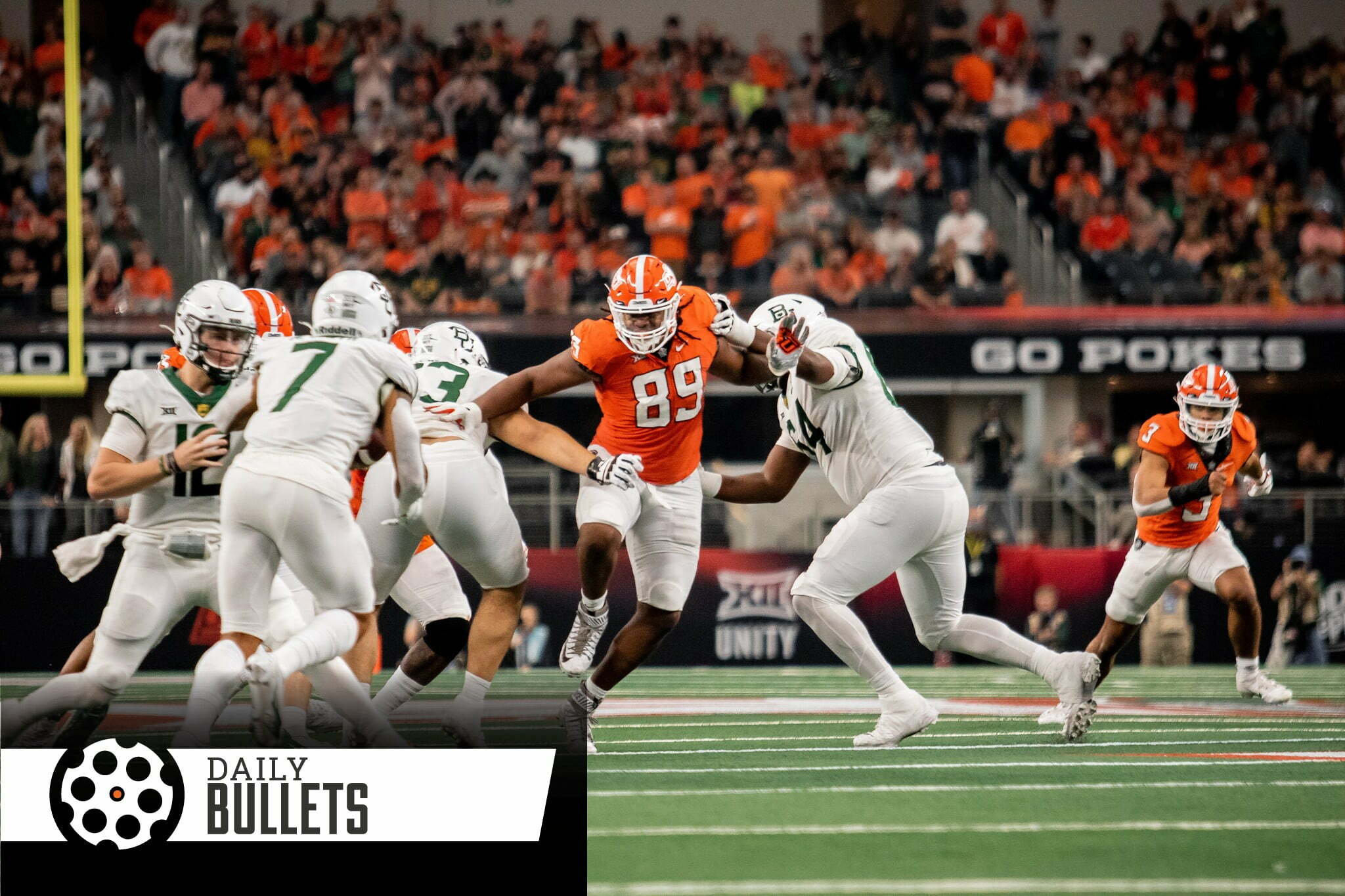 CBS had a shortlist of names for replacements:

• Kind of interesting – Mike Gundy broke down how he envisions the carries at the running back position being split, an estimated 40 per game.

History would tell us that the freshman will be counted on at some point, likely the second half of the season, a la Desmond Jackson in 2020.

That leaves five to seven carries for Ollie Gordon and CJ Brown, a pair of highly touted early enrollee freshmen.

• If you’re a glutton for pain, read what Ohio State coach Ryan Day had to say about Jim Knowles into spring practices (247)