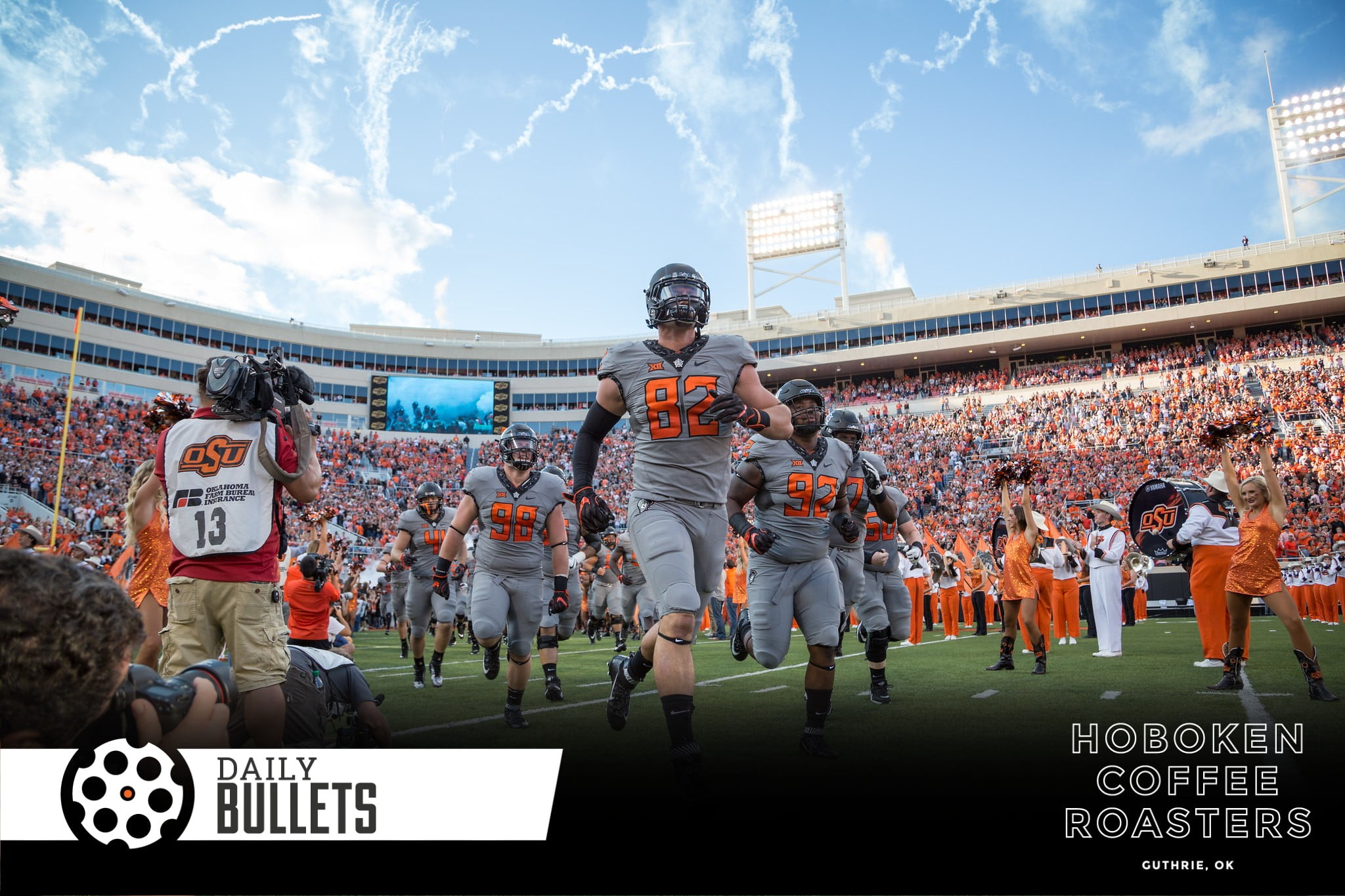 • While Big 12 officials are split between ten and 12 game football schedules, the question should be nine or 10. It wouldn’t be a good look nationally to be the one team cash-grabbing three non-conference games. And ultimately, the real answer is ten.

For another, with the other leagues playing 10 games, the Big 12 doesn’t want to be the lone nine-game league. That would put the Big 12 at a financial disadvantage, at a perception disadvantage and at a competitive disadvantage, if there indeed is a playoff this season and that sort of thing matters come autumn. [NewsOK]

• This was sort of a bummer – “no chance” the Big 12 follows through on a scheduling alliance with BYU to have them fill in for the tenth game of a ten-game conference schedule this year.

Skiing in Utah could have been fun depending on if/when a Big 12 school would have played them. I know there are PC issues with BYU but there’s also lots of profitability in adding a competitive team with such a stout following. I wonder if the Big 12 would consider BYU if/when they absorbed a portion of the Pac-12.

.@BYUfootball to the Big 12 (this season) was a fun idea, but a conference source tells me there's "no chance."

• Blake Jarwin is gathering some HYPE, being looked at for some serious potential to produce for the Dallas Cowboys this year. Potentially a 700+ yard season in store for the two-time Cowboy.

• Viktor Hovland may be coming for Rickie’s title is the most likable Oklahoma State golfer out there. With quotes like this, the guy is a just a media darling.

“You’re so used to just packing the bags, going to the airport, going to the next stop and then just play golf. So I kind of enjoy those moments, you’re in the middle of Mississippi or Louisiana or Pennsylvania and you’re just kind of going: ‘What on earth am I doing right now?’
“So it just kind of makes it a little bit more memorable, get some life experiences and just mix it up a little bit.” [CNN]

• This is a fun idea – coaches making players earn those coveted “single digit” numbers. Note below is a walk-on -> scholarship video but still… fun idea.

“EVERYTHING is EARNED and
Nothing is Given” @GTFootball

• What Group of Five opponent would you most want to come to Stillwater to play football?

• No. 1: Ethan Bullock made an appearance on “Last Chance U”

• No. 2: OSU Football needs an opponent

• No. 3: Bullets from last Sunday: SEC partnership in play?

• No. 4: Top wrestlers under John Smith

• No. 5: What do the pre-season polls tell you about the Pokes?

• This P&G commercial showing the experience of a black man today really struck me. I hope it gets an Emmy.
• The lengths the Pac-12 is going to for shaping the narrative around them is pretty wild

Fun video to watch with your kids this weekend: