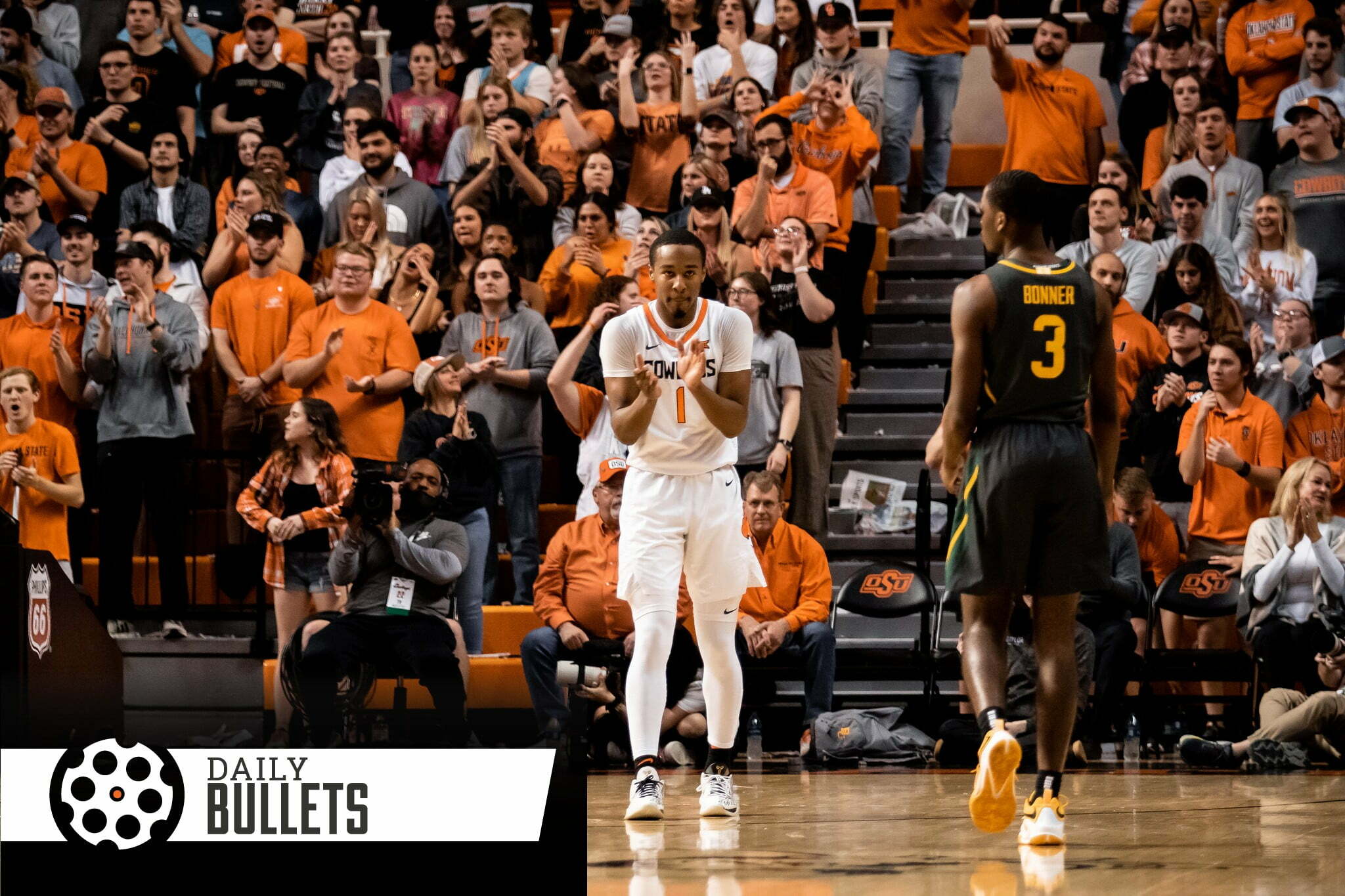 – A history of OSU in the AP Top 25
– The Pokes were one of four teams to go from unranked in the preseason to the top ten at the end of the year:

After a brief lull — only two combined teams went from unranked to top 10 in 2019-20 — we saw a mini-explosion last year, when four teams did the deed: Michigan, Baylor, Oklahoma State and Michigan State.

• The Cowboys landed the next Tom Hutton, another Australian punter

• Kenny Monday was hired to coach a college wrestling program