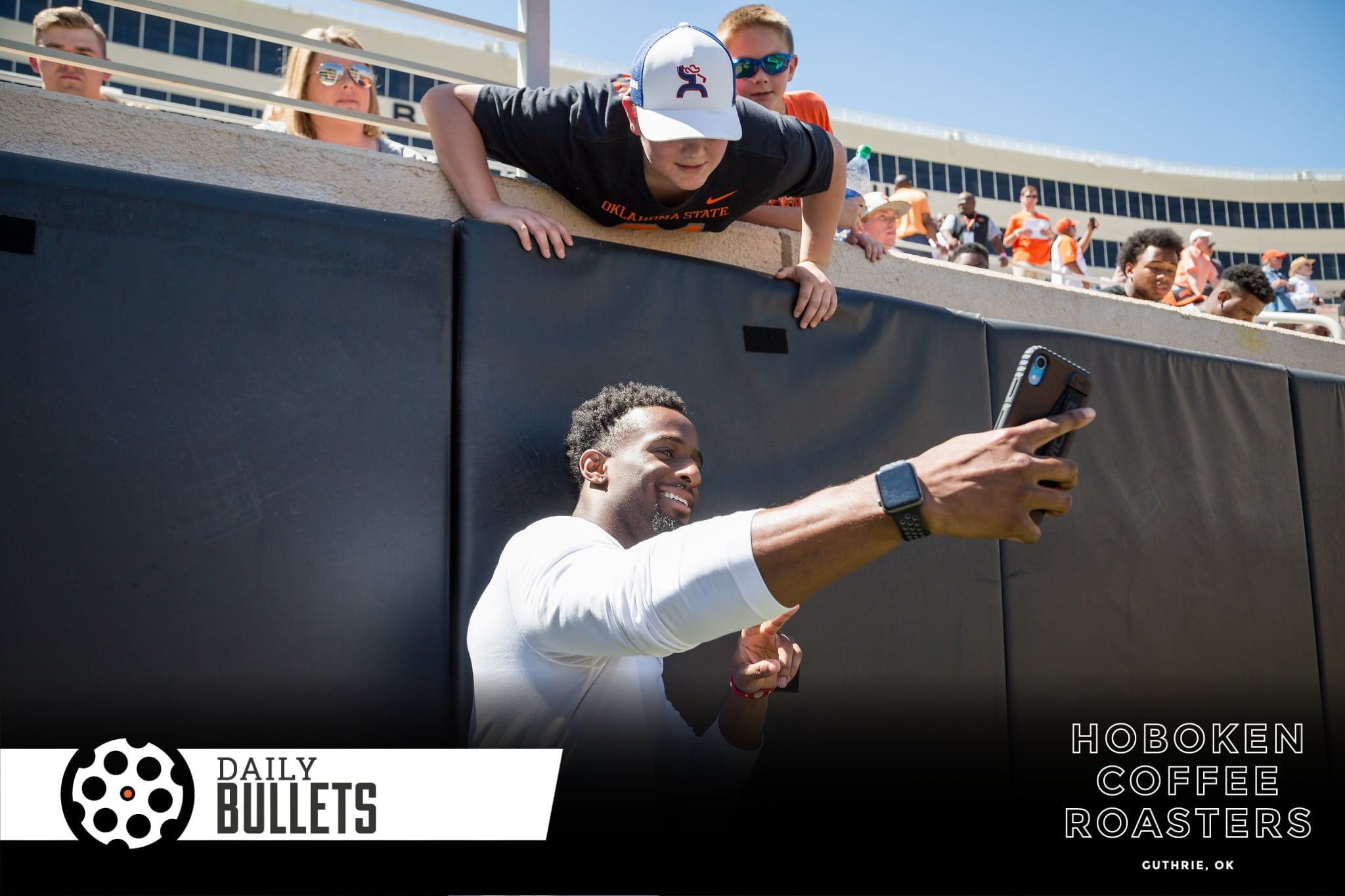 Tulsa game football tickets go on sale to the public this morning at 8:30 A.M. – I’m sure you can buy them through OSU too but wanted to give a heads up on the TU side.

Come for all the feels, leave impressed with the performance of James Washington with all the QBs. Mason Rudolph’s big competition for the backup job, Josh Dobbs, had eyes for Washington all night in crucial situations and he was rewarded handsomely with some sweet catches.

I hear that was the case last year – that Washington showed out in preseason – but he struggled to continue that dominance into the regular season. But the President is a year older and we shouldn’t be surprised if he ascends to the number two receiver and holds onto the spot this time around.

• Most Viewed of the Week (No. 2): Q&A with Mike Holder about Wrestling Facility

This was fascinating. Mike Holder embraced big dreams with the golf program and has only projected that expectation onto every sport on campus by continuously seeking to resource them appropriately. After building world-class facilities for football, basketball, and baseball, if anybody could logically feel like they could unplug, it’s Holder.

But kudos – he continues to dig in and engage with building every sport. Is it rational to ever argue against the “Mike Holder Athletic Village” naming?

• Most Viewed of the Week (No. 3): Conflicting Statements on the QB Battle

Articles like this are where we earn our chops as an unbiased (yet completely biased) outlet: let’s call coachspeak what it is – talking out of both sides of your mouth simultaneously.

Slight detour here – the biggest one I can remember is in 2011 when if OU beat OSU in football, they would have shared the Big 12 title with the Pokes but Bob Stoops commented that the winner of the game would ultimately “be the champion” (assuming he would win). The next year, the Sooners lost to K-State but claimed the 2012 title and Stoops agreed with that claim.

• Most Viewed of the Week (No. 4): How Dru Brown Got to Stillwater

This was one of the crazier networking stories I’ve heard in a while. Imagine a guy you worked with for a short time pops up in your feed and mentions a job offer – doesn’t seem wholehearted, right?

But credit to Brown, he knew he wanted to talk with the Pokes and ran with Sione Finefeuiaki’s invitation. Also, the story about center Johnny Wilson and guard Ry Schneider taking the Bay Area QB fishing was an all-timer by Marshall.

• Most Viewed of the Week (No. 5): Justice Hill and Tyron Johnson Lighting Up Scoreboards

Oklahoma State looked like an athletic factory with Justice and Tyron making big plays in their preseason debuts. If they can both keep it up, Justice will have a shot at eating into the bellcow back’s carries and Tyron will continue to up his chances of landing on the roster.

The tough part of all of this is to think about the level of underachieving last year with a minimum of two solid NFL skill players on the roster.

• The life of a person who wakes up really, really early