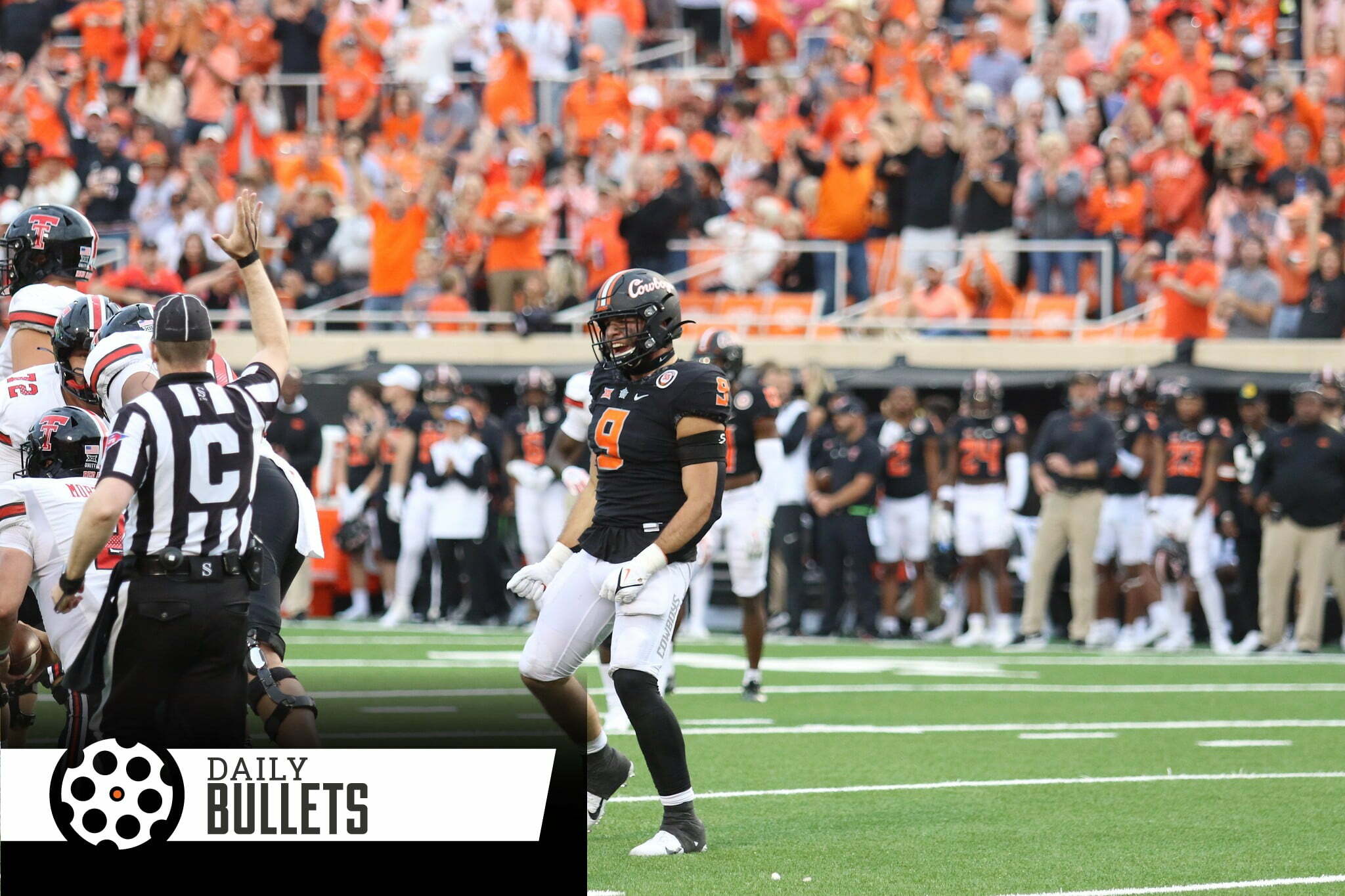 • A four-star receiver from Idaho – is there a more natural picture of someone that would commit to Kasey Dunn?

• It’s incredibly on-brand for Brock Martin to go ahead and play the bowl before preparing for the NFL Draft.

While we’re talking about him, if anybody that played for OSU ever resembled Wisconsin’s first family of football – it would have to be him. He just looks like a Watt.

• Nice to see Jason Taylor acknowledged for how incredible he was this season:

• No. 1 Tracking the Cowboys out and new ones in via the Transfer Portal

• No. 2 Braylin Presley blasted the staff on his way out the door

• No. 3 Who OSU has offered in the Transfer Portal

• No. 4 OSU will face Wisconsin in the Guaranteed Rate Bowl

• No. 5 Mason Cobb entered the Portal