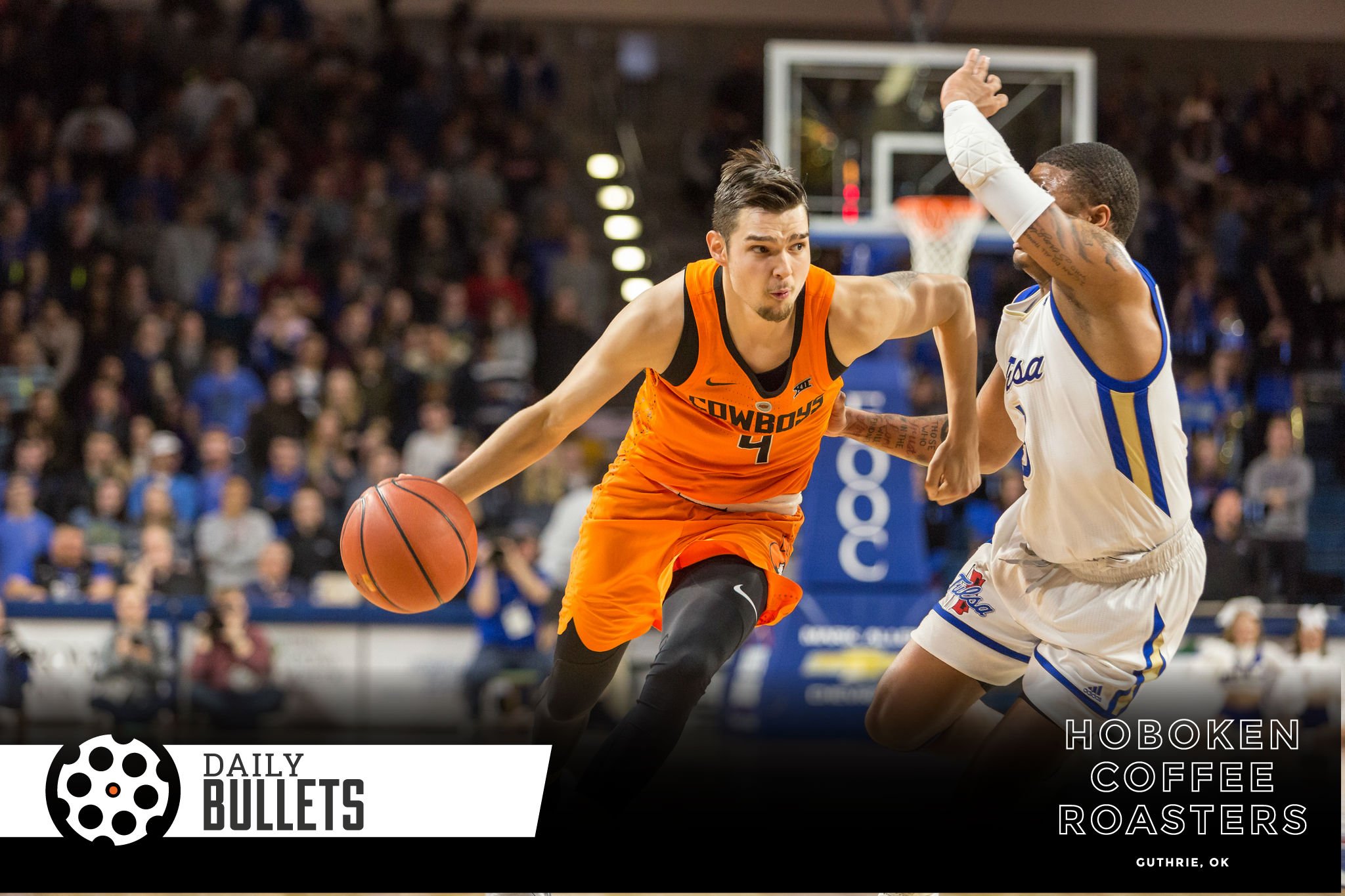 While missed free throws, turnovers, and foul trouble have doomed the Pokes in losses this season, are the right people on the bus to fix the problem? Is there a culture in place to overcome?

The Cowboys have enough talent on this team, top to bottom, to fix these mistakes. The freshmen continue to get better every game and the three juniors that lead this team, Thomas Dziagwa, Lindy Waters and Cameron McGriff seem to be filling into their new roles as the leaders of this team nicely.

“Nobody in that locker room came to Oklahoma State to play easy games,” said junior Thomas Dziagwa. “This is an elite program, we’re going to play elite teams. Right now we’re in a rough patch, but my freshman year we started the Big 12 0-6, but we bounced back really well. I’m not concerned about our record right now. We just have to get better every single day. We’re on the verge of overcoming this hump.” [GoPokes]

It’s mostly different players but it’s intriguing that Dziagwa referenced the previous comeback from the Underwood team. Part of hiring Boynton was likely around sustaining the momentum of the team he assisted – will part of the culture be sustained as well?

With the emergence of a directional program in Florida, is the Big 12 missing a golden opportunity to add an eleventh team?

In 2016, the Big 12’s commissioner, presidents and ADs wasted many months meeting with consultants, meeting with prospective expansion candidates and meeting with each other, all to eventually decide to stand pat at 10 teams. It was a shortsighted decision then, and it sure looks like a missed opportunity now, given the fact that one of the applicants was UCF.

UCF, with its top-20 TV market and rich Florida recruiting base, had the feel of a sleeping giant even before those deliberations, but now, the Knights have won 25 consecutive games. UCF is about to play in its third BCS or New Year’s Six bowl in the span of six seasons. It’s dramatically elevated its program’s national profile and will only amplify it further should it knock off LSU in the Jan. 1 Fiesta Bowl… [The Athletic $$$]

The article cites numerous industry “sources” saying that it’s highly unlikely but it could be a value-add, a distant cousin of when the Big Ten added Penn State.

Justice Hill and a Cowboy x-country runner made scholar-athlete of the year….Can K-State’s new coach duplicate his FCS dominance in Manhattan?….the golden age of NFL punting….How adding Kliff Kingsbury changes things at USC….Is Yurcich the frontrunner for the Tennessee job?

AJ Green is way higher on this list than I’d expect – very impressive.

Bryce Hall and Mike Hampton tie atop the leaderboard in highest percentage of forced incompletions this year. pic.twitter.com/RwAotCScoD

Jawun got on the board last night with the Suns.

Jawun Evans hits his first bucket as a Sun! pic.twitter.com/RPwfIsWjkz

You can get your paddle people ornament now.

Our executive team received paddle ornaments this year for Christmas!! Thank you to Tony Moore for the gift!! If you are interested in buying a paddle ornament or full sized paddle, email [email protected] for more information!! #GoPokes pic.twitter.com/V9UnWcBB1L

H/T to Southwell for tweeting this fascinating map of all the weirdly-named towns in the US.

Most oddly named town in each US state pic.twitter.com/Bv04osyD5O