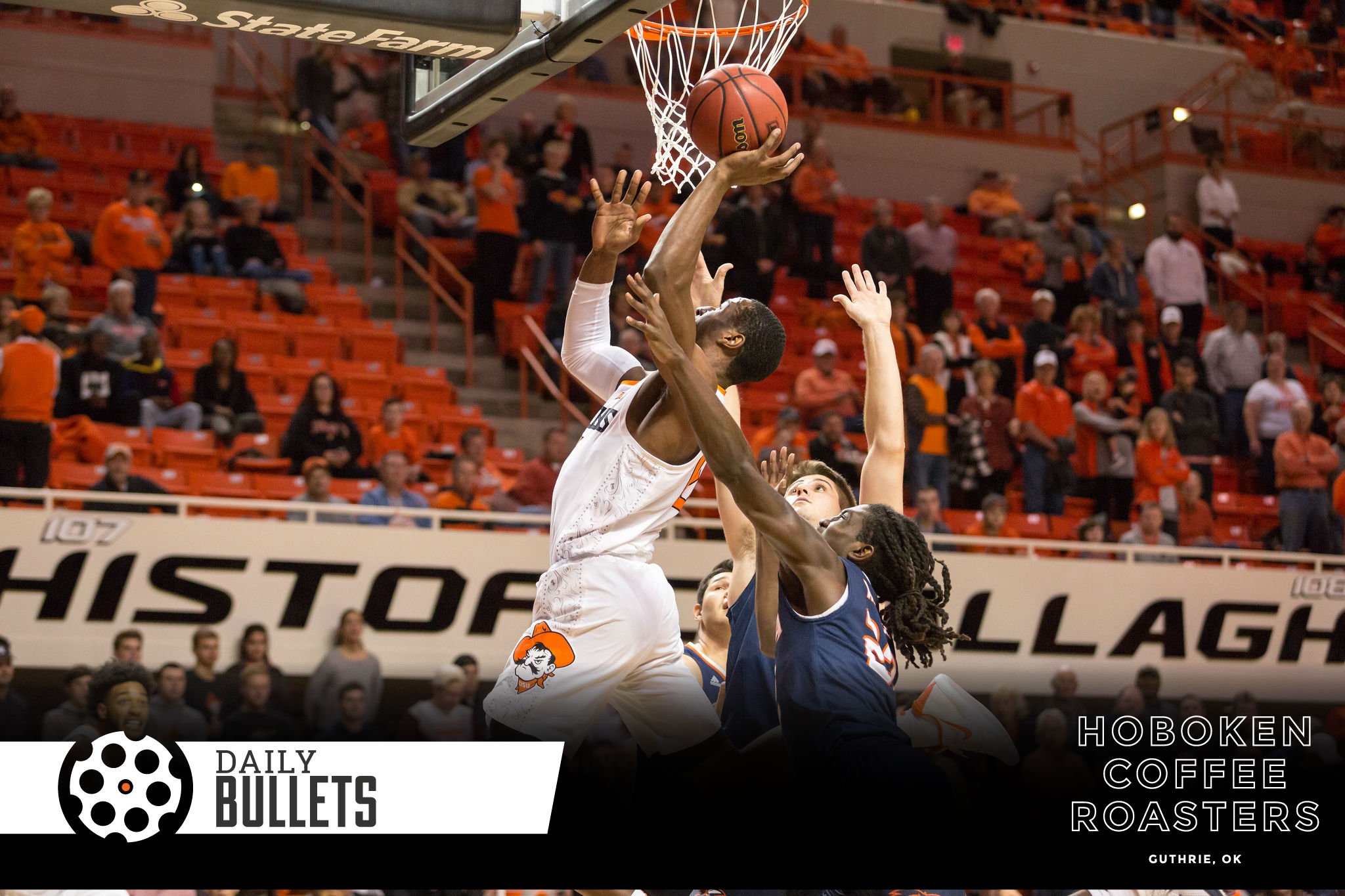 When OSU’s rally to beat the Gophers fell short on Friday night, it’s hard to look past the Pokes losing the battle of the boards.

The Cowboys’ greatest struggles seem to come against teams with a size advantage. Through its first six games, OSU had an even rebounding margin.

The Gophers had a 38-34 advantage in rebounds Friday, as forward Jordan Murphy continued his double-double season with 16 rebounds to go with his 24 points.

Waters was OSU’s leading rebounder with eight, but the Cowboys’ next two leaders in the category, forwards Cam McGriff and Yor Anei, spent much of the game in foul trouble. Anei, who entered the game with 7.6 fouls per 40 minutes, fouled out in 15 minutes.

OSU outscored Minnesota by 11 during McGriff’s 29 minutes on the floor, but the Gophers had an 18-point advantage with him on the bench. [NewsOK]

An early indicator to watch on this squad – the closer to 40 minutes McGriff gets, the higher the possibility that OSU wins the game.

And while Cam McGriff is the plus/minus hero, it’s Michael Weathers’ playmaking that means just as much.

For the first 30 minutes of Saturday’s game, Michael Weathers looked like he was trying to do too much.

The sophomore couldn’t find a way to finish at the rim. He missed seven of his first nine shots and turned the ball over a couple times.

But there’s a reason Weathers is considered Oklahoma State’s best playmaker, even as he continues to come off the bench. And he showed it in nearly leading OSU back to a remarkable victory.

The guard scored 13 of his 17 points in the final nine minutes, beginning with a layup in which he split two defenders and drew an and-one foul at the rim. [TulsaWorld]

Final bowl projections after Championship Saturday….Georgia-to-CFP argument made here (and why they shouldn’t be in here)….Looking at OSU’s 2018 offensive points per drive are middle-of-the-pack for OSU standards

Regardless of your feelings about ‘Bama, this moment in the Saban-Tua-Hurts triangle was touching.

Woof… this one was tough to think about it.

I doubt a missed extra point in a high-scoring, important game against OU will have any affect on the outcome whatsoever or come back to haunt the team that missed it.

Fascinating comment here from Herbie on playoff contenders. It’s best for the Big 12 if OU gets in but after watching that SEC title game, I don’t think OU wants either of those teams.

Post-NBA guys going back for degrees is a Netflix-documentary waiting to happen – fun to hear from John Lucas.

Proud to have @Luke1luk in the locker room after last night's game. The Final Four Cowboy and current Timberwolves coach passed along some wisdom. #c2e #okstate pic.twitter.com/iiLiGHR2J2

This is why the conference loves Red River part two.