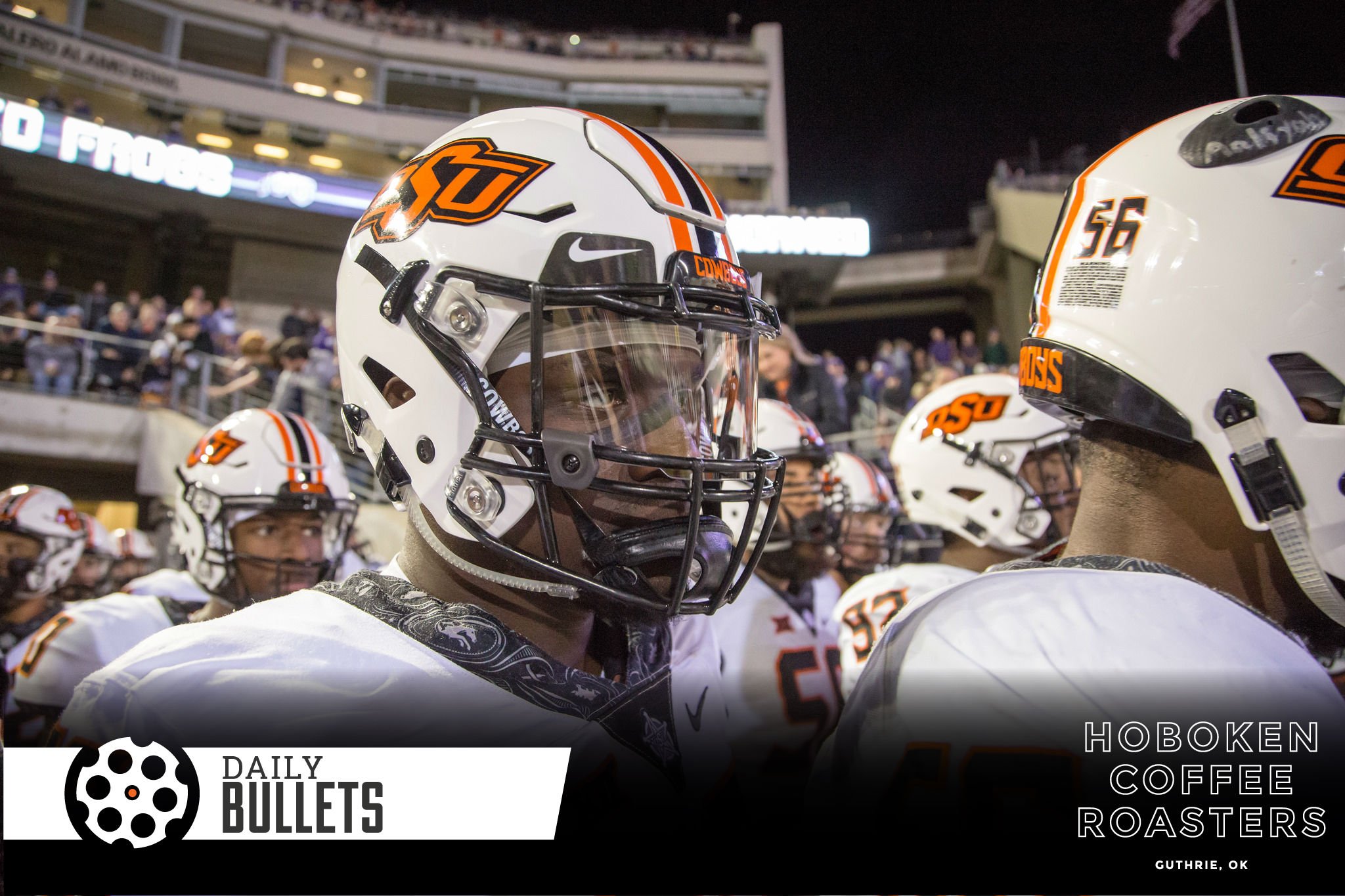 Outside of the Langston Anderson commitment, Gundy said it best here about signing day for OSU fans:

Gundy on signing day: "It's a very anti-climactic day compared to the past."

It’s a lot of fun to hear about football recruits signing with the school they grew up cheering for. Booker T. Washington’s Demarco Jones lived that dream yesterday.

“I talked to DJ’s grandmother at our banquet. She’s a big OSU fan,” Booker T. coach Brad Calip said, “and she’s been collecting OSU Christmas ornaments for 20 years. So he has been seeing this since he was a little bitty kid. That’s who he always wanted to play for.”

“After I sign,” Jones said, “it’ll be a dream come true, honestly.” [TulsaWorld]

It’s a family affair with the Jones’ family – his grandma was a Cowboy, his uncle played linebacker for the Pokes, and his cousin is former Cowboy running back Jeremy Smith.

While I don’t love the general premise of these comments made by a retired Alabama professor, it’s fascinating to consider how football coaches shape the national perception of a state.

(Professor) Voss said, “I think Bear Bryant is to Alabama what Bud Wilkinson was to Oklahoma, in many ways. I grew up in Kansas. Back when I was a boy, Oklahoma was thumping everybody. The Sooners kind of redeemed the image of the Okies that John Steinbeck put out in The Grapes of Wrath. Made Okies respectable, at least on the gridiron. [NewsOK]

It’s always interesting (and slightly nauseating) when you travel and mention you’re from Oklahoma/went to college there/etc. that folks generally mention the Sooners. Surely if one mentioned Oklahoma State, Boone Pickens and Mike Gundy come up naturally.

This is one of the greatest signing days you will ever see. Hanahan’s Cooper Dawson picks Syracuse- but does it by first telling close friend Kingsley Feinman. Kingsley announces the decision- Dawson adds that Kingsley taught him the only disability is a bad attitude. @ABCNews4 pic.twitter.com/3OGJzJmlXg

Loved the signing day graphics the Pokes had yesterday, earned them a bit of national attention.

Two of the best #SigningDay graphics themes ever!

In keeping with tradition, the only signing day list that matters: The Class of 2019 All-Name Team. pic.twitter.com/6RnfhWOIRp

Worth noting: Mike Gundy clarified that Dru Brown and Kemah Siverand count toward this year's numbers. So while #OKState signed 19 today, it's at 21 for 2019. Four spots remaining. #okstate

#heygoogle Have you ever wondered what Kevin McCallister is like as an adult?  Me neither. But just in case you’re curious you should totally watch this #ad pic.twitter.com/uO9qMPrUT3