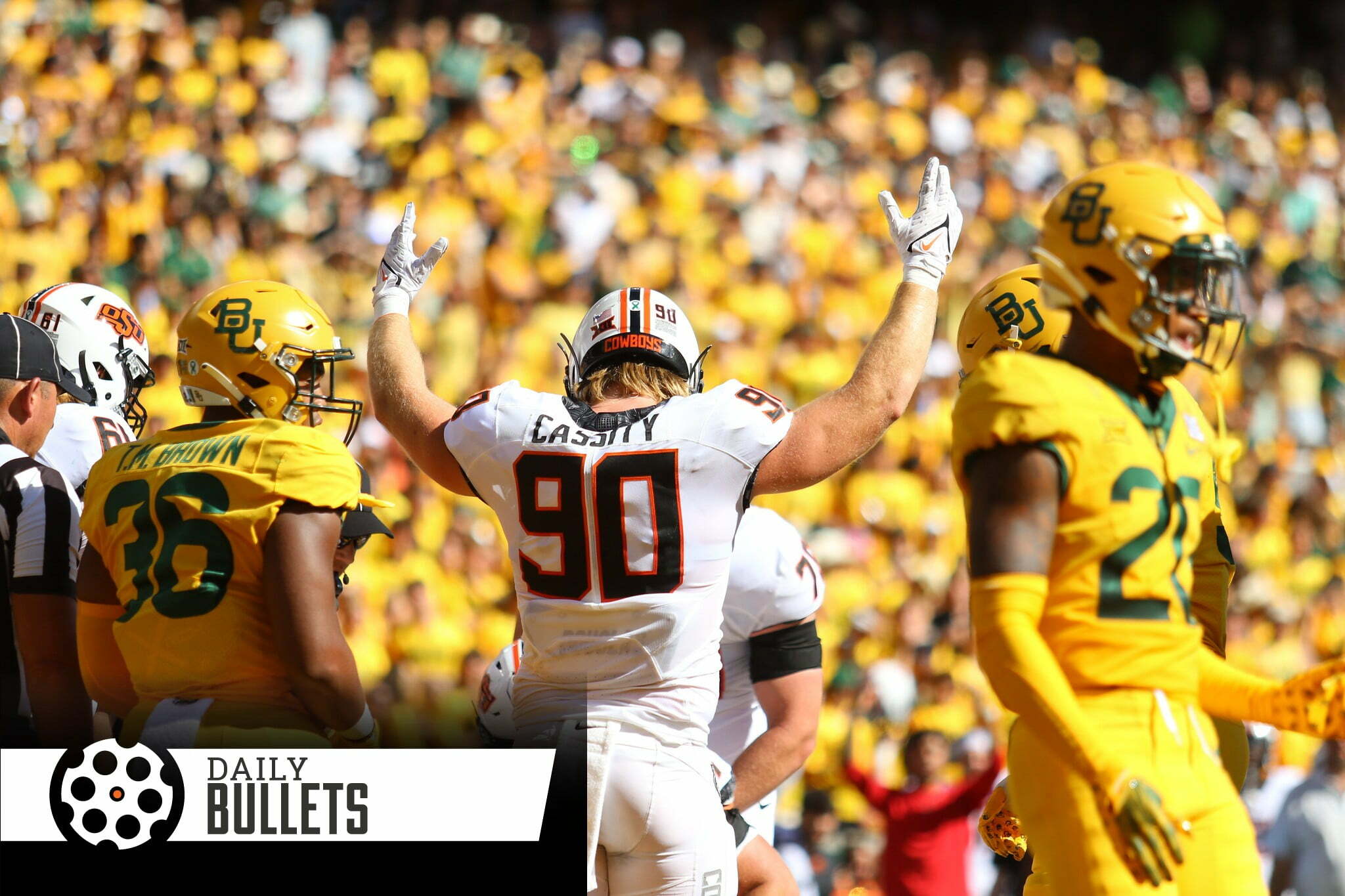 • Signing Day Recap:
– Five Thoughts from the early Signing Day – and the one surprise addition to it
– Here’s the post that was live updated as signees came in
– What Mike Gundy had to say at his press conference about the class

• Of all the incoming players, Texas State lineman Dalton Cooper has to be the most exciting given the line’s struggles this fall. PFF has him listed as the No. 5 best lineman in the portal – “…he should be one of the best offensive linemen in the nation”.

Cooper was a road grader last season. His 90.1 run-blocking grade in 2021 was a top-10 mark among all offensive tackles in the country.

This year, the redshirt sophomore became an elite pass protector. His 85.1 pass-blocking grade was a top-10 figure among FBS tackles. If Cooper can put it all together next season at Oklahoma State, he should be one of the best offensive linemen in the nation.

• One of the greatest what-ifs in Oklahoma State Football history: if the No. 4 quarterback recruit in the nation had found his way to campus instead of an historic pro baseball career.

• Stovetop popcorn process for the win, buddy made it last weekend and it’s next level
• Can completely empathize – Bingo is an incredible dad
• Guilty pleasure of mine – David Baldacci wrote a book that was turned into a Hallmark movie and I like it (the book)

It was her calling the cops on Santa on Christmas Eve that did me in – I’m here for all the Neal jokes too.