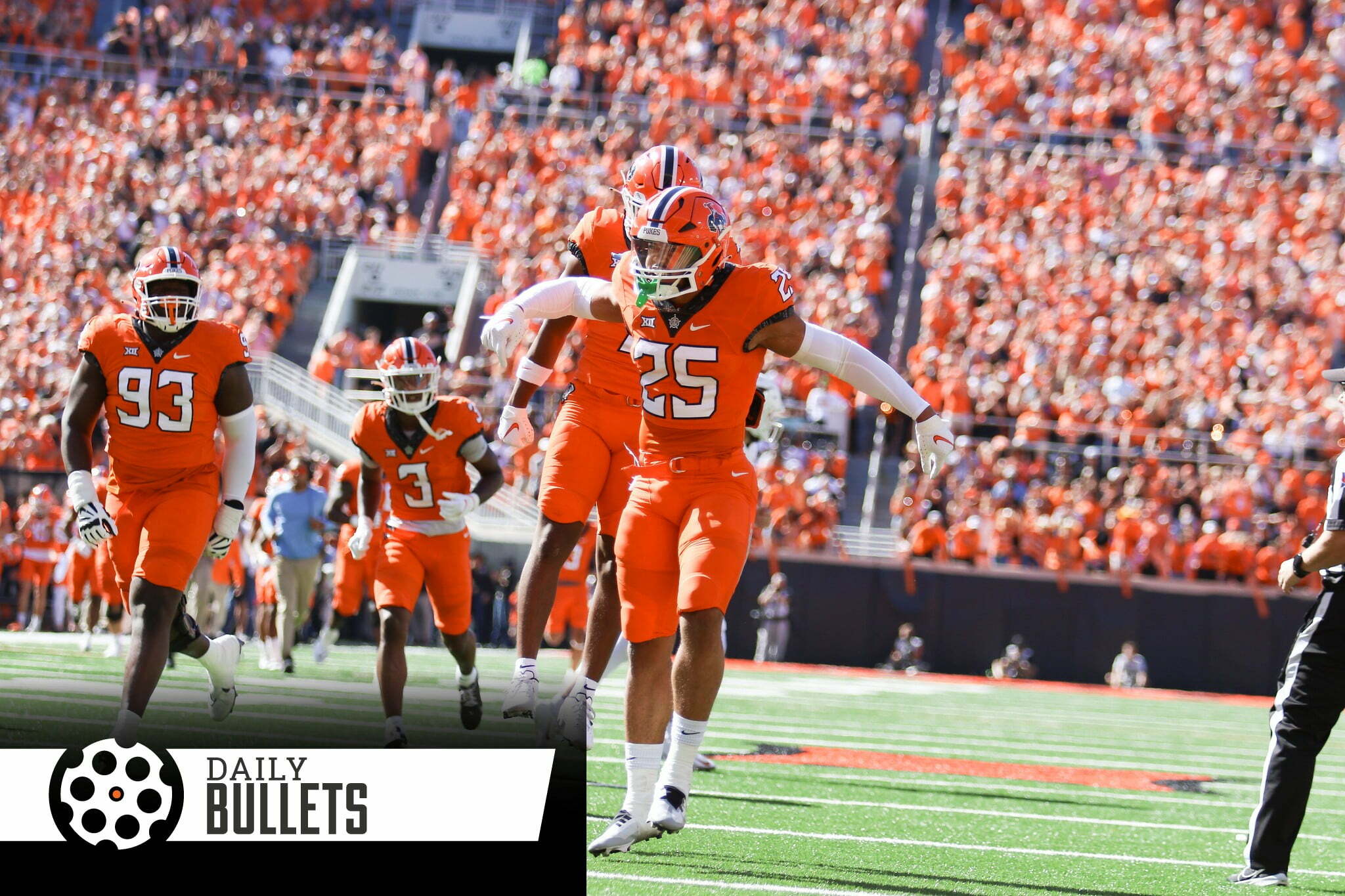 • Mike Gundy advocated for a fifth-year of eligibility

• Bill Haisten points out that tonight isn’t a “logo game” for a Cowboys:

In and of itself, that game didn’t add much luster to the Oklahoma State football logo — and neither does Tuesday’s Guaranteed Rate Bowl. It just happens to be the best television option of the evening.

• While rumors swirl about OSU hunting for a portal replacement for Spencer Sanders, could Garrett Rangel make a move in the bowl game that gives him a leg up on a potential competitor?

At quarterback, Garret Rangel will get his third start of his true freshman season, which could give him a boost going into an offseason which is sure to involve a competition for next year’s starting job.