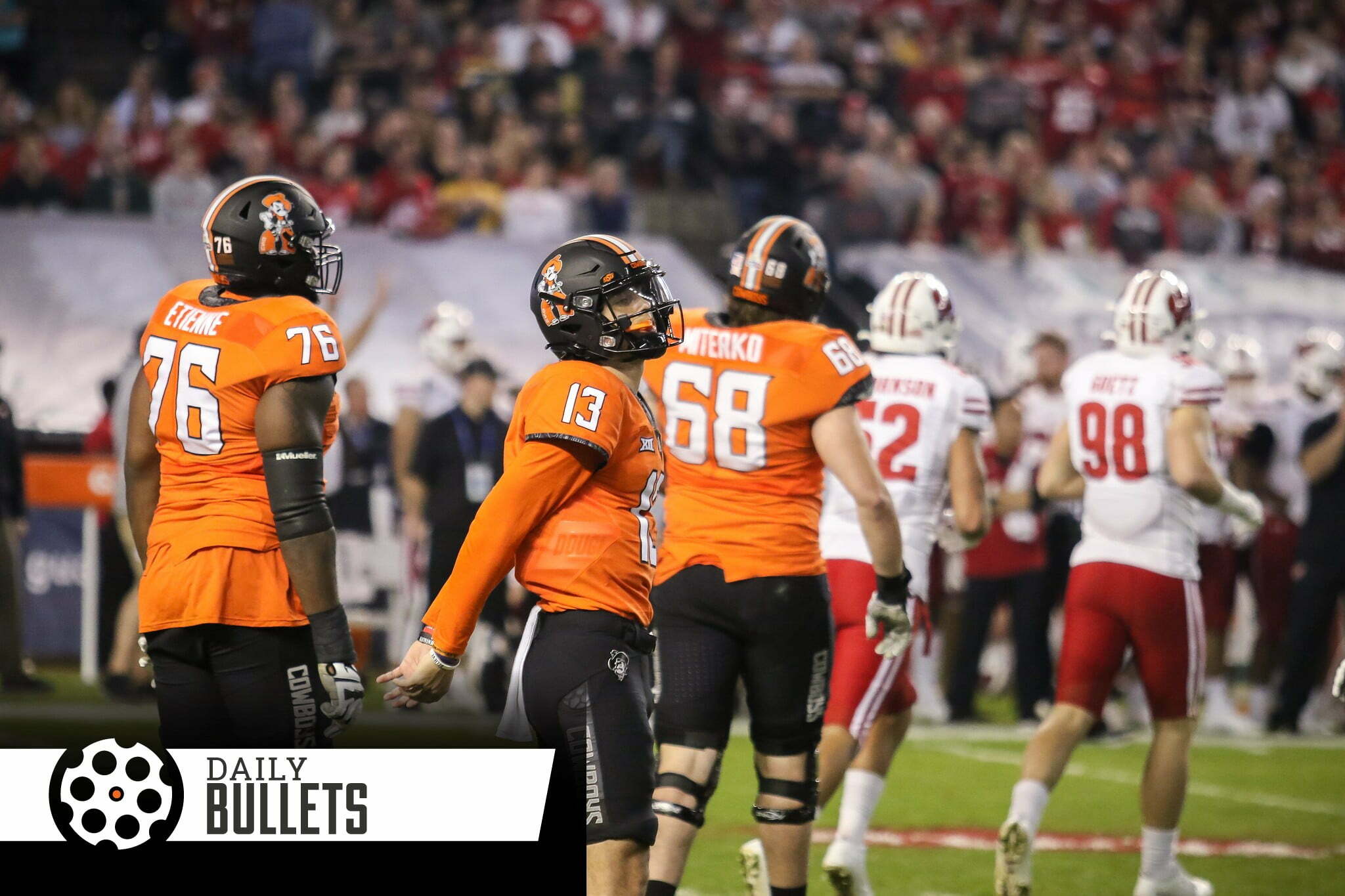 • Give it to the Pokes, they fought until the end Tuesday night. But there are zero questions about what OSU has to fix in the offseason:

During the opening half against Wisconsin, Oklahoma State totaled 11 rushing yards and was 0-of-6 on third-down conversions.

• Could (prime) Barry Sanders get away from a bear?

• This is a pretty interesting note about the Pokes from the early signing day:

While recruiting did not drop, it is fair to say the rest of the Big 12 elevated, while the Cowboys remained steady.

• OSU could use a year for Garrett Rangel and Zane Flores to develop:

• Concerning the Trace Ford move – I get this stance from Doug. It’ll be pretty easy to pull for Mason Cobb and Jabbar Muhammad in the Pac-12 – the exact opposite for Trace Ford in Norman. Brock Martin had the best response.

• Pretty handy – a compilation of all the best book lists of 2022
• Gonzaga ponders future amid realignment
• Southwest Airlines canceled 5,400 flights in less than 48 hours

Loved this gesture by Texas Tech in honor of Mike Leach and Ole Miss to decline it: