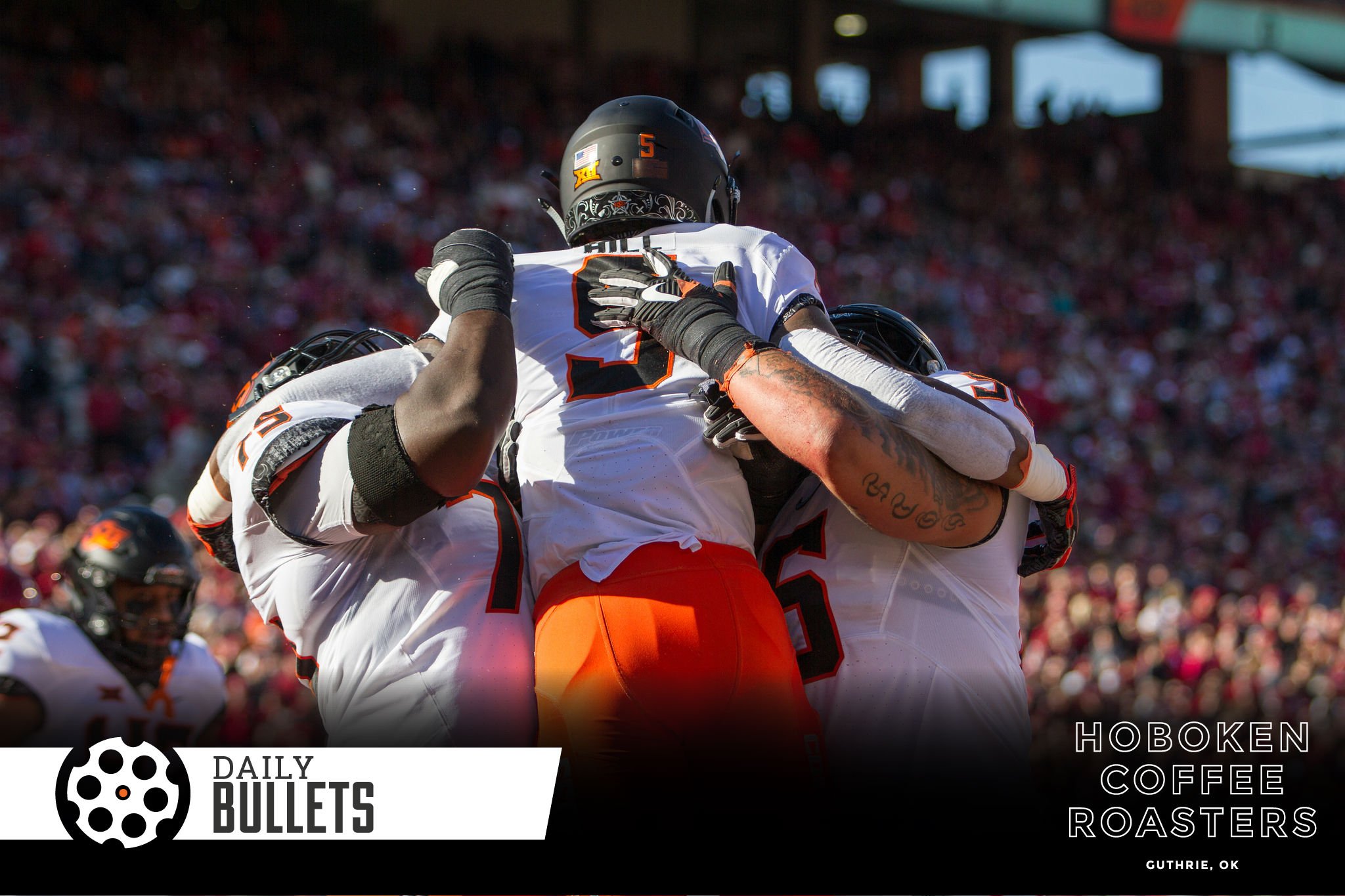 Mike Boynton and Co. head to Tulsa tonight to play the Golden Hurricane, always nice for the Tulsa crowd to have a short drive.

Around conversations about how badly OSU needs these dozen-plus bowl practices, let’s take an early look at OSU’s returning starters for 2019.

While OSU will have to start a new quarterback in 2019, it does have its fair share of projected returning starters. Nine of the 11 offensive starters against TCU could return next season — all except Taylor Cornelius and right guard Larry Williams. That includes the team’s top four receivers, as well as running back Chuba Hubbard.

Defensively, the line will need an overhaul, as it could potentially lose all four starters if Jordan Brailford departs for the NFL. But Justin Phillips and Kenneth Edison-McGruder are the only two seniors at linebacker or safety. [TulsaWorld]

So you return Bundage and most of the secondary to go with a loaded gun of an offense waiting for Spencer Sanders. But oh boy, Knowles is going to earn his money and leave his mark (for better or worse) revamping this defense. Can Joe Bob or Richmond play d-line?

Mike Gundy had a thoughtful take on the trajectory of bowl games (and star players playing in them).

…I’ll be honest with you: I think that you’re gonna see in the future, you could have a team that’s in a championship and a guy not play, if not somebody told him, ‘You could be worth this amount of money,’ and I’m guessing that players do it if they’re concerned about their durability to stay healthy for the spring, for the draft.

Like with Justice, we protected him as much as we could early in the season and he got hurt in the latter part of the season and I would guess that he wants to make sure that he stays healthy so he can test and run and do all the different things for the draft.” [NewsOK]

It makes sense to give other backs some run early in the season, no need to get somebody hurt against the Missouri State’s. But for the teams with a solid contingent of the 200+ humans capable of playing in the NFL, seeing who does and doesn’t play in the bowl games could be sour grapes for fans.

What Kliff Kingsbury to USC means to them….TulsaWorld’s Guerin Emig lists his Big 12 awards – I agree with his coach of the year….Urban Meyer retiring after the Rose Bowl, Buckeyes hiring replacement from within….Tramel on what it meant to cover Bill Snyder

Pretty impressive that OSU held this guy to 21 points.

Brett Rypien finishes the year as one of the nation's best signal-callers pic.twitter.com/JFkcTLtASn

The Liberty Bowl mates got some good news on the trail.

Props to the Cowboy alum.

Saban was bound for glory from an early age.