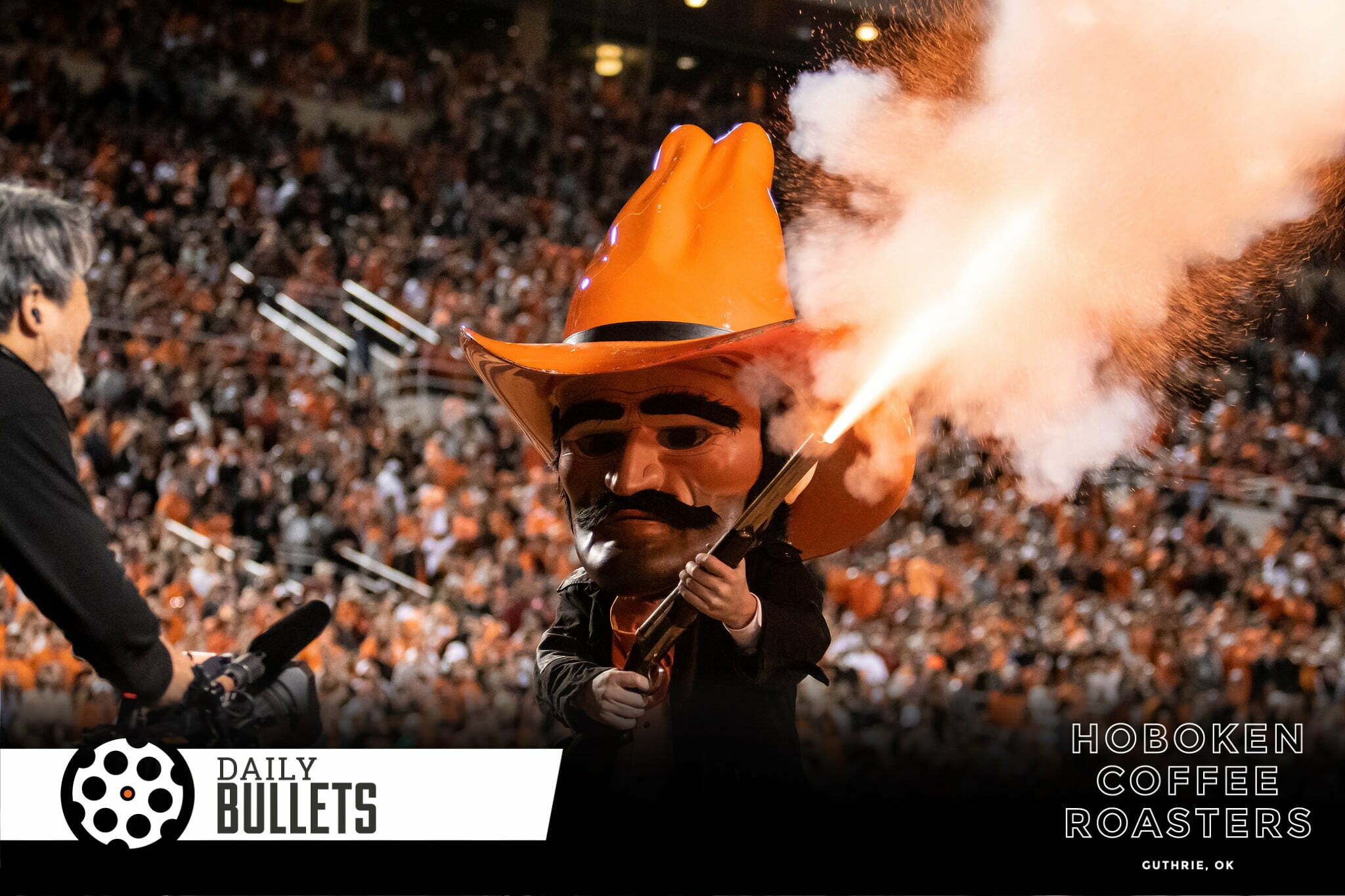 • OSU could really go for an impact tight end – they’re shooting their shot after offering three guys late this week. Jelani Woods was something but the gamebreaker that an Alonzo Mayes or a Brandon Pettigrew they have not had. Get after it, McEndoo.

• This stat on Spencer Sanders’ interceptions blew my mind.

Sanders finished the year with 12 interceptions, the most in any of his three years as the starter, though seven of those came in both games against Baylor.

• ESPN’s article highlighted something Mike Gundy is pushing OSU to undertake – a big-time marketing plan to take the Pokes a level higher. Carson and Colby looked at this question from a different angle in the pod this week.

Gundy wants Oklahoma State to embark on a strategic marketing plan that would highlight the program’s long-term success. He’s working closely with university president Kayse Shrum and athletic director Chad Weiberg, who both took over their roles in 2021, to address areas throughout the program, including facilities, ticket sales and staffing.

• No. 2 Would you rather be Auburn or Oklahoma State?

• No. 3 Five Thoughts on OSU’s Bedlam-Win at GIA

• No. 4 OSU handed their Third-Dual Loss of the Season

Entrepreneur and investor Sam Altman says some of the best advice he ever received was, “If you can’t figure out what kind of work you like, pay attention to what’s easy to concentrate on and gives you energy vs. what makes you tune out and feel tired.”

What is easy for you to concentrate on?