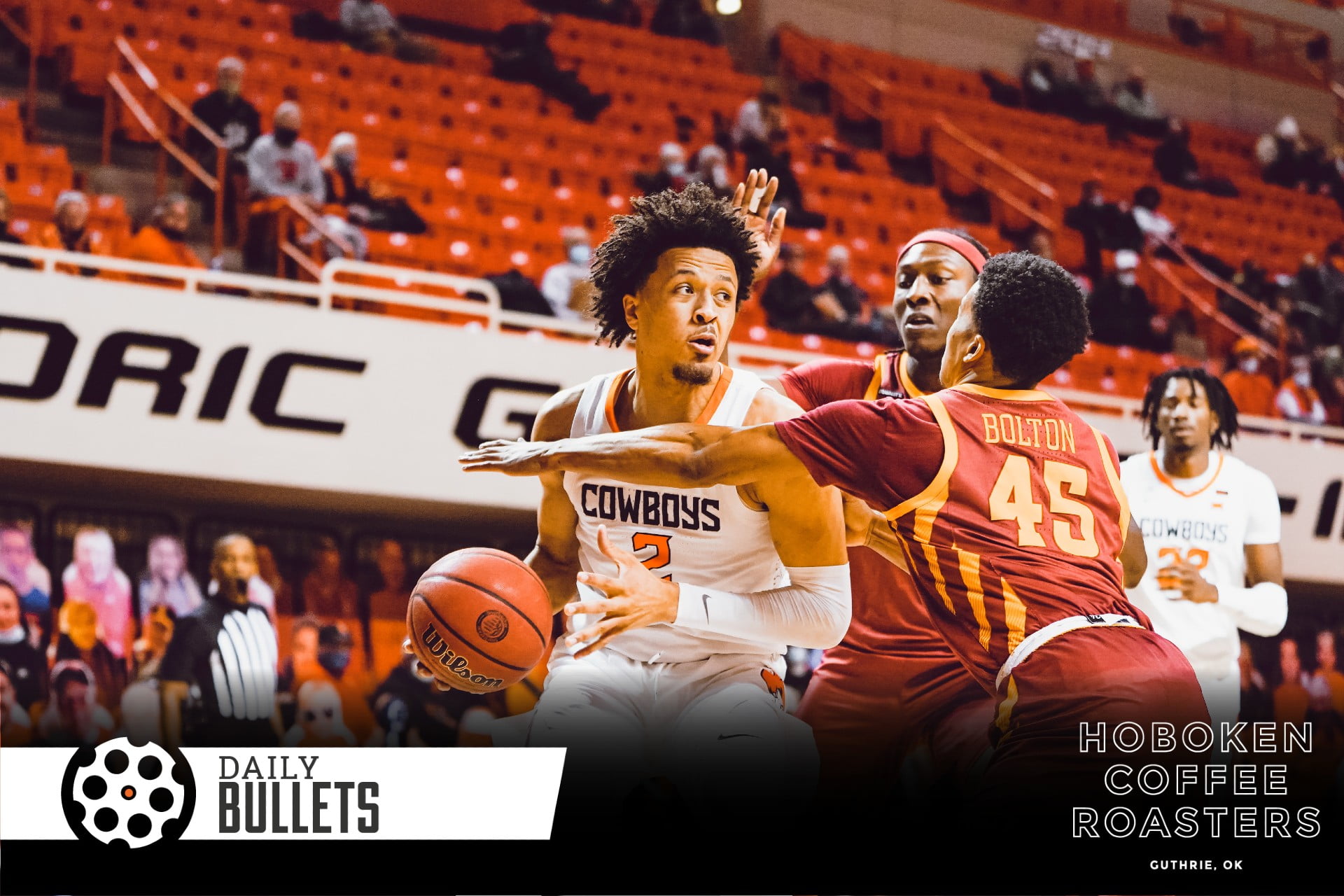 OSU had just 13 turnovers against Iowa State. It’s the fewest the Pokes have had in a game since the 12 they put up against West Virginia on Jan. 4.

On top of that, the Cowboys eclipsed 20 assists for just the second time this season.

• Here’s why an NFL team should sign Chris Carson, a free agent this offseason:

Easily one of the most overlooked running backs in the NFL, a healthy Carson deserves much more notoriety than he received in his time with Seattle. But because he didn’t, he’s a fantastic value heading into free agency, and far from the age wall of 30.

• Pick Viktor Hovland to win in California this week at the Genesis Invitational – here’s why:

Winner (30-1): Hovland’s run has been mega quiet. Stealthy, even. He has four top-six finishes in his last five starts — including a win at the Mayakoba Golf Classic at the end of 2020 — and is cruising from tee to green right now (only D.J., Joaquin Niemann and Rory have been better).

• The Pokes’ win over Arkansas is aging nicely into a quality win – go Hogs:

• Put in the Louvre:

• Do the task, not the cloud
• What it’s like to try to get back into the NBA
• Don’t fill every spare moment with something (faith-based)