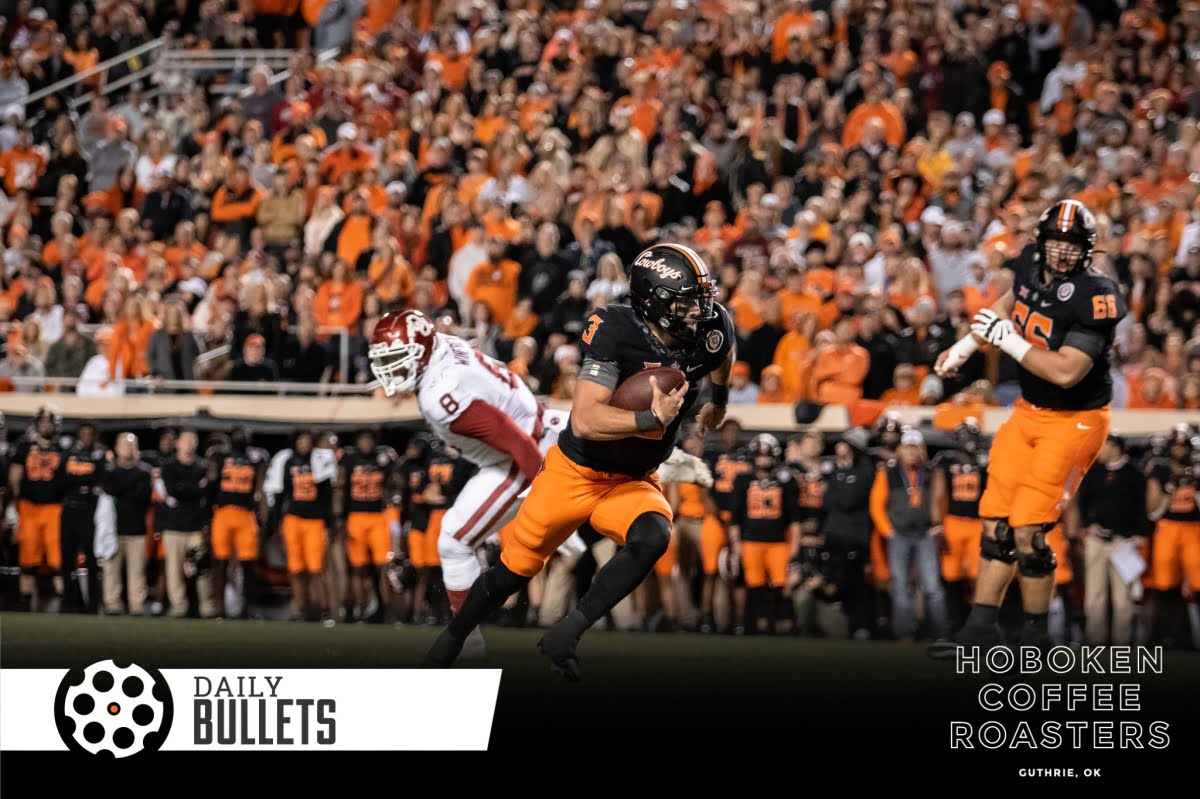 • Excellent coverage ahead of today’s big game against the Sooners:
– Keys to the Game
– TV info, projected lineups and series breakdown

• It’s hard to quantify how valuable Jaylen Warren and Tay Martin were to the offense last fall. This take on Martin was spot on:

When the Cowboys needed a play to be made in the passing game, Tay Martin was the go-to man. There are some consistency issues in his game, and he has had moments where he falls short, but it looks like he has done a nice job in practice and has made the most of his reps in Las Vegas.

• Love how Boynton doesn’t shy away from Bedlam’s significance:

“It’s already the most important game on the schedule,” Boynton said Friday. “I don’t know if it can become more important than that. But there’s a high sense of urgency around our program and understanding all that goes into preparing for game against our rival and a really good team.”

• Bill Haisten looked at a former Cowboy and his life as an MMA fighter after being a Cowboy wrestler:

“At the same time, because he was an All-American wrestler in college, Jacobe (Smith) recognizes that it won’t be easy for him to get opponents. No one wants to fight him. And when (potential opponents) hear that Jacobe is a Daniel Cormier protégé, that makes it even more difficult to get fights.”

• If you could go back in time and stop Terry Don Phillips from “raising the roof”, would you?

Man, I would kill for a nicer version of the old barn.

• No. 2 Boynton Fed up with Selfish Play

• No. 3 Pokes land a Commitment from former Oregon Receiver

• No. 4 Would You Rather: Auburn or Oklahoma State?

• No. 5 OSU lands a Commitment from Berryhill Lineman

• A list of not-lame Valentine’s gifts for your girl
• Great friend recommended this article on reading better, good stuff (faith-based)

Great thread on the most valuable “razors”: