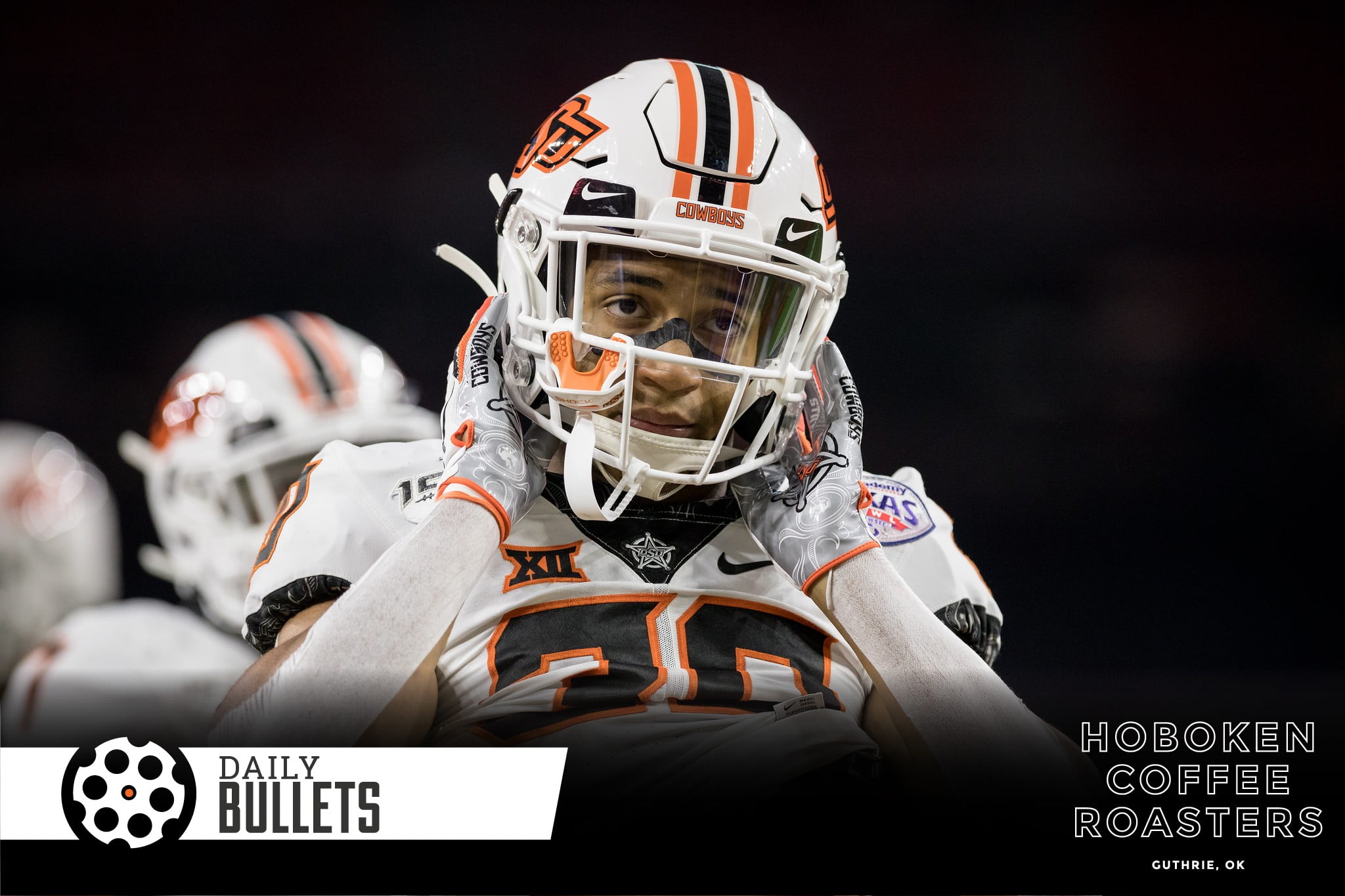 • Chuba’s back… right?
• Rhule is one – what that means to OSU
• Candidates for the OC job

The social media post that inspired this post was whatever the opposite of damning evidence is – positively convicting? – that Chuba is at minimum torn and at maximum toying with us for as long as possible.

There are two competing clocks in play here: the longer this decision goes, the further he gets from the public displays of emotions by his friends reaching out to him. But the longer this goes, the more it seems like he could be talking himself into staying and that’s causing the conflict.

The first change is that it likely clears Baylor from that top-tier. A league-leading defense with a veteran quarterback was all they needed to get to Arlington. This move will push a guy or two to the pros or out the door (depending on who replaces him).

It gets a guy out of Mike Gundy’s hair – someone who is really good at their job.

• Most Viewed of the Week (No. 3): Three Candidates for the Offensive Coordinator Job

We still don’t have the answer on this days later but we kind of do… right? Anything other than an announcement saying Kasey Dunn has finally been promoted would be a surprise. When Tim Rattay was announced as the QBs coach it sort of clinched that Todd Monken wouldn’t be back.

It would now require a current coach to leave/asked to leave to create a space for him, not a likely option at this point.

• Most Viewed of the Week (No. 4): OSU Athletics Tweets Out Canadian Flags

This one ruined us all on Candian flags, right? Maybe even Canadian bacon, the CFL, and maple syrup, anything that makes me think of Canada.

The most bizarre part of all of it is that it wasn’t a leading indicator that he was about to make a decision. It was a wrong assumption on my/our part to believe that was the case as it was clearly just a “thanks for being awesome, plz don’t go” to Chuba.

• Most Viewed of the Week (No. 5): Reportedly Sean Gleeson is Headed to Rutgers on a Three-Year-Deal

Decides for yourself – Gleeson was quietly nudged out to make room for Dunn, a result of him not being a good fit, or Gleeson was watching some old Ray Rice film at Rutgers and decided he could coach an offense like that. Gleeson was willing to go home for what I assume is a payraise for him being willing to take a demotion (a significantly worse job than OSU).

If it’s the latter, it’s a funny way to show gratitude for getting your big break – which makes it almost more likely that it’s the first option: he was nudged out. Either way, it was a short tenure characterized by a lot of running the ball.

• Bonus Bullet: Mike Leach had a great take on why he felt good leaving Pullman, Washington where he had great relationships and a budding program:

Leach, who spent the last eight years at Washington State and won a school-record 43 games over the past five seasons, said leaving those relationships behind was the hardest part of taking a new job.
“The other side of it,” Leach said, “is you’re going to be dead in 100 years anyway.” [ESPN]