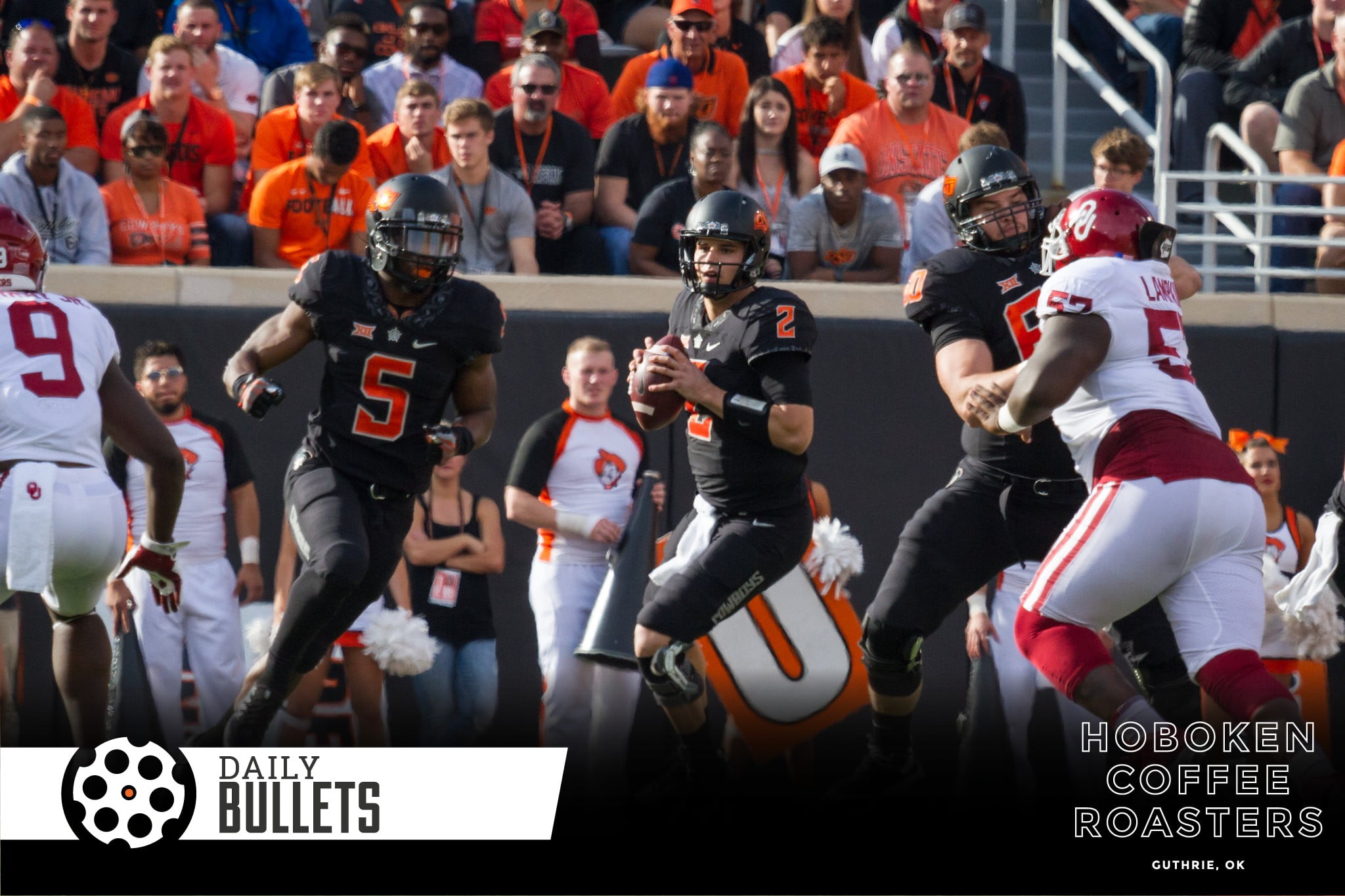 • With today’s Bedlam game being postponed (OSU COVID-19 concerns), reminiscing over the Robisch -> Mason bomb is worth your time.

H/t to OKC Dave for linking the TulsaWorld article from the game on Twitter.

• J.W. Walsh is back in Stillwater as a coach – seems like the ideal path for the Walshing Machine is for Tim Rattay to get called back up to the pros then a bump to the QB coach role

• Seeing new players get to OSU is fun – one of my favorite OSU sports memories or traditions has been walking into GIA for a non-conference game excited to see new basketball players.

• Mike Boynton spoke well of Cade Cunningham’s desire to enjoy the moment and work hard at Oklahoma State – something that’s probably difficult when you’re about to be a millionaire.

“…(Cunningham) doesn’t want to waste an opportunity to get better. He doesn’t want to look up in May and be like, man, the draft is around the corner, I need to get to work. Nah, there’s 10 months here you can really, really invest in yourself and find a way to maximize what you have right in front of you right now.”

• How will Cowboy Football fare with name/image/likeness changes coming? I suspect the rich will get richer but OSU will compete and hold their spot in the upper middle. Berry T. talks about NIL here.

• What’s the ratio for enjoyment of Bedlam wins when you compare football to basketball: one Bedlam football win is equal to six Bedlam basketball wins?

• No. 1: Five thoughts from the win over Kansas

• No. 2: Recapping the win over Kansas

One of the few times I’ll post politically (note: I’m not taking a side) but about the concept of political partiality – seemingly a key quality in 2021:

The problem with political partiality—like any form of partiality—is, it produces a more hateful and violent culture. It doesn’t rejoice in truth, it rejoices in tribes.