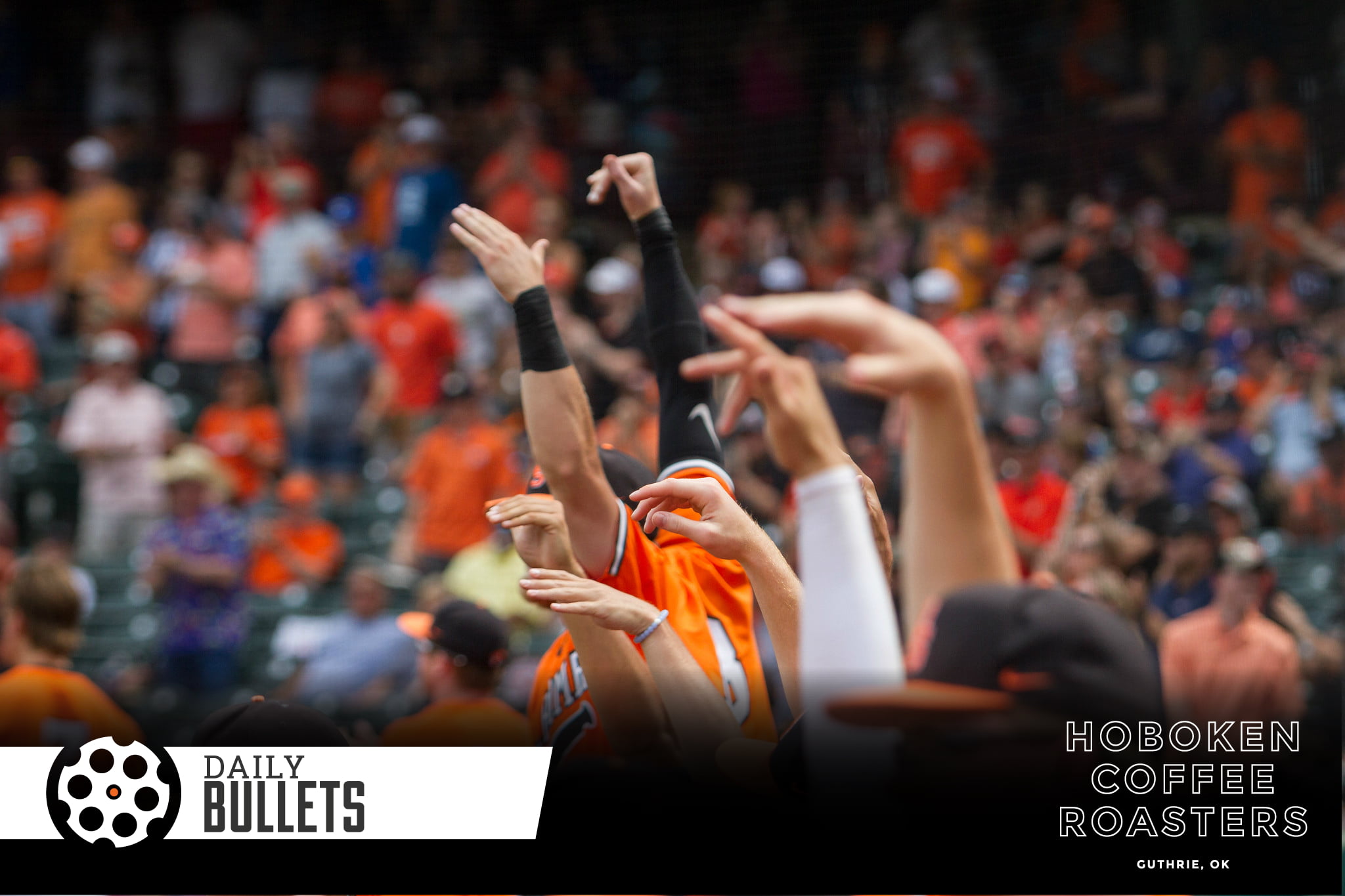 While the turnstile in front of GIA continues to spin behind an F1-breeze, I have a hard time with the logic in this one. Guys have left Stillwater after struggling to acclimate to Big 12 play – recent examples would be Duncan Demuth and Lucas N’Guessan.

I think Curtis Jones is different and his exit could be a couple of different things – he wants to be the feature guy and was lined up for a sixth man role or he saw that first scorer off the bench role threatened by the newcomers.

• Most Viewed (No. 2): Five Thoughts on OSU Winning the Big 12 Tourney

Marshall nailed his description of this baseball team in his last paragraph noting that:

When the Cowboys are on offense it’s often a street fight instead of a boxing match. The OSU batters are going to take some major hacks, and all it takes is one to land to change the game. It’s a fun brand of baseball to watch. [PFB]

You can live and die by the long ball but when you combine that with this Rob Walton-led pitching staff, you’ve got a real shot at making some noise.

• Most Viewed (No. 3): OSU Trending for Five-Star Forward

Boone did a good job highlighting what needed to be said – that a handful of unbiased third parties are calling for a five-star forward to land in Stillwater while also noting that it’s way too early to expect a decision.

Either way – the trend of OSU being in on big-time talent is continuing and I can’t imagine how fun it will be if/when Boynton gets a five-star on campus.

• Most Viewed (No. 4): Cowgirls Beat Noles 3-2, Punch their Ticket to World Series

This series probably told us what needs to be known about this softball team – they don’t care who it is, they’ve got a right to be in the game with a good chance to win regardless. The Cowgirls ground out a close win against the defending national champions and let them know they weren’t invited back to the Sooner State.

• Most Viewed (No. 5): Porter Texas over OSU in Golf + Match Play Thoughts

Who’s more offended by how their party is graded – OSU fans by the idea of match play or Democrats by the idea of the electoral college (See Gore and Hillary campaigns that won the popular vote)?

Either way – outside of gluttons for punishment who like watching the Golden State Warriors beat everyone in the NBA playoffs – nobody would have stuck around to watch a stroke play bludgeoning. I was glued to my phone getting updates and that was way more fun.

• Touching story from the former Cowgirl and current US women’s national team member talking about her community growing up.