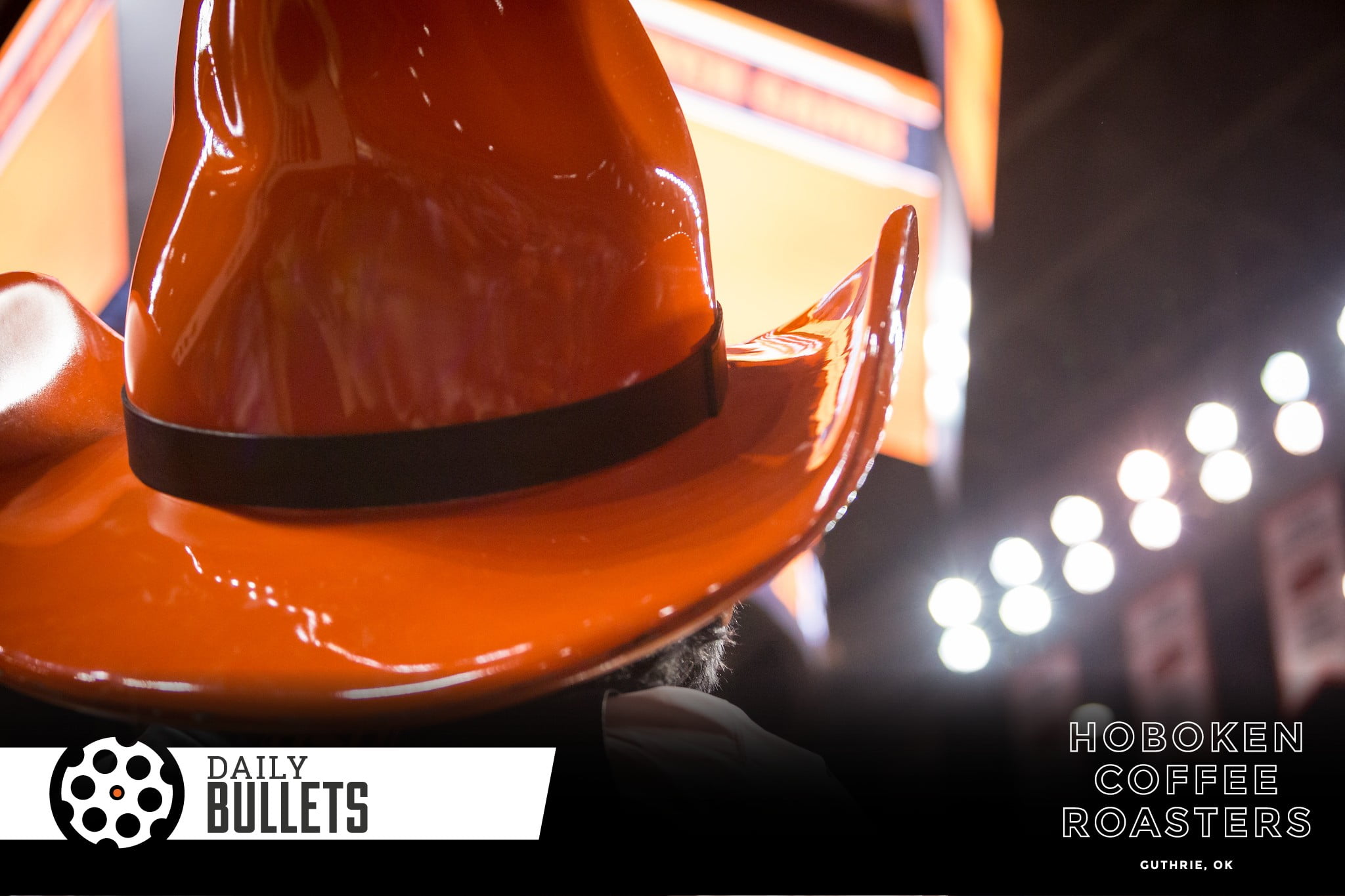 It’s the weekend – and an anti-climactic one if we’re doing this virus thing right.

• Here’s a take for the sports world – let’s take a breather and postpone rather than cancel everything on the calendar.

When postponement or pausing is possible, I think it’s in everyone’s best interest, especially with how emotional everyone is and how sparse information is right now. [PFB]

I know the comment above was made early in the week but the premise still holds.

• It feels like OSU has spent more time (informally) exiled from the tournament than the Hebrews in Egypt. Can Mike Boynton tell the guys stories like this to help understand what’s possible at Oklahoma State?

1992: OSU shot an NCAA Tournament-record 80 percent from the field (28 of 35) to rout Tulane 87-71 in the Southeast Regional quarterfinals. Byron Houston, Corey Williams and Sean Sutton combined for 72 points and five missed shots. OSU then lost to Michigan’s Fab Five in the Southeast semifinals. [NewsOK $$$]

• Here’s an idea, don’t click on anything a guy named Brad Crawford writes – this is the laziest take on Jim Knowles’ defense in a while.

I’m not convinced the Cowboys will be good enough on defense to win three of four against TCU, Iowa State, Oklahoma and Texas, which is likely what it’ll take to reach the conference title game given the expectation level. [247 Sports]

The logic of not being sure you can beat Oklahoma is fine but it wasn’t the offense that won the game in Ames or against TCU last year – it was a resurgent defense.

• With two open roster spots left, what should Mike Boynton value adding most for the Year-of-Cade (Cunningham)?

OSU has two scholarships remaining to give out, given no one transfers out. The two class of 2020 guys most heavily linked with OSU right now are JT Thor and Donovan Williams. [PFB]

The greater question is what puts OSU’s program on the highest trajectory: a grad transfer or two that raises the odds of making it to another round or getting higher profile talent on campus that can stick around and develop?

• Go ahead and draft Blake Jarwin to be your fantasy football tight end this year (just not too early).

Two tight ends who have shown impressive efficiency as receivers on limited samples thus far are both now primed for expanded roles in 2020. Jarwin signed an extension as Jason Witten walked, which opens up starting snaps in Dallas. [CBS Sports]

• A take I heard on yesterday’s PFB pod mentioned a Power Five-athletic director noting it would kill the budget if they don’t play football this fall.

How many programs does OSU have to drop if there’s no football?

• Pretty wild story – Real estate for the apocalypse: my journey into a survival bunker
• I like Newport’s four Cs and the idea of focusing on them
• Another crazy story lost in history – the “Kettle War” between the Dutch and French
• Two solid NBA pieces – where the NBA goes from here (start in December!) and a simulation of the rest of the season/playoffs