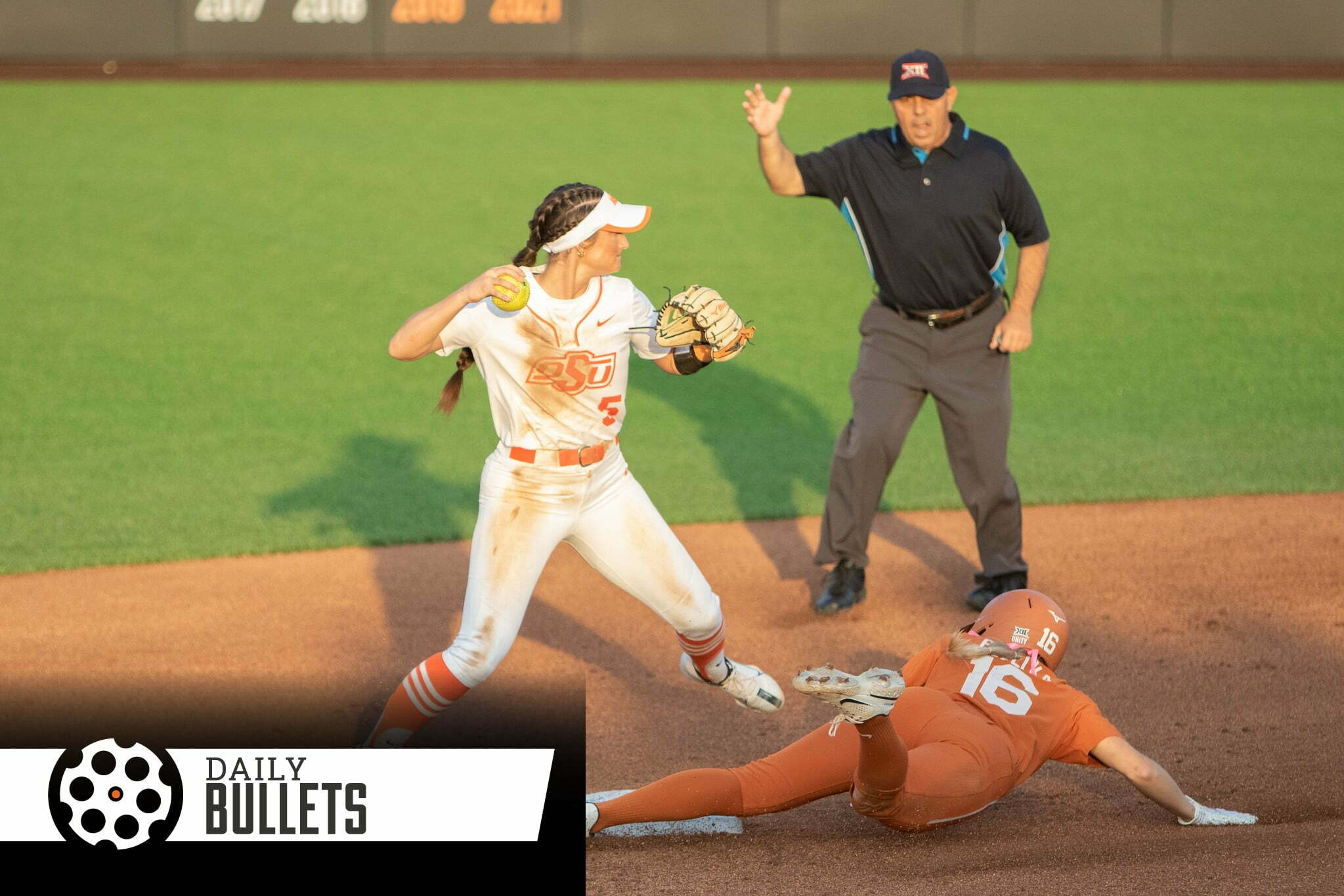 • This article pointed to Spencer Sanders as one of five college quarterbacks who could have a Kenny Pickett-esque season where he progresses to the point of being a first-round pick in the NFL, lots of great excerpts:

…I include him for his potential growth as a passer. Sanders threw the ball more in 2021 than any other season and saw a dip in his efficiency. His completion rate dipped slightly, while his yards per attempt plummeted to 7.2, and he had the lowest efficiency rating of his career at 133.5. Of course, he also set career-highs in yards and touchdowns and nearly led Oklahoma State to its first Big 12 title since 2011.

I don’t know that he’ll ever reach the point where he’s considered a first-round pick by NFL teams, but it’s not insane to believe Sanders can have the kind of season that garners Heisman buzz if he improves as a passer to add to his rushing ability.

• Cowgirls womanhandled UT yesterday in the Big 12 semifinals setting up an epic showdown with the Sooners today – game on.

‘They average a signing class in the low to mid-30’s…. nothing screams “we know who we are, we know what we’re doing” leave us alone more than averaging a nine or ten win season”

• Fun interview with Malcolm Rodriguez talking about being drafted and potentially hanging with Cade Cunningham up in Detroit:

“I haven’t talked to Cade yet,” Rodriguez said. “Might be one of those things when I get down there he’s got to show me some good spots around there so it’ll be fun.”

• I’ll believe it’s real when he’s not shooting 1-on-0 but this could be fun:

• Is there a world where Spencer Sanders is wrong about his ideal stadium layout?

• No. 1 Cowgirls dropped game one of the Bedlam Series

• No. 2 Parker Friedrichsen decommits from OSU

• No. 3 What Deondre Jackson’s Commitment means to the Pokes

Liked this take on habits:

“When determining the size or complexity of a new habit ask yourself, “What can I stick to—even on my worst day?”

Start there. Master the art of showing up. Then advance.”