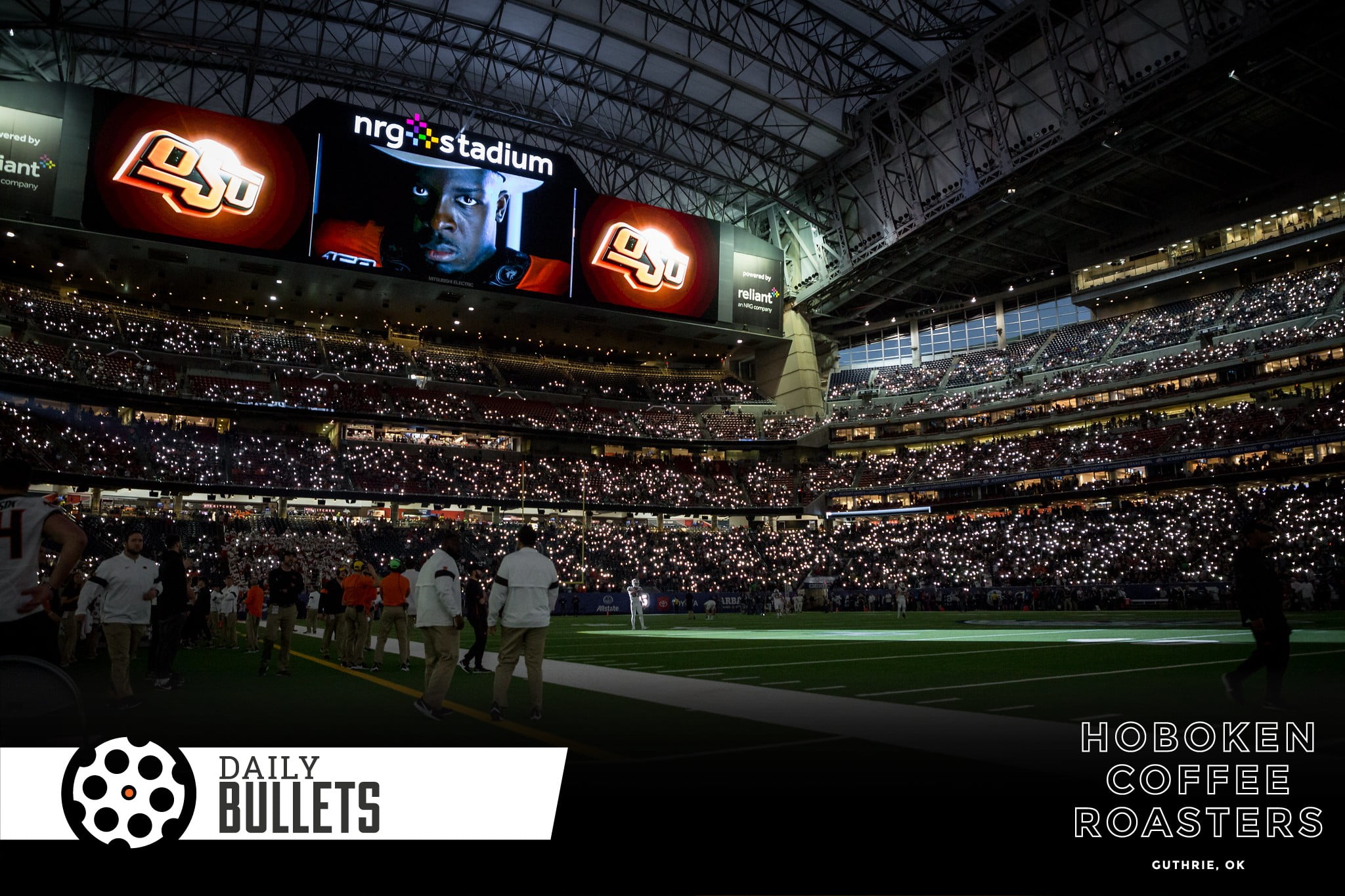 Happy Tuesday – there are no known Covid-19 cases in Stillwater.

• ESPN listed Mike Gundy as the 24th-best coaching hire in college football since 1995 – and his sustained level of top-25 finishes shines in the darkness since 1988.

• I couldn’t stop looking at this old Pistol Pete – way more Yosemite Sam than the Pete we know and love today.

• Chalk the below up to the “Chuba Effect” – where the majority of your yards involve the threat of him running for days.

Four Power 5 schools picked up at least 50 percent of their passing yards on play action in 2019. pic.twitter.com/lBK9XP4B4D