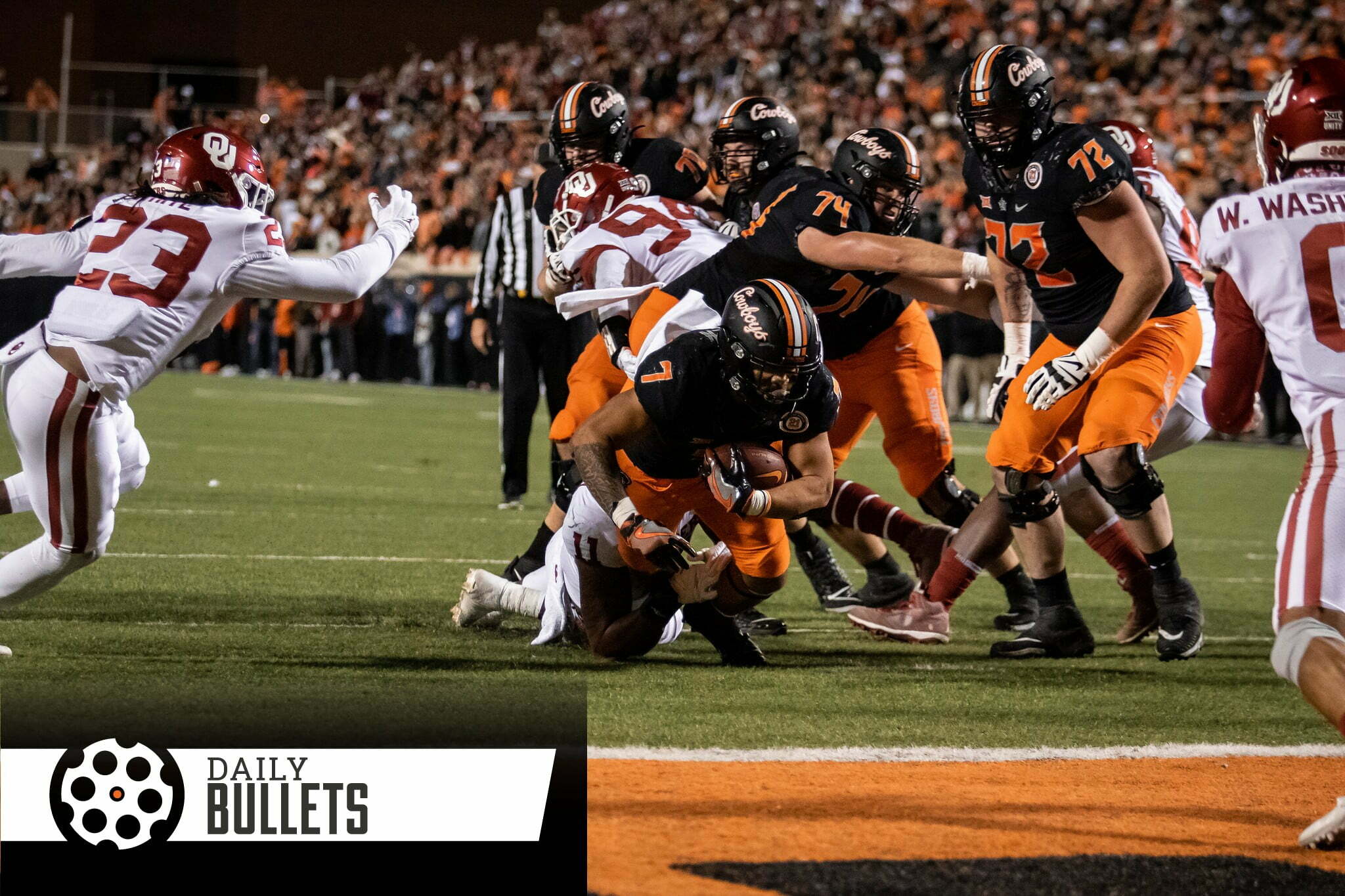 – The PFB squad predicts the Bedlam game
– Three burning questions ahead of OSU’s trip to Norman
– 10 Stats, Stories and Tidbits to Know ahead of Bedlam Football 2022

• Guerin Emig dives into the hypothetical – what if Mike Gundy stayed committed to OU?

• This CBS analyst’s prediction for Bedlam is one to get behind – six of seven national writers for them picked the Pokes as well:

Oklahoma has wins over Kansas with a backup quarterback and Iowa State, the only team with a worse record in conference play than the Sooners. OU has dominated Oklahoma State over the Gundy era, but this is the worst Sooners team in 25 years. There’s no reason to give them the benefit of the doubt. Prediction: Oklahoma State +7.5

• Mike Boynton and Co. talk about their trip to the Bahamas – they take on UCF tonight (solid preview of the game here)

• Props to this Cowboy finding a way to keep playing:

• Did one goal change soccer in the US?
• SGA is playing defense this year
• Was chewing on Jim Collins’ five stages of decline