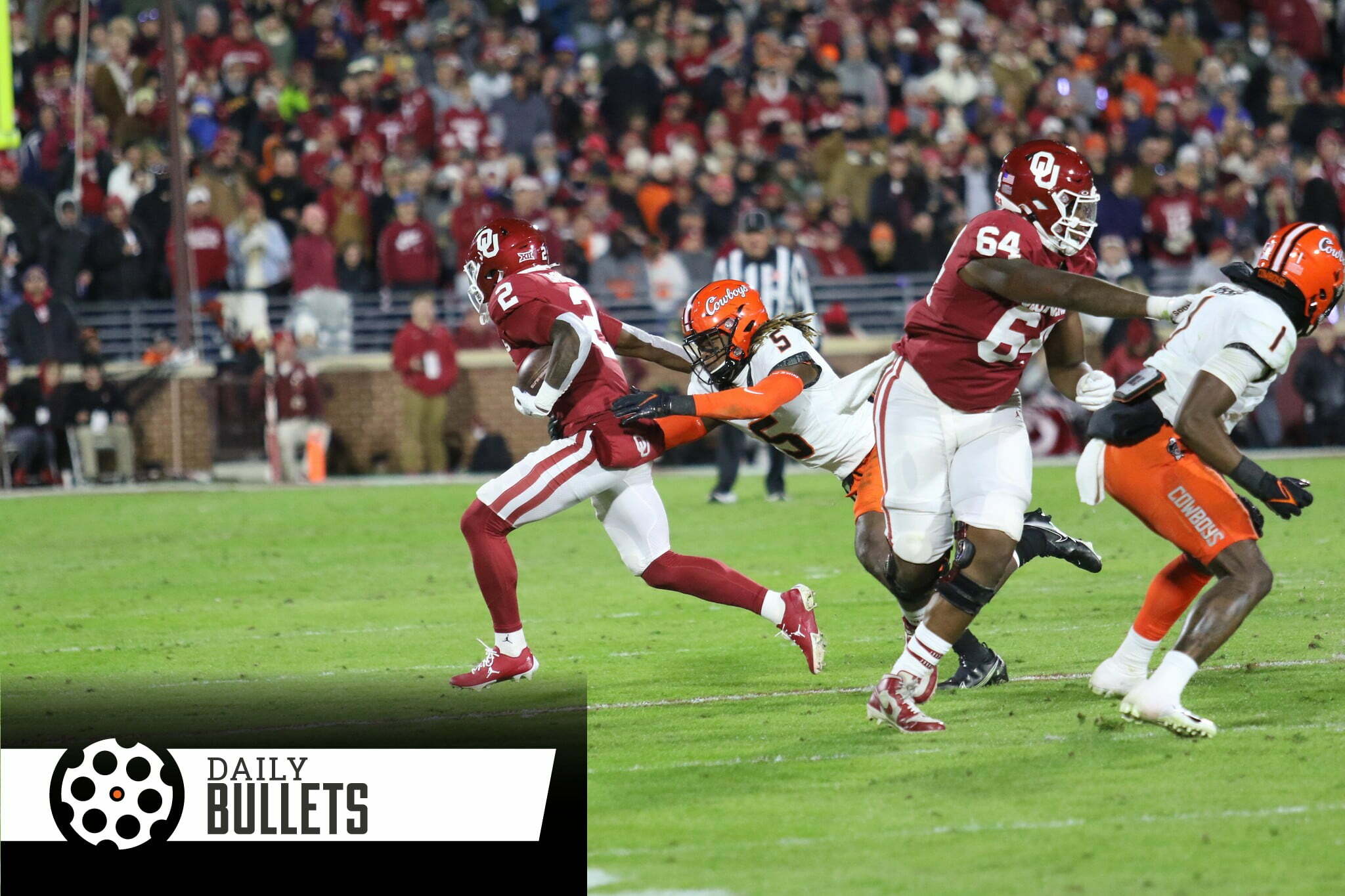 • The Pokes opened more than a score favorite over West Virginia

• Bedlam stats that stuck out, both good and bad – bad news first: the third team in 20+ years to run 100+ plays and score 13 or fewer points

Twelve straight Sooner possessions, the Cowboy defense got a stop. In the second half, OU had the ball eight times and punted eight times. The Sooners didn’t make a first down the final 24 minutes of the game.

• Five Thoughts from the win over Depaul in The Bahamas

• Cowboy Football fell out of both polls after the loss

• Cade Cunningham may have suffered a season-ending injury

• 13 point games against a struggling defense are less likely when you’ve got guys like this on the roster:

• This is a view on Bedlam/Gundy you don’t hear often:

“A good marriage is one in which each spouse secretly thinks he or she got the better deal, and this is true also of our friendships.”