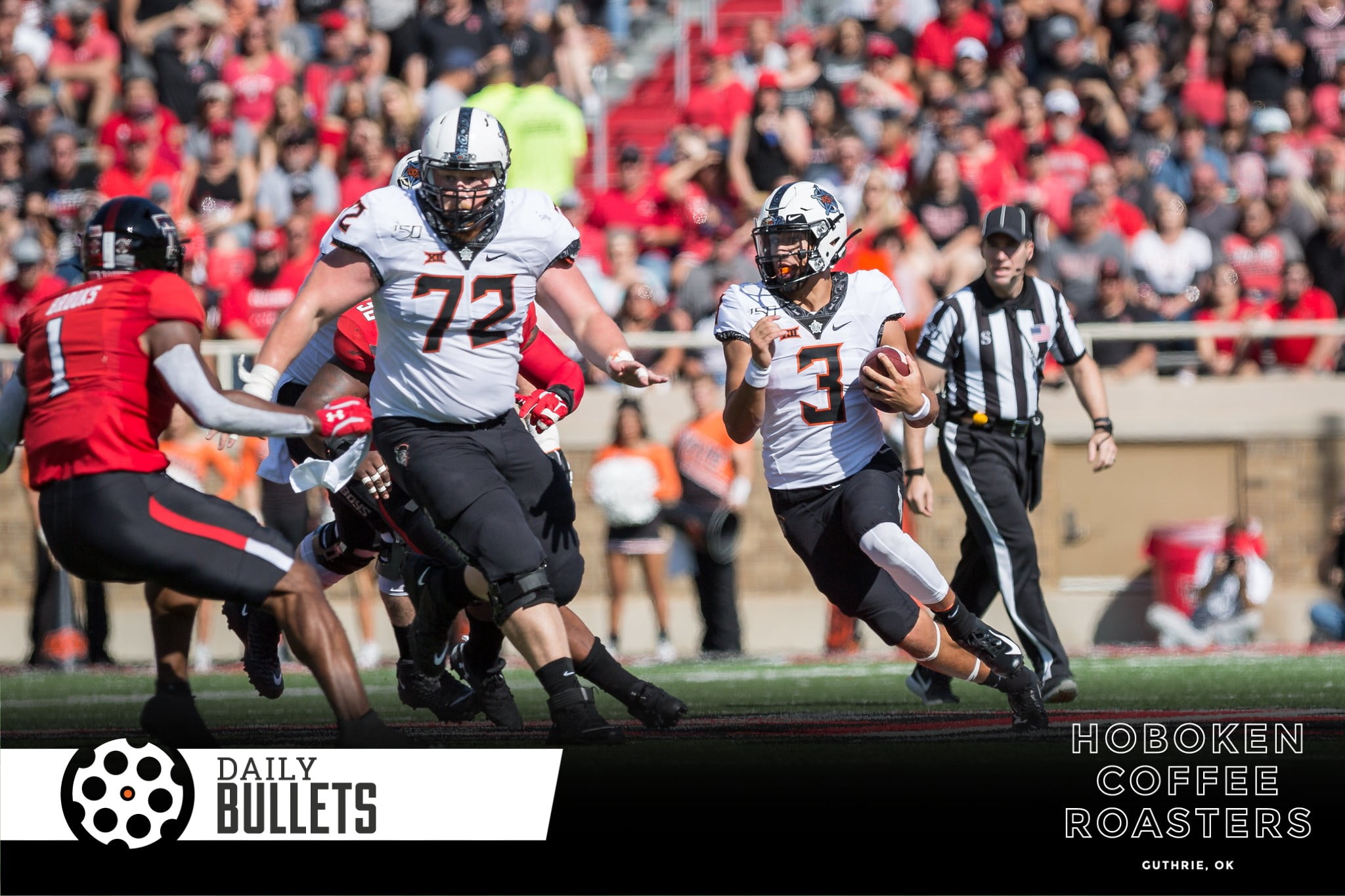 • Berry T. is taking the Pokes by ten today – noting the Pokes have been taken down by inferior Tech teams over the last two years

• Kasey Dunn’s got to figure out how to get this offense moving, how to get the guys in positions to succeed. It begs the question – is this all o-line centric or is it the playcaller?

• CBS is taking the Pokes today with the 11 points

• Iowa State’s running back on why they can beat Texas – saying applies about OSU’s (recent) success over the Longhorns as well:

• If you had 15 minutes to watch OSU sports would you rather watch the fourth quarter of an OSU football game or any point in a Cade Cunningham game?

• No.1: Social media reaction to Bedlam

• No. 4: PFB predicts the Bedlam game

• No. 5: Bedlam was nearly moved for Covid concerns