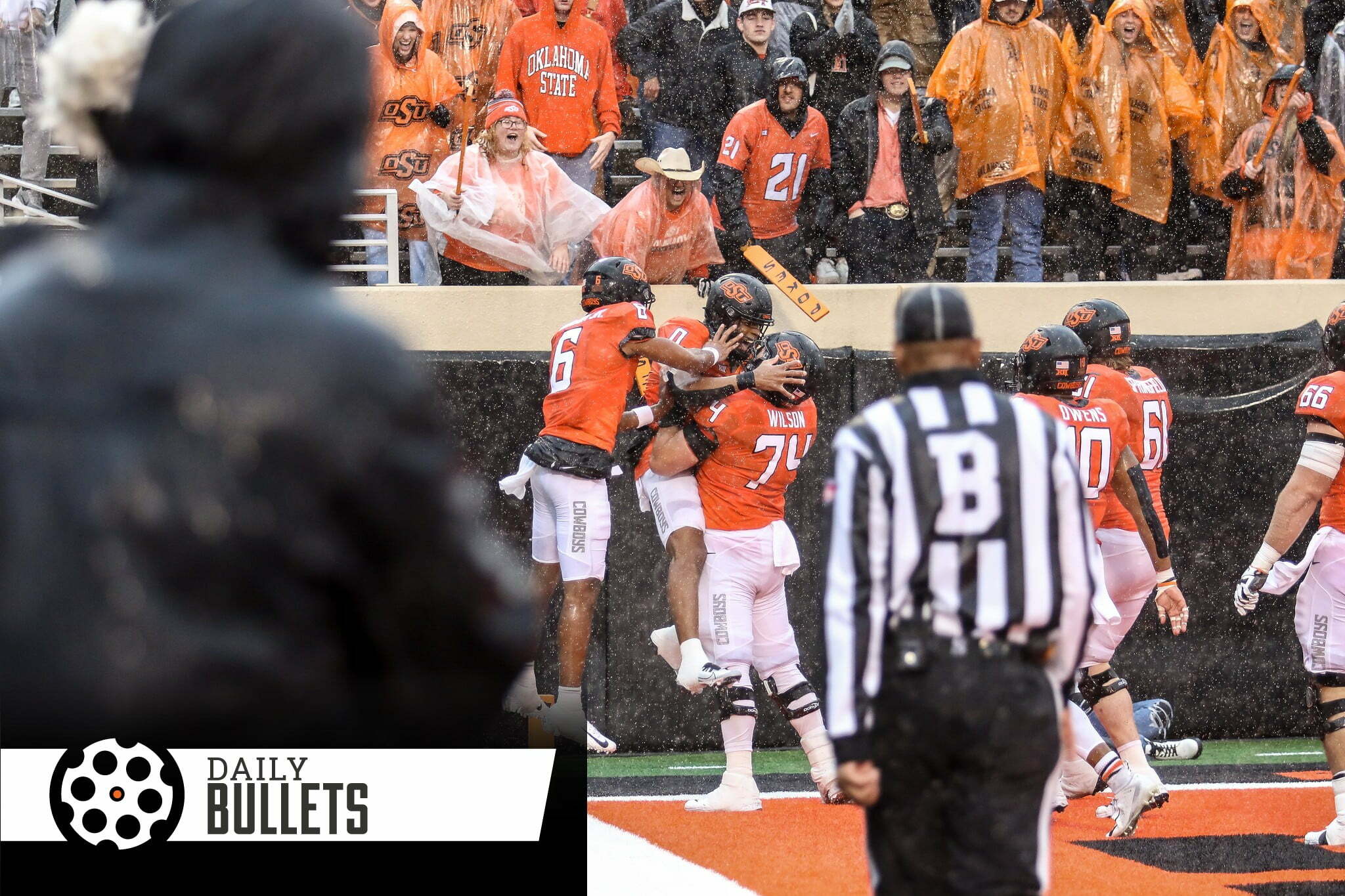 • OSU is investing $55M into their football stadium, largely for fan experience upgrades

• Looking forward to Cowboy Basketball’s game tomorrow against a blue blood – Cowboys are headed to Storrs, CT for a 5:30pm tipoff

• You’re too late, Matt Rhule – OSU is bringing in Nebraska’s player of the year next season

• Somebody like this would be a great idea to compete with Garrett Rangel for the starting job – I’d take a long look at Tulsa’s Davis Brin as well:

Dogs are the best.