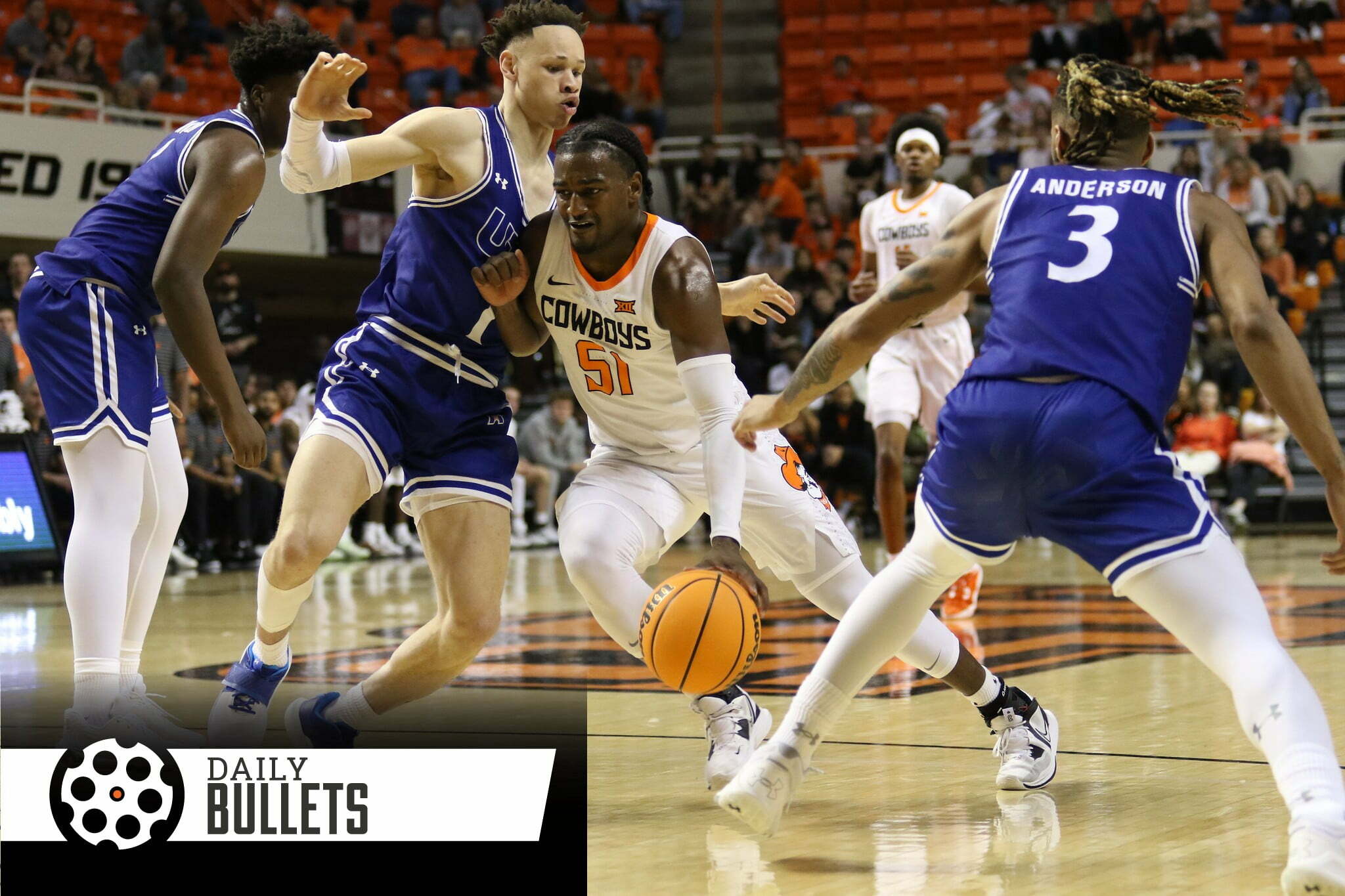 Given that OSU had one of the top-scoring offenses in the country less than a month ago – it makes more sense that they’ll finish 8-4 than 6-6, right?

• Pokes opened as a narrow underdog against Iowa State

• When asked what’s going on with how the Pokes are spiraling, Gundy had this to say at his weekly presser:

“We got some new guys playing. We’ve got guys that are trying to work into roles that haven’t had much experience. We have some key players — I mean, I’m sure you noticed; I’m not trying to be a smart ass — we didn’t have Spencer. Makes a big difference. So, we just had some new guys and just trying to get reps and get them going. But there’s nothing spiraling out of control. We just got to keep working.

• OSU landed one of the top wrestlers in the country yesterday

• Fun read on parenting – “You Make the Rules”
• Why don’t we have good friends? (faith-based)