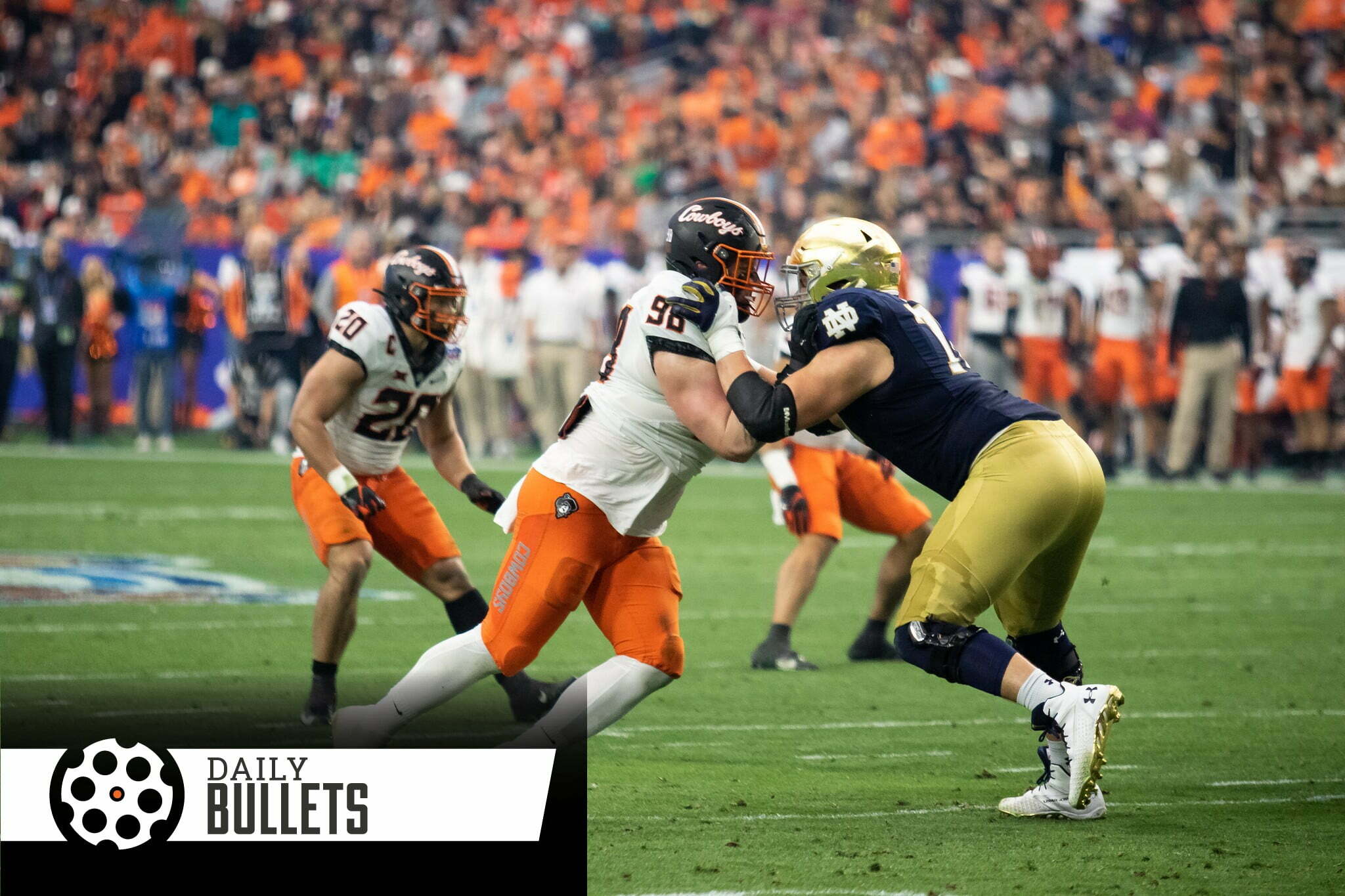 • Spencer Sanders, a shoulder injury, and making sense of Mike Gundy not talking about it

• Everything Mike Boynton had to say at Big 12 Media Days – especially this point about Oklahoma State being a footnote in history:

“I don’t want to see a bunch of other kids have to go through that either. And so while I’m disappointed that it looks like our program will be the last one to have to do that, I’m also happy for the future kids that won’t have to suffer that same fate because of things they really had nothing to do with. So, it sucks to kind of now be a footnote in history. It will be probably a trivia question: ‘Who’s the last team to suffer a postseason ban over a recruiting violation? The 2021-22 Oklahoma State men’s basketball team.’

• What the Cowboy players had to say previewing the Texas game

• I don’t think Casey Thompson has stopped seeing Jason Taylor in his nightmares yet:

• Take time to be unproductive (faith-based)

We’re inching closer to an expanded College Football Playoff in 2024: