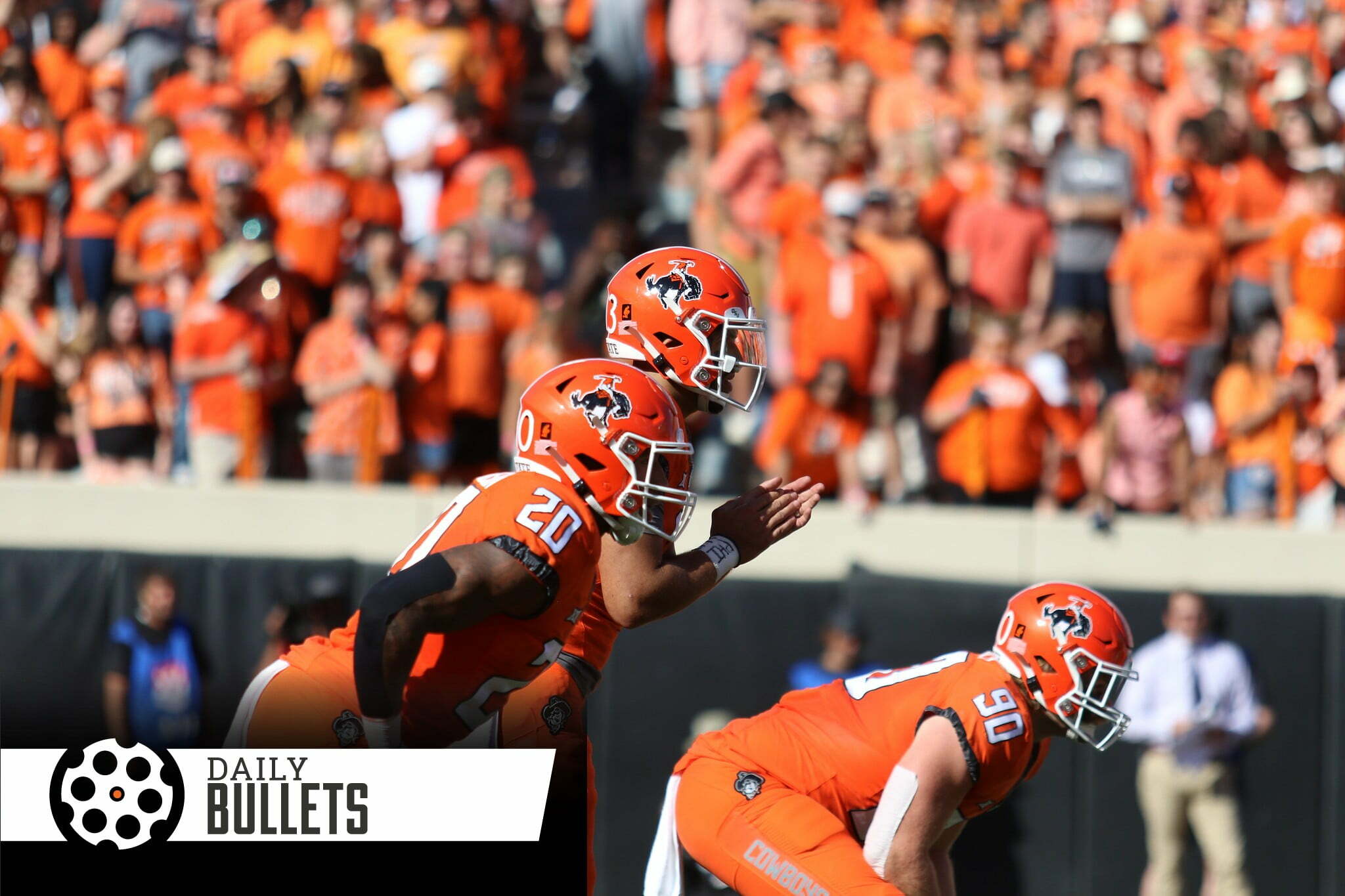 • Previewing what matters in the K-State game in a paragraph:

Battle of attrition upcoming in Manhattan, with both teams suffering from key injuries. The difference might be at quarterback. Gundy reported late Saturday that Spencer Sanders (shoulder) felt better against Texas than at TCU the previous week, and Chris Klieman doesn’t know about Martinez’s (leg?) status.

• Brennan Presley just hanging out at the Stillwater YMCA with some kids – who wouldn’t want their daughter to date this guy?

• Previewing and predicting the OSU/K-State game

• OSU plays in an awful lot of fun football games – what a perk for fans:

• The shadow of Jim Knowles looms large over this Cowboy defense: