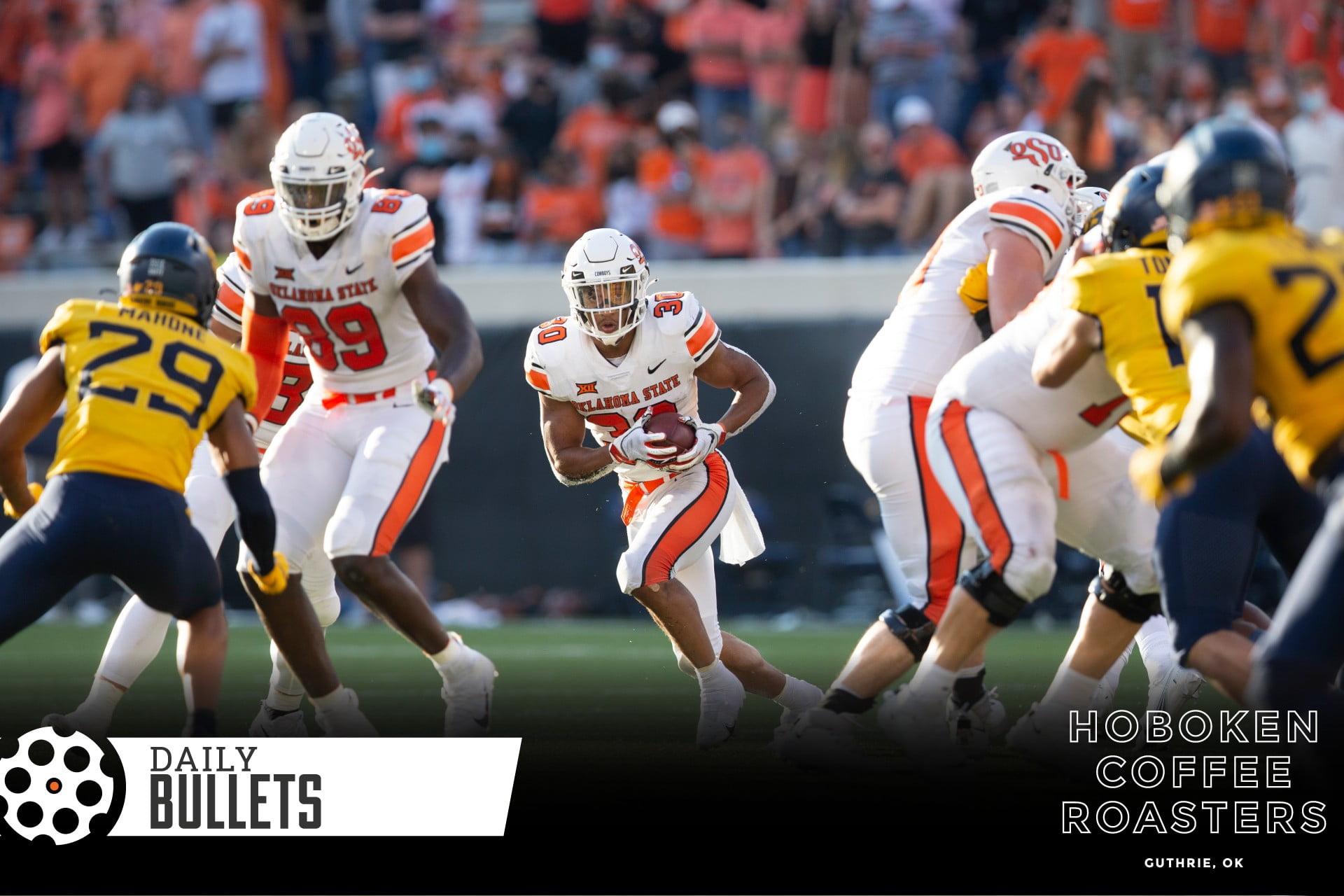 • Going into a bye week after today and loading up for Baylor – here’s a prediction I hope comes true today:

Chuba Hubbard will have 100 yards from scrimmage by halftime
The Kansas defense cures a lot of ills. [NewsOK]

• Missed my pick (rest of PFB guys did here) again but I’ll have the Pokes covering but with a lower score than the other guys:

• I’m not a gambler but the Baylor-Kansas game last Saturday tells me there’s not a number (Jayhawks+21.5 yesterday) high enough for the Pokes to cover in Lawrence.

The Jayhawks suffered a grim 47-14 defeat to the Baylor Bears last Saturday. Kansas was down 31-7 at the end of the third quarter, which was just too much to recover from. One thing holding Kansas back was the mediocre play of quarterback Jalon Daniels, who did not have his best game. He passed for only 159 yards on 33 attempts. [CBS Sports]

• Pokes took down UT in match play yesterday – Gupta wiped the floor with his guy.

• For the Chris Carson fans, it appears to just be a one-week hiatus but their could be gamesmanship involved.

…(C)oach Pete Carroll told reporters Friday he’s had an “excellent week” of preparation, signalling that Carson is likely to be available when the team visits Miami.

It’s possible Carson could have a reduced workload in the event he plays against the Dolphins, but Seattle has generally directed most of its running back touches to the fourth-year back when he’s been healthy. [CBS Sports]

• Would you rather play two games without Spencer Sanders or without Chuba and Tylan?

• No. 3: Breakdown of Gundy’s Monday presser

Liked this quote from a blogpost on writing – I think the same applies conversationally:

…Easy, happy stories are not the best. Take a strong position and write, people. Work the mind that God has given you. Think circumspectly; critically. Words lead people to places, and you cannot remain neutral and be effective. You are not Switzerland.

Really enjoyed this Will Ferrell movie this week: