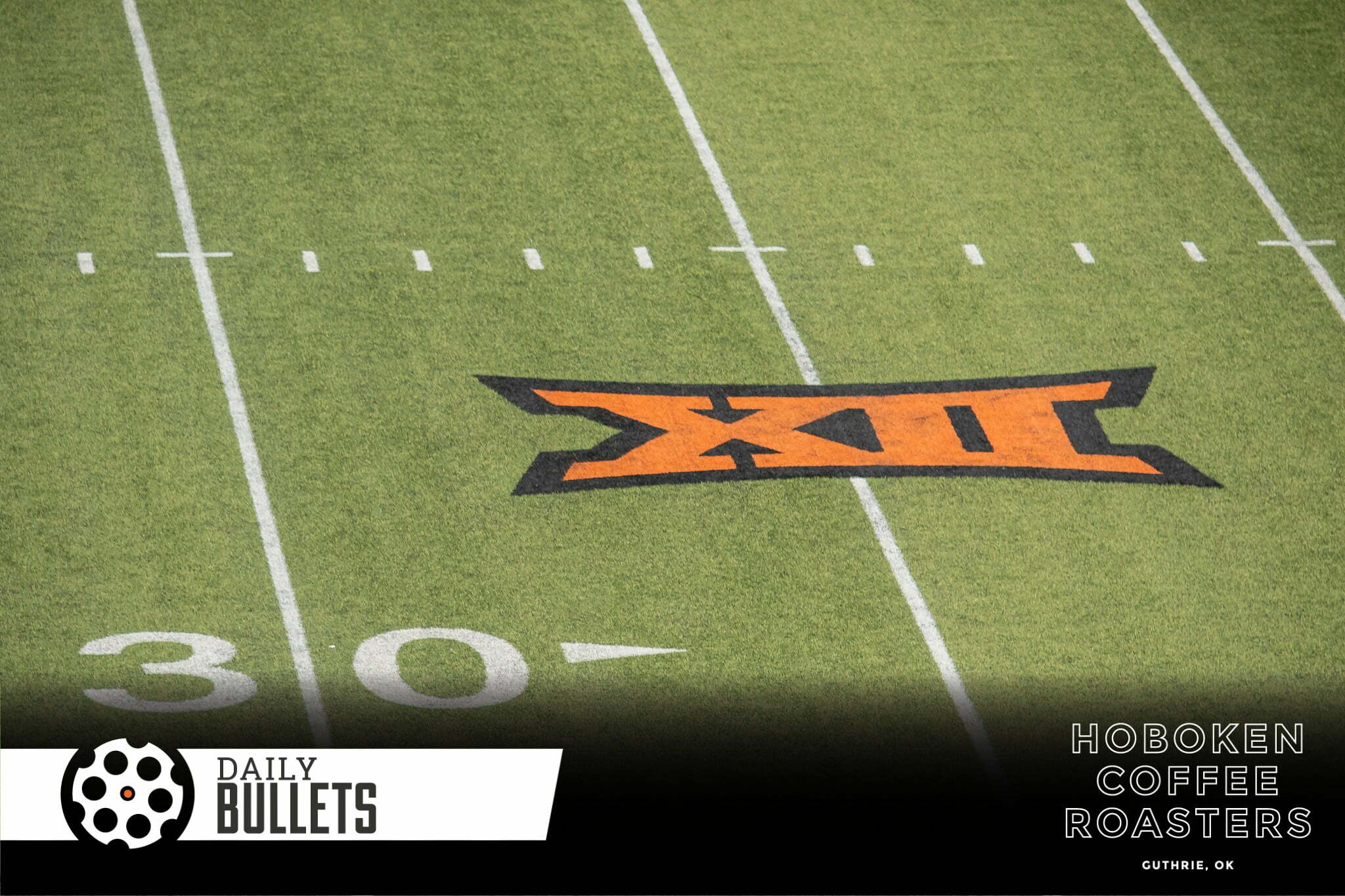 • “(Bryce) Thompson made an already deep backcourt deeper.” Gosh, I can’t wait to see how this guy fits in.

• Still no update on OSU’s NCAA appeal for basketball sanctions – Mike Boynton noted it cost a recruit this spring.

I get that the NCAA is rewriting their constitution but dealing with a member institution this way is starting to seem a bit intentional: “if we can’t punish you, at least we’ll drag it out.”

• I can’t express how much I loved Gundy’s logic on that 4th-an-1 call late in the Baylor game. Here’s his words explaining:

“It crossed my mind to kick a field goal, but you can still give yourself a chance to lose by kicking a field goal. I’d rather take a shot on getting one yard, even though we struggled in short-yardage. They have (nose guard Siaki Ika) in there who is a big man and hard to deal with. Worst-case scenario, you don’t get it and they tie you with a field goal.

• Jim Knowles was quoted saying he’s here to win championships and that he’s going to:

Keep playing like this, and Jim Knowles big talk could bear fruit sooner rather than later.

• This quote on how (historically) wild OU leaving OSU is brings valuable context to how unique it is:

Oklahoma has played against Oklahoma State in the perfectly named Bedlam game every season since 1910, and the two have been conference mates since the 1950s.

• A good friend loves to ask this question – if you could add any non-quarterback Gundy Era player to this Cowboy Football team, who would it be?

Addendum: After Justin Blackmon, who would it be?

• No. 1 Pistol Pete’s Great Response to Being Named the Worst Mascot

• No. 2 Ten Thoughts on the Baylor Win

• No. 3 See Brandon Weeden and Justin Blackmon Hook Up for One More Touchdown

• No. 4 Predictions for the OSU-Baylor Game

• No. 5 The OSU-Texas Game got the Six-Day Window

This take (and piece) on OU-Texit was incredibly true:

Despite this massive news, college football has seemed to change its focus rather quickly. That’s because what feels like a decade of developments has taken place in the span of a few months.