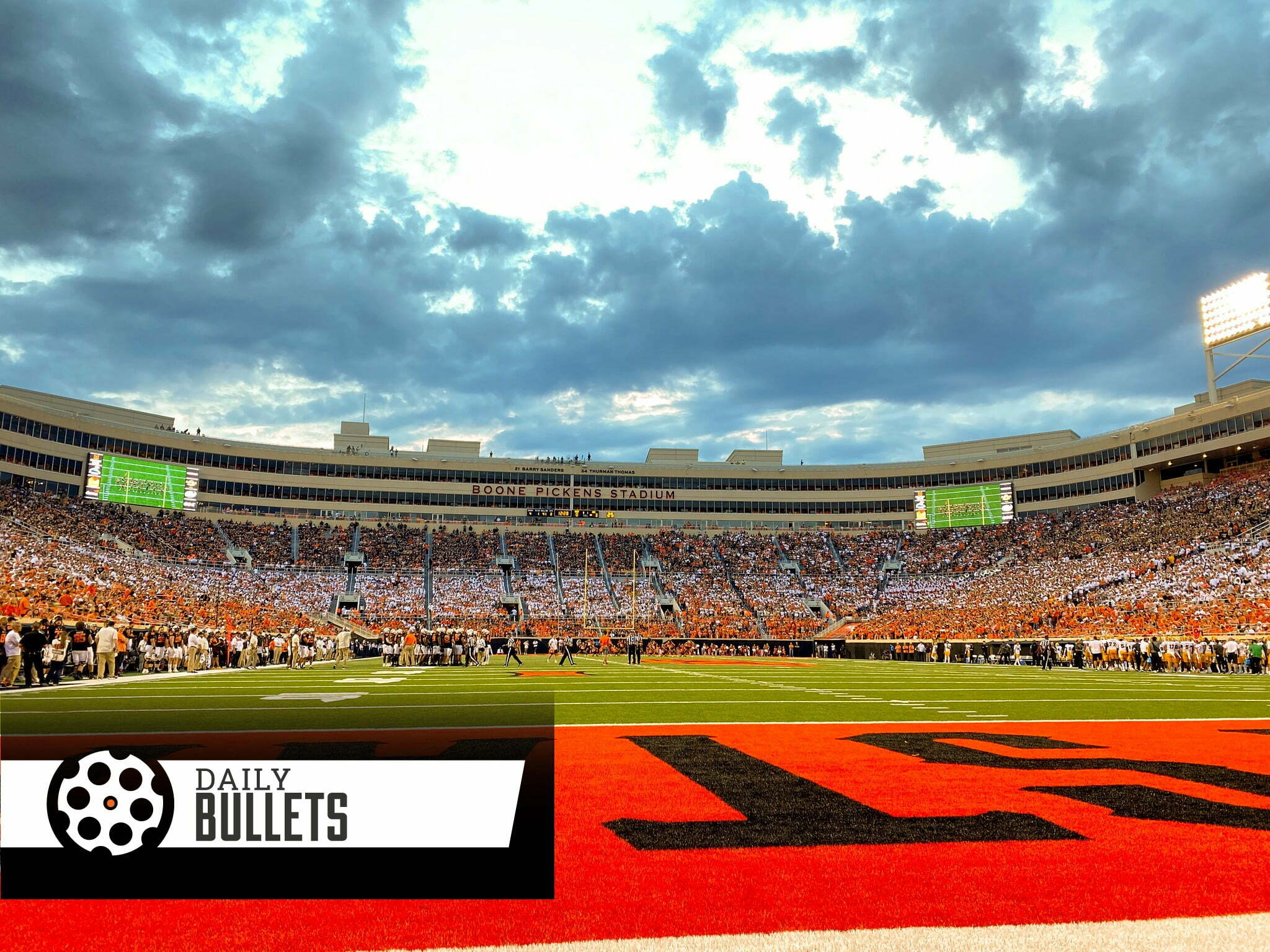 • Marshall Scott pointed out the fulcrum of the game – when Brock Martin hammered the ASU running back and forced a fumble:

On 3rd-and-1, Xazavian Valladay took a handoff, but before he could say “Sparky,” Martin folded him up at the waist. The ball popped out, Tyler Lacy fell on it and the Cowboys were rolling.

Down 3-0, OSU ripped out three straight scoring drives to take a 17-3 lead into the half.

• No OSU folks are rumored for it, but it is interesting to see who could replace Scott Frost at Nebraska (fired yesterday). I tell you what, if Kasey Dunn took a head coaching job, I’d love to see Frost calling plays in Stillwater.

• Texas’ starting quarterback was injured in Saturday’s loss to Alabama – estimated to be out four to six weeks with a clavicle injury – if he’s out the full six weeks, that would put him making his return for the October 22nd bout with the OSU Cowboys in Stillwater

• Malcolm Rodriguez hip tossed a Pro Bowler in his regular season NFL debut – he got the start as a rookie sixth-rounder.

PFF had some comments on the debut:

Lions preseason standout Malcolm Rodriguez enjoyed a strong debut, although his grade will be hampered by two missed tackles. The linebacker allowed four catches into his coverage for only 24 yards.

The guts to put $25k on this parlay is beyond me – that individual earned that $1.2M