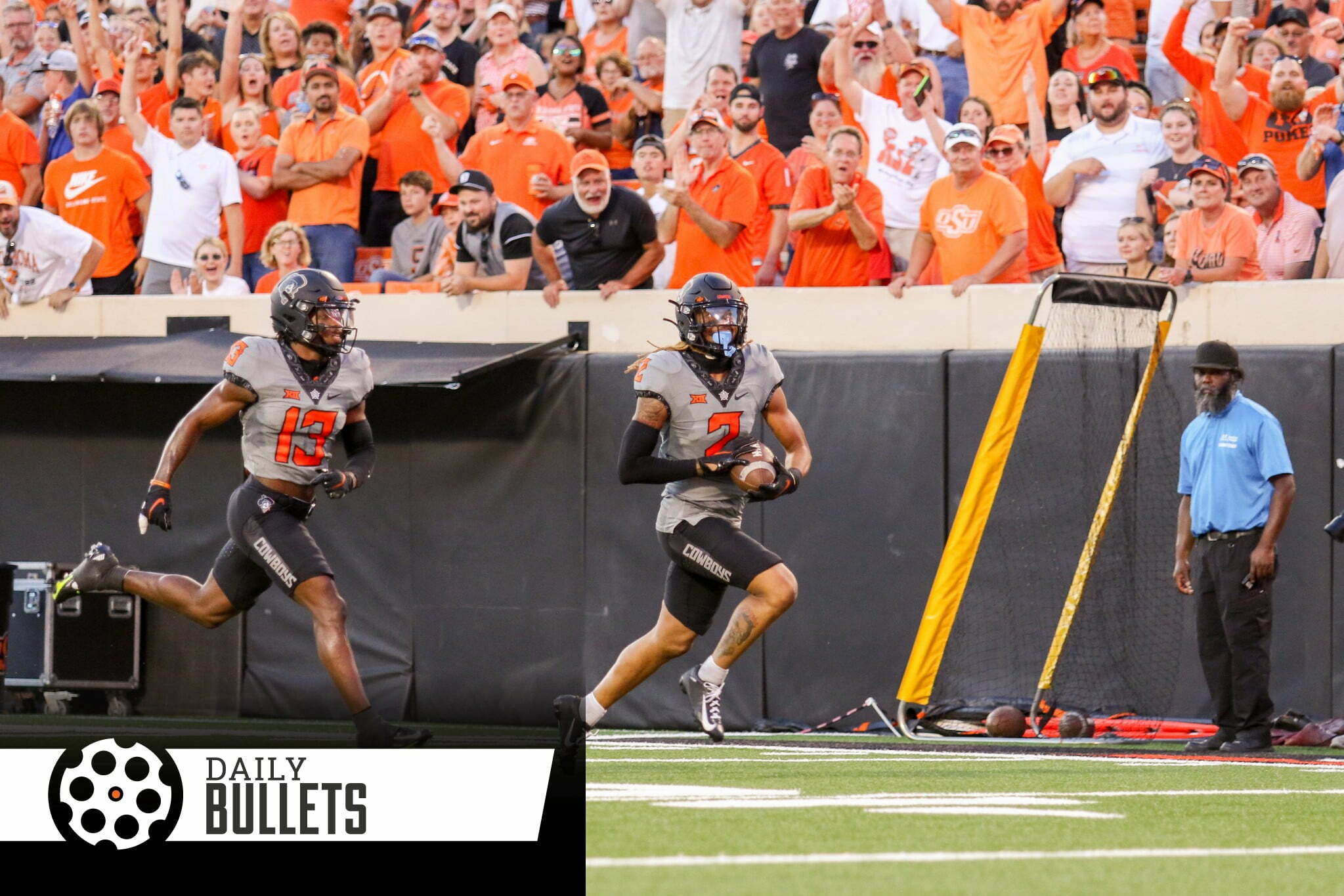 • SEC talking head Paul Finebaum points to the fact that nobody should care about Bedlam – “that ain’t true, Pawl”:

• This is a bummer for a coach – Arizona State’s Herm Edwards was reportedly backstabbed by his staff who was giving opponents information about their team. Oklahoma State was expected to beat them two weeks ago (and did) but you wonder if this helps explain their loss to Eastern Michigan.

• How realignment is changing college football in 20 maps

• Those orange lights around Theta Pond the night of walkarounds and fall weather for the win.

• Pretty wild to see this list of unisex names – Pat is No. 27!
• Be efficient at work but not in relationships (faith-based)