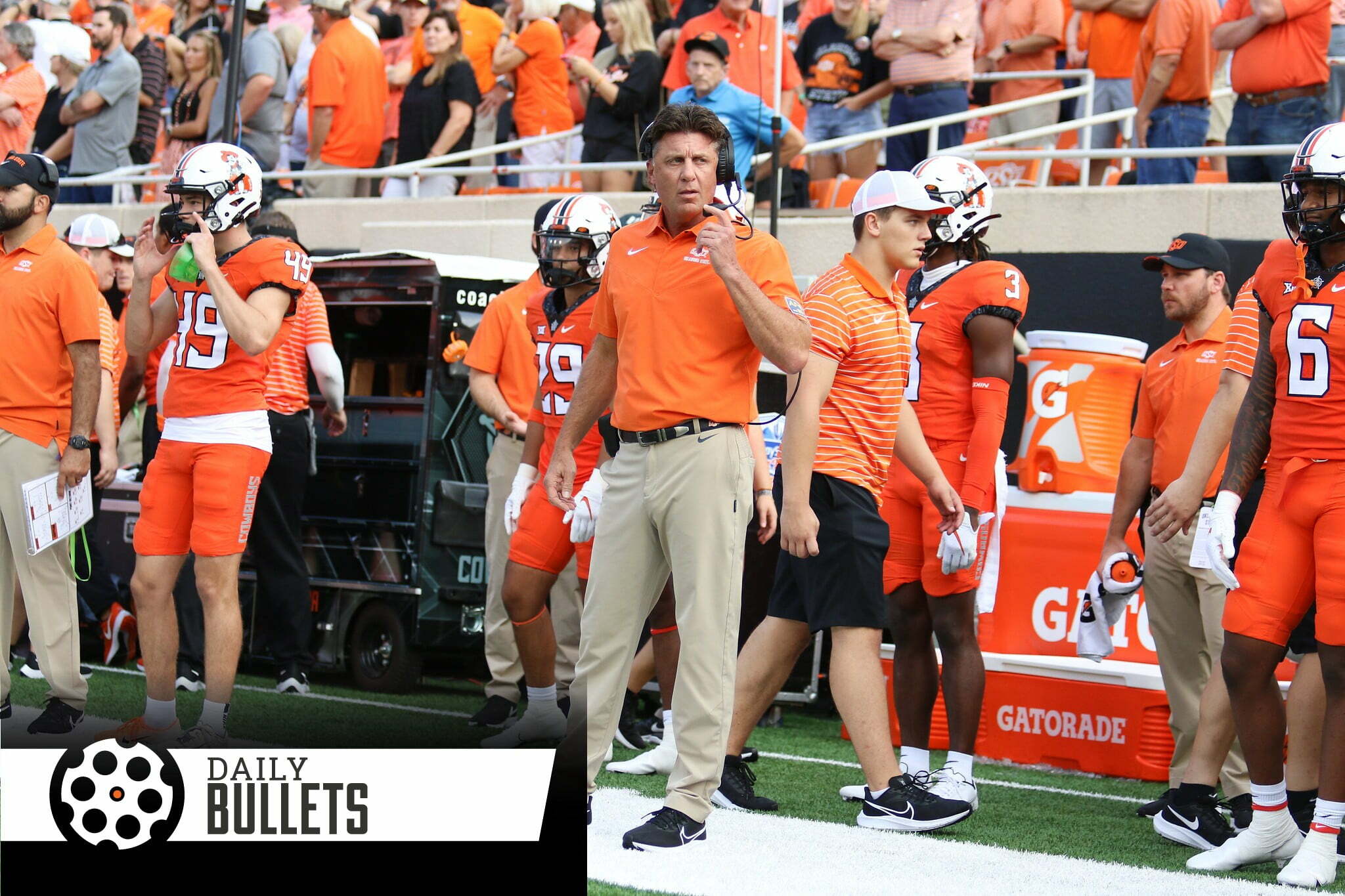 This game ended up confirming all of one’s optimistic and pessimistic assumptions about this year’s Cowboys. They still have a dynamite defensive line (they made 13 tackles for loss, and CMU’s star running back Lew Nichols III averaged 2.8 yards per carry), but that probably won’t be the last time their remodeled secondary gets lit up. But on the bright side, they might have an offense that can keep up in track meets again.

• The Pokes 2023 forward commit has a spot in billboard advertising in the OKC area – pretty cool:

Folks are looking to get this playoff into action: