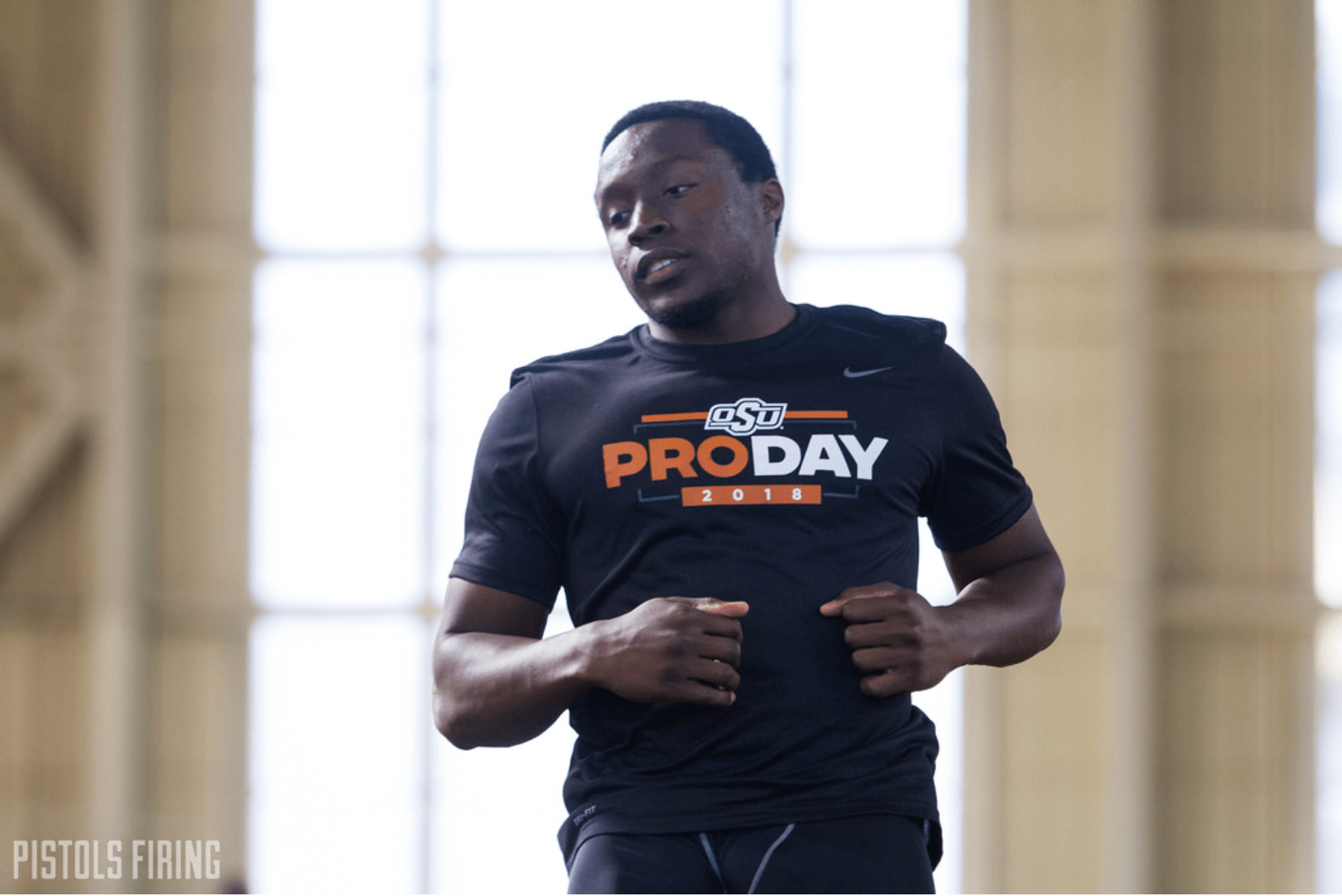 Sure, talking with Tennessee after not making it to the Big 12 title game felt a bit like a twisted dagger. But let’s talk about the other annual “disappointment” that trails Mike Gundy: recruiting. Crootin’. Bringing in the dudes. Horses.

As Mike Gundy climbed the “same record or better” year-to-year ladder from 2005 to 2011, it felt natural to assume that recruiting classes would trend with the success — and opening a completed new stadium in the fall of 2009 would only be a multiplier to the success.

But that just hasn’t been the case. Kyle Boone’s piece here shows the Pokes are finishing on average in the low to mid 30s nationally and Porter took a detailed look at that slide in the recruiting rankings as the wins have rolled in.

Listening to an ESPN Signing Day podcast last week, they mentioned no team averaging a top 15 class over the past four years has made the Playoff yet. As an OSU fan, that’s not fun to read.

Drilling down further to the question behind that question – should we expect Mike Gundy to sign top-15 classes in Stillwater?

If so, what’s the precedent for that? For a team with little to no tradition (apologies to ’45 apologists) to surge from the bowels of conference standings to top-15 recruiting class signing, ten-game winning seasons on the regular?

Teams have made surges from the middle of the pack in the last ten years to meet that qualification, absolutely. Three in particular come to mind: Clemson, Oregon, and Baylor.

So Why Can’t OSU Do That?

Clemson checks those first two boxes. Within two hours of campus lies perhaps the greatest honey hole in college football recruiting: Atlanta, Georgia. A couple of hours the other way, and you’ve stumbled into the Charlotte metroplex. Imagine if Wichita produced dozens of three and four-star players annually.

Concerning tradition, they have won a national title (1981) since the Vietnam War so that’s definitely relevant. But they’re a tricky one – here’s some good reading on how they fit into the cult-followed Juggernaut Theory. Worth noting is that both OSU and Clemson are benefactors of the brilliant hiring of athletic director Terry Don Phillips, who hired Mike Gundy before he left then hired Dabo Swinney before retiring.

Oregon fits squarely into the third category — an act of brilliance. When a Fortune 500 company bankrolls your extracurriculars, you stand to benefit competitively in a unique way. Recruits flocked to Eugene to wear one of dozens of uniforms and play in an innovative system.

Baylor is a little bit of the last two. Unethical behavior and incredible proximity to three of Texas’ hottest talent beds (DFW, Houston and San Antonio) led to a temporary spell of big signings, a nice stadium, and big wins.

OSU has benefitted from shades of those three factors. Hiring brilliant offensive minds and a decidedly gifted program manager in a stadium bankrolled by an incredibly benevolent alumnus put the Pokes on the spectrum.

But the Pokes are just too far from the Dallas metroplex to claim geography, too spotty of a tradition to sniff blueblood status, and apparently too ethical for any of Sports Illustrated’s claims to be validated.

So What’s the Fix?

The essence of something that Mike Gundy said years ago has stuck in my shoe. In effect, he communicated that if he kept winning for the rest of his tenure in Stillwater, then another guy came along behind him and was similarly successful, that guy will start landing four-star athletes.

Could that be a cop-out? One might say that. But again, what’s the precedent for a Mike Gundy going into a Stillwater and pulling top-15 classes? And is it reasonable to expect that?

Travis Haney (247 Sports): I’ll be honest and say I’m not sure that Oklahoma State can consistently move into that category, mostly based on geography. Isolation is such a difficult thing to overcome — largely because it’s that much harder to get recruits on campus for unofficial visits.

None of the hot Texas prospects just happen to be stopping through Stillwater is my guess. That’s not to say a dynamic staff cannot make some headway and land some higher-end targets, but I believe OSU is one of those schools that’s going to have to lean on identification and development – and some JuCos — to balance out that gap. [PFB]

Carson Cunningham recently pointed out what I believe is the general sentiment about recruiting when he mentioned he doesn’t fish for minnows like Gundy does. I’d agree with that and mention that Gundy and Co. throw bait in the water every year for largemouth bass. If you watch early in the recruiting calendar, big dogs get offers from the Pokes. They’ll even get mentioned in the top eight or so. But they get snuffed out.

They fish for bass then lock up the perch that’s going to eat right, work hard, not get drunk and run from cops in Fayetteville and win nine games.

I get that it’s hard to get excited about stealing three-stars from Kansas State and Texas Tech. It’s not hard to be excited about beating 85 percent of your schedule.

I think about it this way – how many four or five star players did Eddie Sutton recruit to Stillwater?

I don’t think there’s a lot of reason to expect this to start happening during Mike Gundy’s tenure, either.

This is more self-coaching for me than anything as I detach from the high of Woj-bomb-like tweets hearing that a four-star recruit has Oklahoma State in his top-three.

Following OSU football recruiting is signing a four-star quarterback and receiver every other year then salivating over the unheralded Justice Hills and James Washington’s that develop after a year or two.

Maybe that’s the fix. Start looking at the recruiting class after sophomore years and beyond and simply revel in the hindsight.