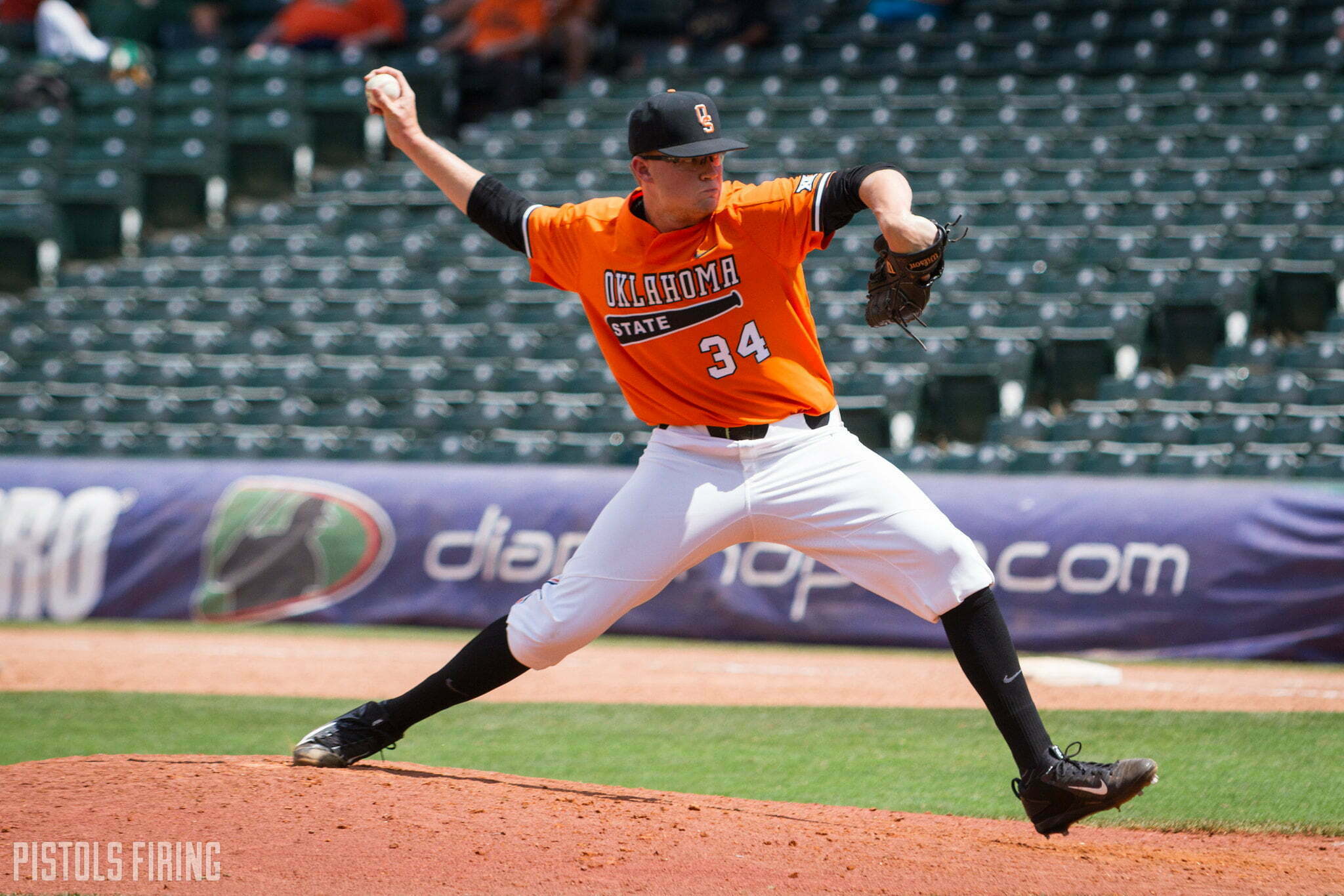 Oklahoma State’s ace Jensen Elliott has played his last game in orange and black. Well, at least as a Cowboy.

Elliott was selected by the Baltimore Orioles with the 558th overall pick in the 19th round of this year’s MLB Draft. On Monday, he announced his intention to take the Orioles up on that selection via his Twitter account.

Elliott finished his junior season with a 10-4 record, leading all Big 12 pitchers in wins, and recording a 3.56 ERA with 62 strikeouts. He also logged three complete games and one shutout.

Jensen Elliott announces he is headed to the Orioles organization after a stellar #okstate career.

Elliott had 22 college wins, tied for 10th in program history. He threw four complete games in his career, three came this season. https://t.co/7orKe2NnTr

Following a breakout freshman season that earned him a pair of Freshman All-American honors and a deep trip to Omaha, Elliott’s sophomore season was derailed by an ulnar collateral ligament injury that required Tommy John surgery. Elliott would miss most of the 2017 and 2018 seasons recovering.

Cowboys reliever Jake Lyons seemingly announced similar plans on Twitter. Lyons was selected in the 22nd round, also by the Orioles.

Thank you @OSUBaseball for giving me one of the best years of my life and more than grateful for the fans that supported us through everything, it didn’t go unnoticed. Blessed I got to call myself a cowboy! #GOPOKES

After one year in Stillwater following a successful stint at Weatherford Junior College, Lyons compiled a 5-2 record at OSU and recorded a 4.89 ERA, striking out 51 in 49 2/3 innings pitched.