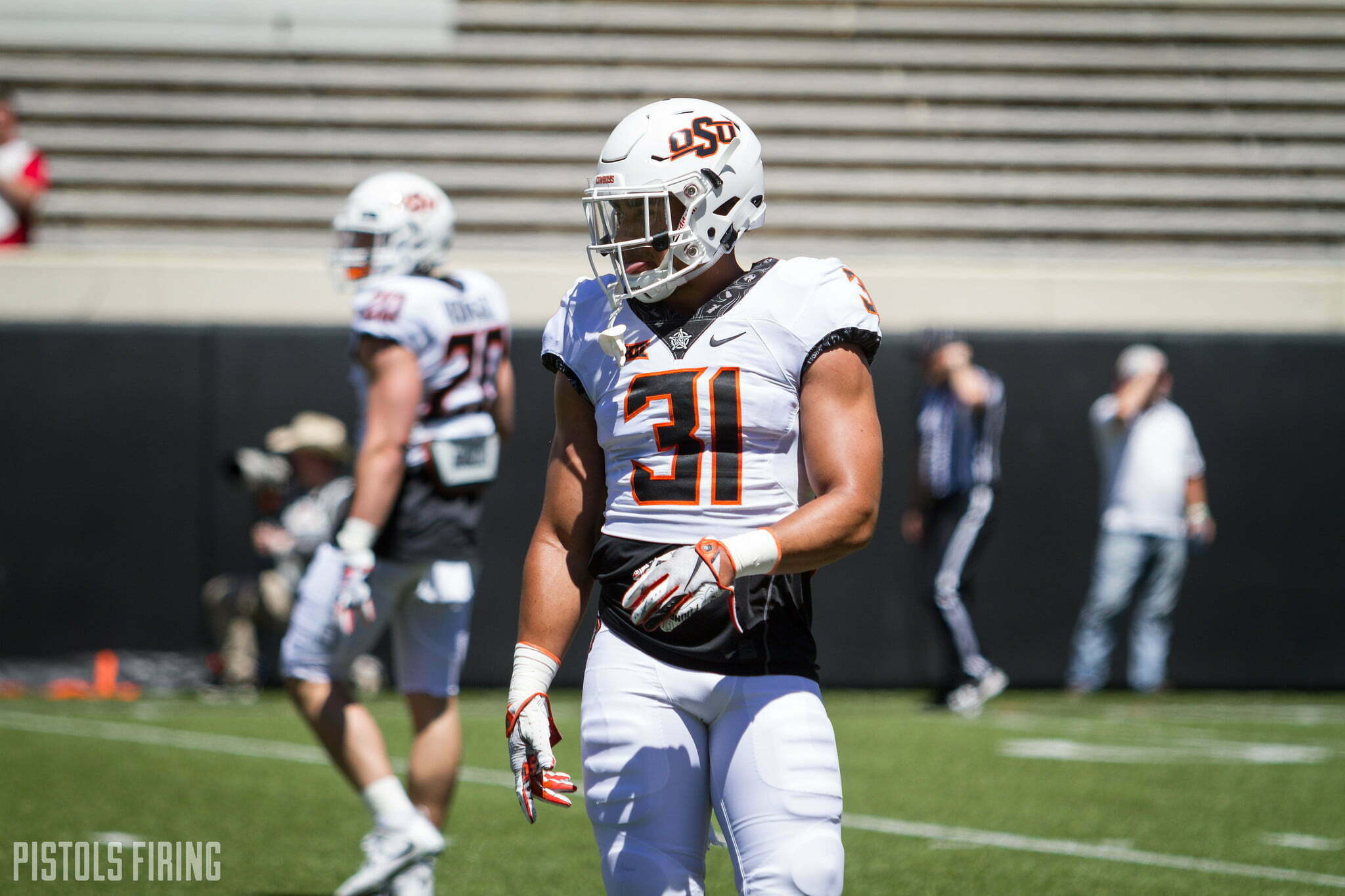 Last week we looked at the projected post-spring starters on offense, and now it’s time to do the same thing on defense. Defense is a little bit more difficult since, you know, OSU lost its entire defensive line, but let’s take a swing starting with the big fellas up front and moving backwards into the core of Jim Knowles’ side of the ball.

Let’s check in with Mike Gundy.

“They’re young, they’re immature and they don’t have any experience,” said Gundy after the spring practice.

“That’ll be a work in progress. Every year you have positions you hope they get better each week and then when you get into conference play they’re playing at a level of 75 to 80 percent.”

He’s not wrong, but that’s tough to look at for a defense that — *double checks* — ranked 97th nationally in points per drive given up.

This is also the toughest group to peg because there’s no data to go on. Nobody has any starts in Stillwater, and the only player who has gone at a high level is Antwine, who started 11 games for Colorado last year as a true freshman. He seems like the most likely to start in 2019, and I’d be pretty surprised if he didn’t.

The other three slots feel like a toss-up with a handful of players (which The Goose nicely laid out right here). Evers is probably the second-most likely to start behind Antwine. I run the Brock Martin Fan Club so I’ll take him over Mike Scott (probably wrong) and say Asi gets the last spot although I could be talked into a variety of options at this point. Again, zero combined starts at OSU and multiple transfers between Antwine, Asi and Kyle Junior (no PFB connection) make all of this fairly nebulous.

I view Bundage the opposite way I view Ramon Richards. That is, I was all in from Day 1, but my uninhibited love for No. 1 has waned with every personal foul and neutral zone infraction. He has become a walking penalty flag — they should let him wear a yellow jersey like the Tour de France leader in practice — and emblematic of what went wrong in 2018. Still, it’s not as if he’s not going to start. OSU isn’t crazy deep at LB so it will likely be Bundage and possibly Ogbongbemiga next to him with Scott or Martin dropping back into the 3-3-5. I’m making an educated guess here between Amen (?), Kevin Henry and Devin Harper because it’s impossible to tell for certain in May who’s going to be next to the Tour de France leader in the peloton at the end of August.

This is the easiest call on either side of the ball other than Tylan Wallace and Dillon Stoner playing two of the three or four wideout positions. Green and Williams have played a combined 52 games over the last two seasons, many of them better than most people give them credit for. They have also both started 26 in a row, which is double the next closest in that category (Tevin Jenkins with 13).

The real mystery is why it’s been so easy to find two starters but so difficult to find a pair of suitable backups over the last few seasons, but it seems as if that would go a long way to moving an often-leaky defense in the right direction in 2019. Some potential candidates were mentioned here.

All three started in 2018 and are three of the four leading returning tacklers on the team (Calvin Bundage is the other). Oklahoma State’s secondary may or may not be great in 2019 — or I guess “good” because “great” in the Big 12 is probably off the table — but it will at least be predictable. We know who and what we’re getting barring injuries for the start of the Pokes’ campaign, and with a full year put away for Peel (a candidate for the Rob Glass Memorial “Wait, You Only Got One Offseason With This Dude” Award) and Bernard, OSU should improve on a so-so 2018 secondary campaign.