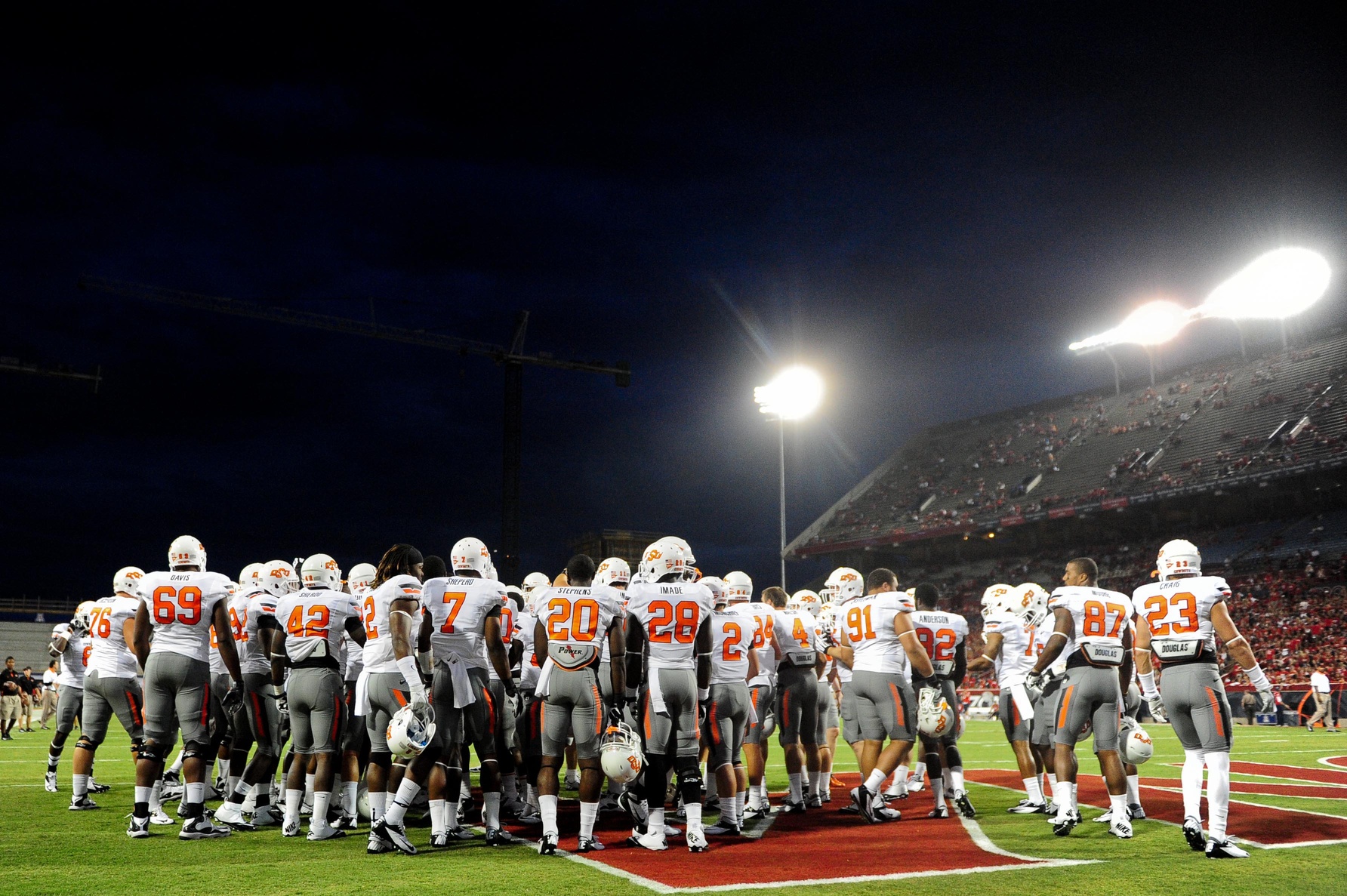 I think this is probably the one in the top five that will draw the most ire and to be totally honest I don’t have any particularly great reason for why I loved it so much — I just felt like everything worked together really well.

Sometimes when OSU wears a uniform it feels like the whole thing is disconnected — just three separate pieces thrown together (probably randomly) with no flow. This one felt like it was just one congruent piece — like a college football onesie, if you will.

I also really liked how the orange popped off the jerseys. I think this is where you see the gray come in handy as a part of the unis. Sure, it looks a little strange to go all gray like we did for West Virginia but as an offset of the orange and white, it just works.

Maybe it was the lighting at Arizona’s stadium[1. Was it the brightest stadium of all time? Like, did Arizona’s president go to the lights people at the stadium, show them a picture of Staples Center during Lakers games, and say “do the exact opposite”? I have many questions.] but this was one of my favorite road uniforms OSU has worn.