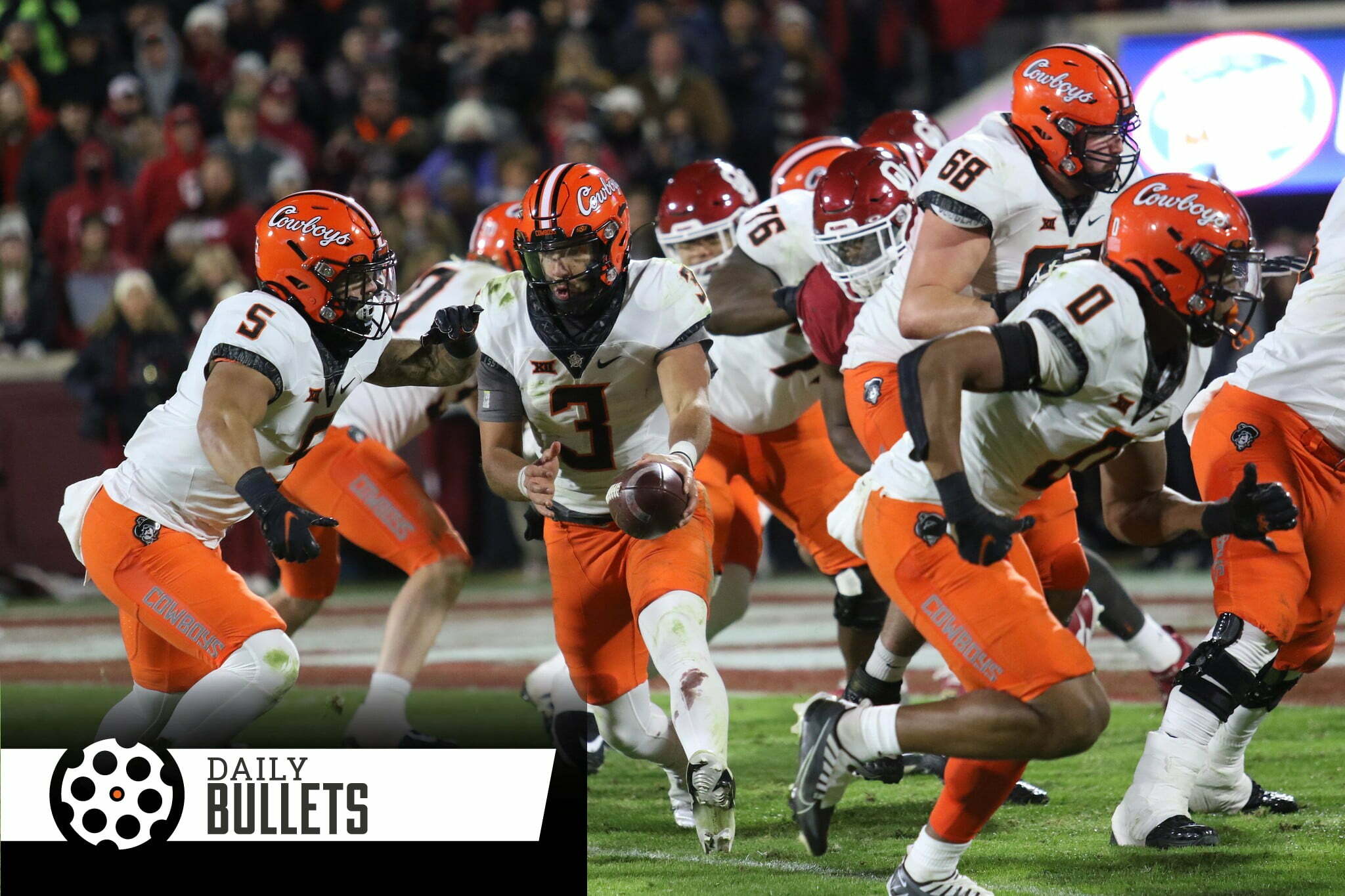 • The Pokes were pretty significantly outmanned by the top-ten UConn Huskies last night losing 74-64… but it’s hard to blame them for struggling:

UConn led by as many as 20, and with less than a minute to play, the Cowboys cut that lead into single digits.

This ended up being the closest game the Huskies have played in this season. Entering Thursday night, it was their 15-point win against Alabama.

• CFP is officially expanding to 12 teams – good for the Pokes

• Cowboy Football offered TU’s leading tackler, a pair of Ivy Leaguers, and the final cut for a four-star offensive lineman