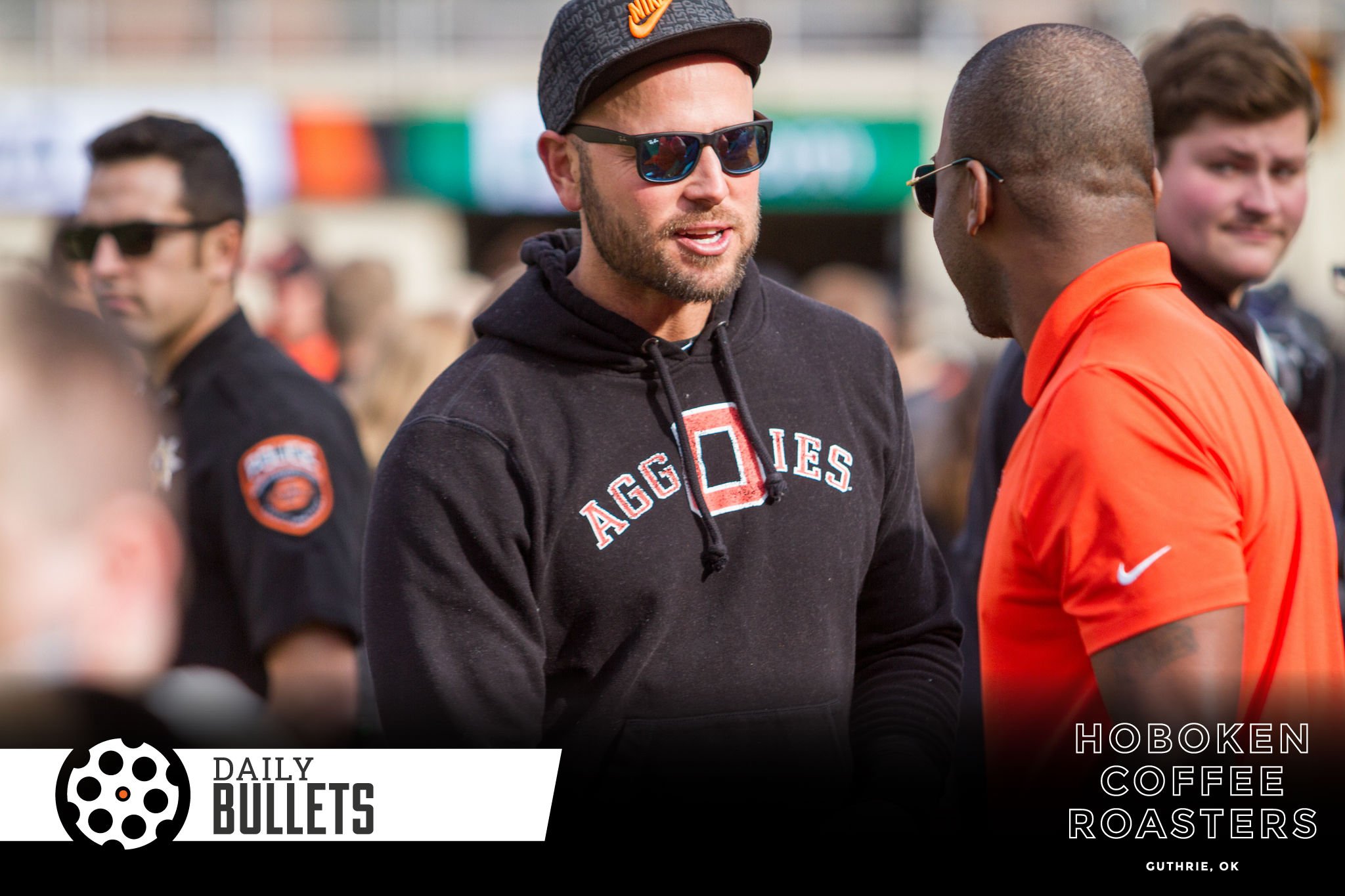 When you read about the basketball team, it’s hard not to draw comparisons to the football team. Just listen to Boynton’s remarks:

“They are young,” Boynton said. “We play like a young team. We do. We play in big ups and downs. We’re not able right now to maintain fundamentally sound basketball. We have untimely turnovers. We have untimely fouls. That’s a direct sign.”

Of the 200 minutes played at the five positions Wednesday, 33 percent were played by freshmen. Only 43 percent came from the three players who appeared in a game last season. Waters, Dziagwa and McGriff combined for 33 of OSU’s 71 points.

Still, Oklahoma State had one last-ditch chance to tie the game, down three with 3.3 seconds left, but a turnaround heave by Waters fell short of the rim. [TulsaWorld]

So the youth aspect is pretty limited to OSU’s defensive secondary but the ups and downs of inexperienced teams trends similarly. Other than that – being in the game late after being down to lesser competition compares well also.

One aspect of the Liberty Bowl I’m most curious about is to see how redshirtting-freshman running back Jahmyl Jeter looks.

Jahmyl Jeter didn’t know where he was going on Tuesday, but the way Mike Gundy put it, he looked good doing it.

The only running back on scholarship at Oklahoma State to not get a carry this season saw increased repetitions as OSU practiced for the second time since the end of the regular season, four weeks before a Liberty Bowl date with Missouri.

“He went the wrong way most of the time today but he’s out there,” Gundy said. [TulsaWorld]

Everything I see (including the linked article) points to Jeter being more thunder than lightning, a good sign for a backfield in need of that with their previous role player now back in Georgia.

Ol’ Fly Sweep Stitt pulls a Dana Holgersen, in-and-out in under a year.

The great Bob Stitt has been named OC at Texas State under Jake Spavital.

It seems like time would be of the essence here, signing day is in 11 days and K-State’s class is pretty bare. It seems like an athletic director could have had a list ready for a situation like this.

Hearing #Oregon defensive coordinator Jim Leavitt is still very much in the #KansasState conversation, maybe the 1a candidate with #NorthDakotaState’s Chris Klieman. Leavitt was a K-State assistant from 1990 to 1995 and has clause in his contract that he can leave w/ no penalty.

It was fun to see Tylan getting some recognition on Thursday night.

Here's what @CoachGundy and @OfficialTylan2 had to say on the red carpet tonight. Tune in to @ESPN now to see who wins the the 2018 @biletnikoffawrd!#okstate #GoPokes pic.twitter.com/KVijiBkLyd

Hugh Freeze, on running a faith-based program and his belief in Jesus: “He’s the only one I’ve ever met who can handle my junk.”

New Avengers trailer is out – I’m such a sucker for these.