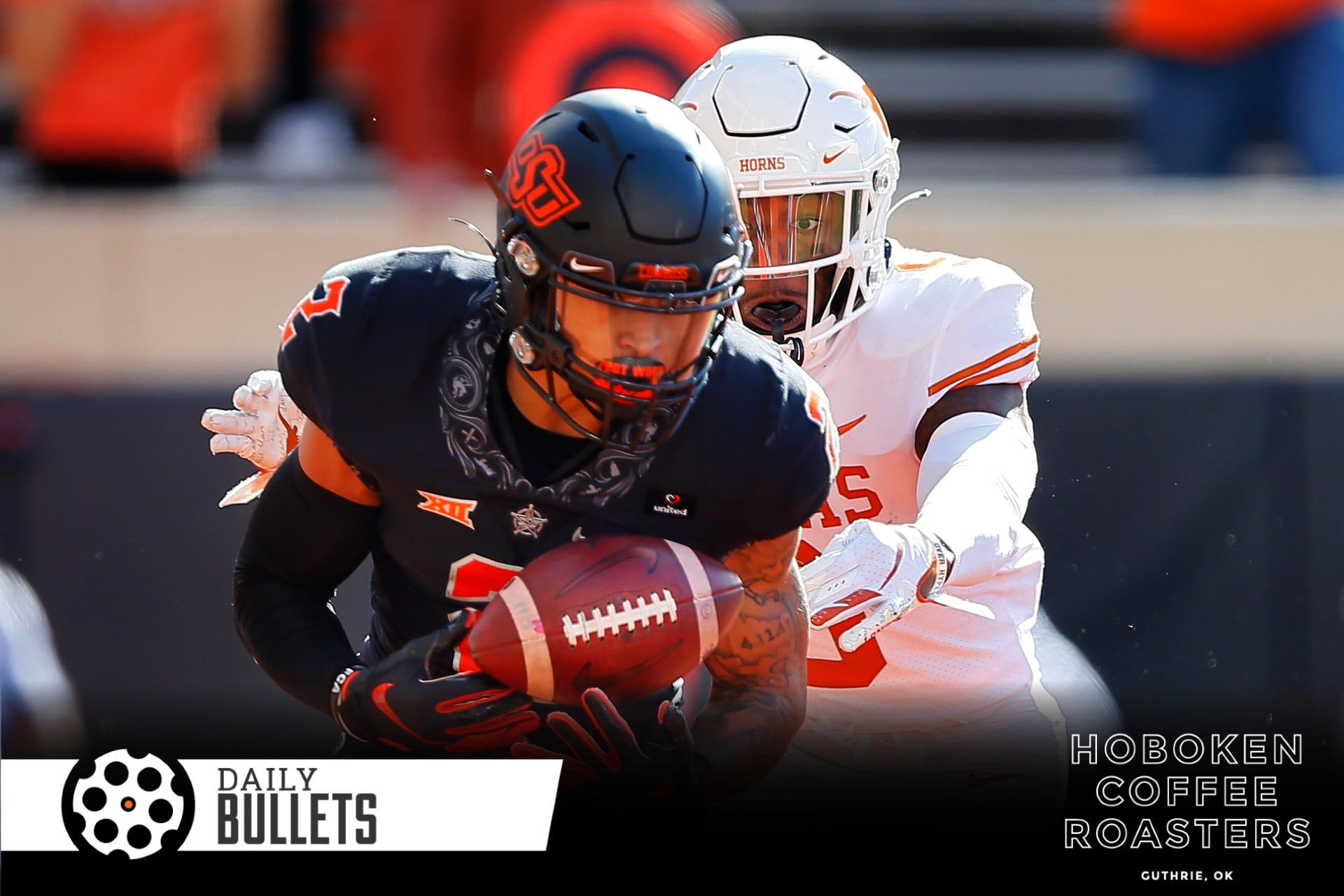 Pokes take on the Wildcats today in GIA – Dean Wade’s not coming out of the bleachers to save these Cats.

• Is Bryson Green the next star receiver in Stillwater? Don’t sleep on Brennan Presley but it seems like Langston Anderson is the other natural choice in the pipeline too

• Silent commit revealed: the Pokes landed their quarterback for the 2022 class. Had offers from Utah and Virginia Tech.

• Will we see Isaac Likekele on the floor today when the Pokes take on K-State? A lingering foot injury brings that into question.

“He’s just trying to fight through it,” (coach Mike) Boynton said. “And I probably need to sit down and make a decision on whether I need to sit him and maybe hold him for a game or two to make sure he’s good later in the final couple weeks of the season.

• Cowboy wrestling gets it’s leader back tomorrow with Daton Fix making his debut.

“We got our leader back,” (coach John) Smith said. “I think you ask any coach, ‘Go do this without your leader.’ He is our leader. Daton Fix leads this team, and he has since he’s been here. And he was when he was sitting the year out. Now we get to watch him again.”

• No. 1: Five Thoughts from the Texas win

• No. 2: Mike Boynton’s updated on the NCAA appeal