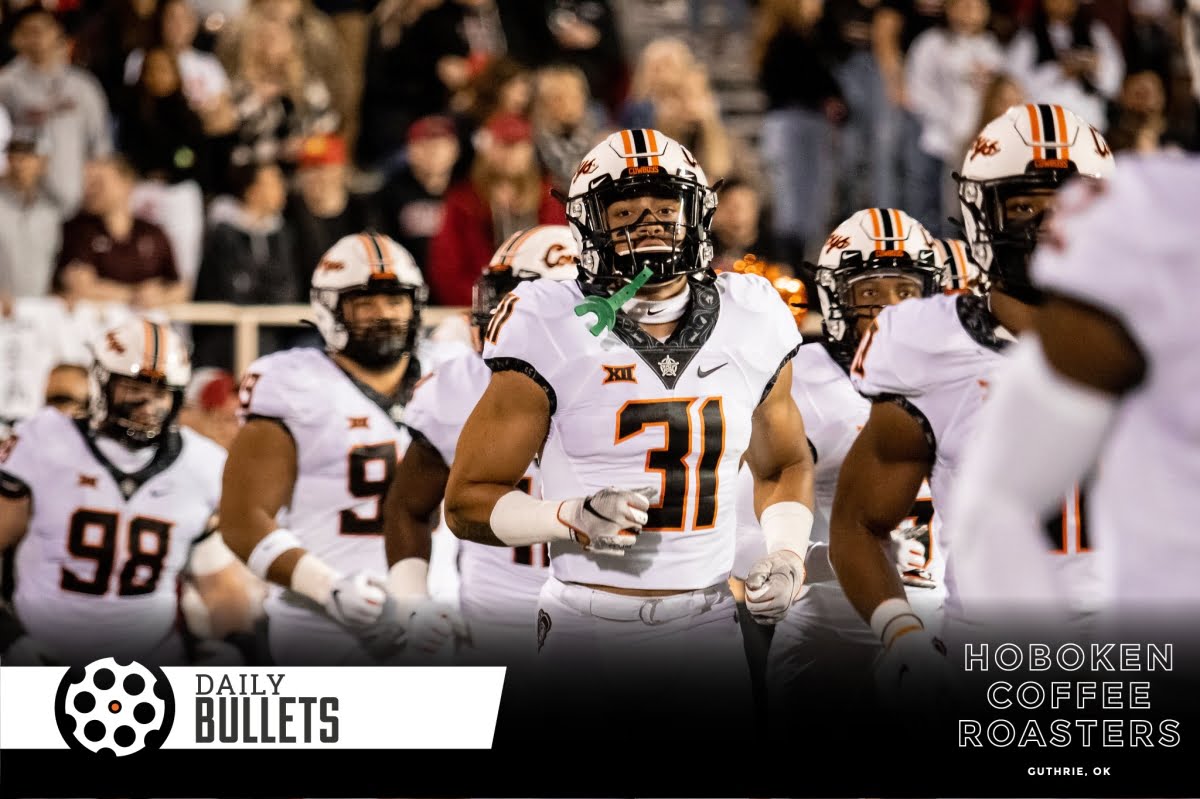 • Spring Football Chatter:
– Freshman running back Ollie Gordon’s arrival may be the most anticipated running back getting to campus since… probably Hershel Sims
– The Pokes landed a legacy transfer from Arkansas, a surprise on the recently-released spring roster

• If you were wondering where Michael Weathers ended up (one of the early Mike Boynton era players), he’s landed at SMU with his twin brother

• Here’s a great piece looking at why Jim Knowles was successful at Oklahoma State – and here’s a paragraph explaining his on field strategy:

Disguise was an essential component to OSU’s success over the last few years on defense.

Big 12 offenses HAD been torching opponents with RPO/play-action heavy spread attacks operated at tempo. They’d line up, see what the defense was doing, then attack them in space with run/pass conflicts and pick up yardage in big chunks while defensive linemen wore down.

OSU thwarted this by giving the quarterback muddy pre-snap reads with the three-deep safety looks obfuscating where there would be space or run/pass conflicts to attack and the front threatening to kill a drive with pressure if the offense wasn’t properly prepared to block everyone they needed to block.

• Congrats to these Pokes for killing it in the classroom:

• Former Cowboy defender Mike Scott is headed to the USFL after being drafted last night: